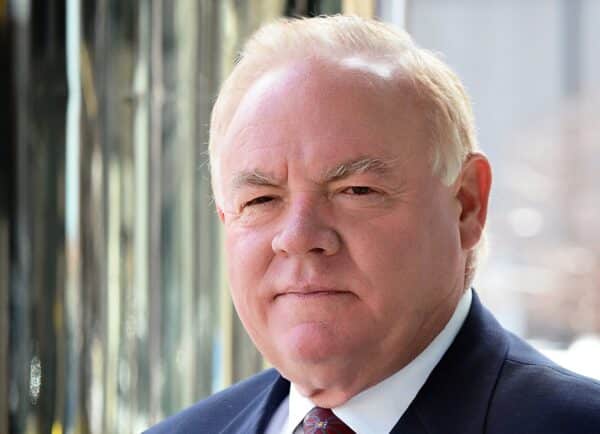 Long died just after midnight on Oct. 1 in the parking lot of Shotgun Willie’s, a strip club he was representing in a wrongful death lawsuit. That case has since been settled.

The prominent trial lawyer left behind a firm that bears his initials — George Stephen Long — and a small staff that has had a hard time moving forward without him.

“It’s been quiet. It’s just been an empty space. It’s not the same,” said Mark Lukehart, his longtime law partner and friend. “We’re practicing law, we’re taking care of our clients, but there’s not the same energy. It’s been difficult. It’s a big hole and there’s nobody to fill it.”

“Being in this space without him and his office sitting empty without him, it’s just weird.”

Lukehart says Long had a plan for GSL that included the two of them growing the firm to 10 or 20 employees. His death, following an unexpected medical episode, ended that idea.

“That was the plan but we never quite got there,” Lukehart said. “Nobody expected he was going to drop dead. That kind of threw things into an unfortunate situation.”

A solution was found at Jones & Keller, a business law firm in Denver with about 35 attorneys, where Long was a partner before starting GSL Trial Lawyers. On Feb. 1, Lukehart and three other GSL employees will join Jones & Keller. Lukehart will be a partner.

“It just makes sense,” said Brad Hamilton, another Jones & Keller partner. “It’s a good fit because we were already co-counsel with GSL on some fairly big cases; we were already working together. So, it just made sense after Steve’s death.”

For Lukehart, the arrangement means a formal end to his best friend’s firm.

“I wanted to keep the firm going, for Steve. I wanted to try to find a way to operate it,” he said Monday. “We would be OK for the next year, but nobody could bring a case like Steve.”

Jones & Keller will now litigate a case that Long took on when he worked there in 2018.

Last week, in an unrelated case, two former Midfield executives pleaded guilty to trying to bribe a Florida airport official with $63,000 in Aspen in exchange for a restaurant contract.