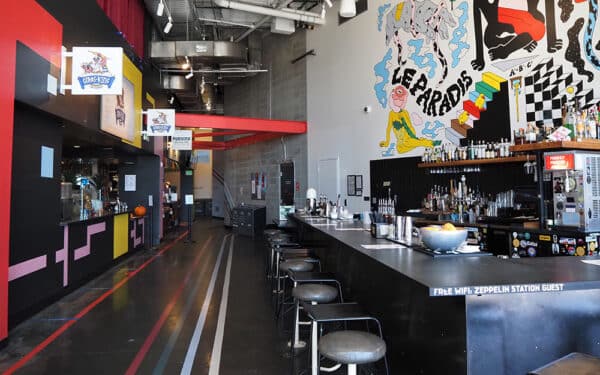 The Zeppelin Station food hall in RiNo has been operating deep in the red this year and owes its landlord $700,000, according to a company official.

As a result, the food hall is changing ownership, the building’s landlord told BusinessDen last week. But it remains open.

The food hall at 3501 Wazee St. is currently owned by RiNo Night Market LLC. In an Oct. 26 letter sent to investors of that entity, Jason Kaplan of Kaplan Cos. wrote that the business “has not achieved financial expectations that everyone had hoped for.”

“Some of this is due to the pandemic’s effect on the restaurant industry as well as the major challenges related to staffing and food costs,” Kaplan wrote in the letter, which was obtained by BusinessDen.

Kaplan wrote that the business has lost $325,000 in 2022 and sustained additional losses in previous years. The business recently received a notice of default from its landlord, Denver-based Zeppelin Development, citing a “failure to pay rent and other amounts.” 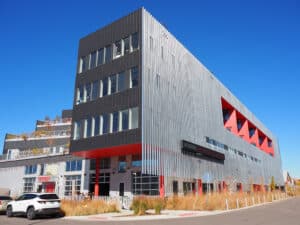 “The balance of such is substantial at approximately $700,000,” Kaplan wrote. “Currently, RiNo Night Market LLC does not have the available capital to resolve the default and the future of the business does not appear to be tracking in a way that is viable in the long term.”

Kaplan has invested in Zeppelin developments in the past, including The Source Hotel + Market Hall, which sold in August. Kaplan was also part of the group that developed the Catbird hotel at 3770 Walnut St. in RiNo.

In his letter to food hall investors, Kaplan said the business had already attempted at least one turnaround strategy. In early 2021, the company brought on Austin-based Fam Hospitality to manage operations. Fam also opened several restaurants within the food hall itself, including the Japanese and French-inspired KoKo Ni.

“They provided projections to profitability with the intent to be in the black by the fall of 2021,” Kaplan wrote. “Unfortunately, the ‘turn around’ plan didn’t materialize for multiple reasons and FAM has discontinued management and oversight of the operation.”

All of Fam’s restaurants within Zeppelin Station have shuttered, although KoKo Ni relocated elsewhere in RiNo. They have been replaced by new eateries.

“Many of us in the partnership have discussed the challenges the business is facing, and believe it is likely time to wind down the operation,” he wrote.

RiNo Night Market LLC received two loans totaling $332,000 through the pandemic-prompted Paycheck Protection Program, according to a database maintained by ProPublica. At least one of the loans has been forgiven, the database shows.

Zeppelin Development President and CEO Kyle Zeppelin emphasized in a Friday interview that the food hall remains operating, but acknowledged it is likely changing ownership to what he termed a “collective structure.”

“We’re committed to having it continue to function for our tenants and our community at the highest level,” Zeppelin said.

He described the situation as a behind-the-scenes change that will be unnoticed by the average person stopping by to grab a bite or a drink, and said the stalls with the food hall will need to reach new deals with the new owner.

Zeppelin said it was “pretty much common knowledge” that food halls and office buildings were negatively impacted by the pandemic. The four-story Zeppelin Station is both; the first-floor food hall is topped with office space, with Denver-based ski resort operator Alterra being one tenant.

The building is being marketed for sale by Cushman & Wakefield. The 102,217-square-foot building was constructed in 2018 and is 99 percent leased, according to marketing materials obtained by BusinessDen.

Shortly after noon on Friday, about 40 people ate and drank within the food hall, leaving plenty of spots to sit. That doesn’t take into account employees at the half dozen food stalls, which include one specializing in lobster rolls, another in gyros and a third in tacos. There’s also a bar and separate coffee stand.

One Denver food hall closed during the pandemic. Broadway Market, at 950 Broadway, opened in 2018 and terminated its lease in late 2021 after being closed most of the previous year and a half.

A management company brought on in 2021 failed to help it become profitable, investors were told.