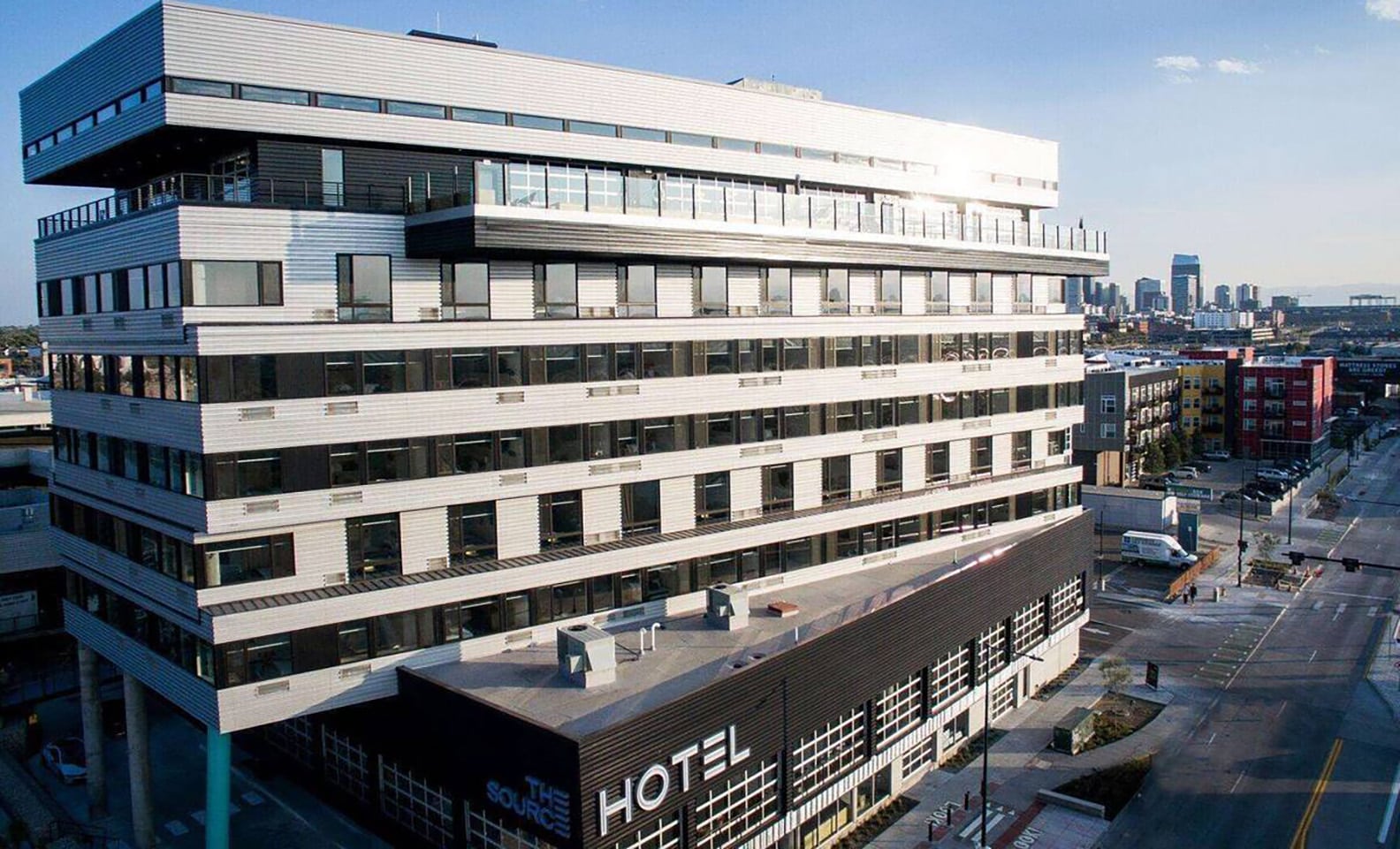 The Source Hotel is at 3330 Brighton Blvd. in RiNo. (Photo courtesy of Stockdale Capital Partners)

Developer Kyle Zeppelin has unloaded his most eye-catching local asset.

On Wednesday, the head of Zeppelin Development sold The Source Hotel + Market Hall in RiNo to Los Angeles-based Stockdale Capital Partners for roughly $70 million, he said. 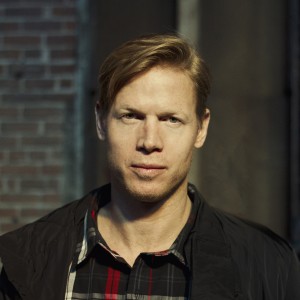 “It’s not been an easy decision, but I think the market is in the right place,” Zeppelin said of the sale.

The eight-story hotel at 3330 Brighton Blvd. has 100 rooms and opened in 2018. A room this coming weekend starts at about $300, according to the hotel website. The adjacent food hall, fashioned out of a former warehouse, opened in 2013 and “gave us the momentum to go forward with the hotel.” An attached parking garage has 300 spaces.

“The lineup for culinary tenants is probably comparable to any New York or Las Vegas hotel, for all the acclaim they’ve got,” Zeppelin said.

Stockdale said in a news release that the company plans to make “significant investments” to the property, including “refreshing guest rooms, re-imagining its rooftop restaurant, activating the hotel lobby experience and creating additional revenue drivers in the hotel’s retail space.”

Stockdale has one other holding in Denver; the company purchased the open-air retail center The Shops at Northfield earlier this year.

Under Zeppelin’s ownership, the Source Hotel was run by Union Hospitality, which also runs the St. Julien Hotel & Spa in Boulder.

Daniel del Olmo, chief operating officer of Sage’s hotel management arm, said The Source is the 14th independent hotel that Sage owns and/or manages. Many of the hotels are in and around downtown Denver, including the Crawford Hotel at Union Station, the Rally Hotel within McGregor Square and the Catbird Hotel in RiNo.

“Over the past few years, we’ve really been growing the lifestyle collection,” he said.

Del Olmo said the company plans to take a step back and “identify what is working well and what we can dial up.”

“I couldn’t think of a more unique experience that is out there,” he said. “It’s a great fit.” 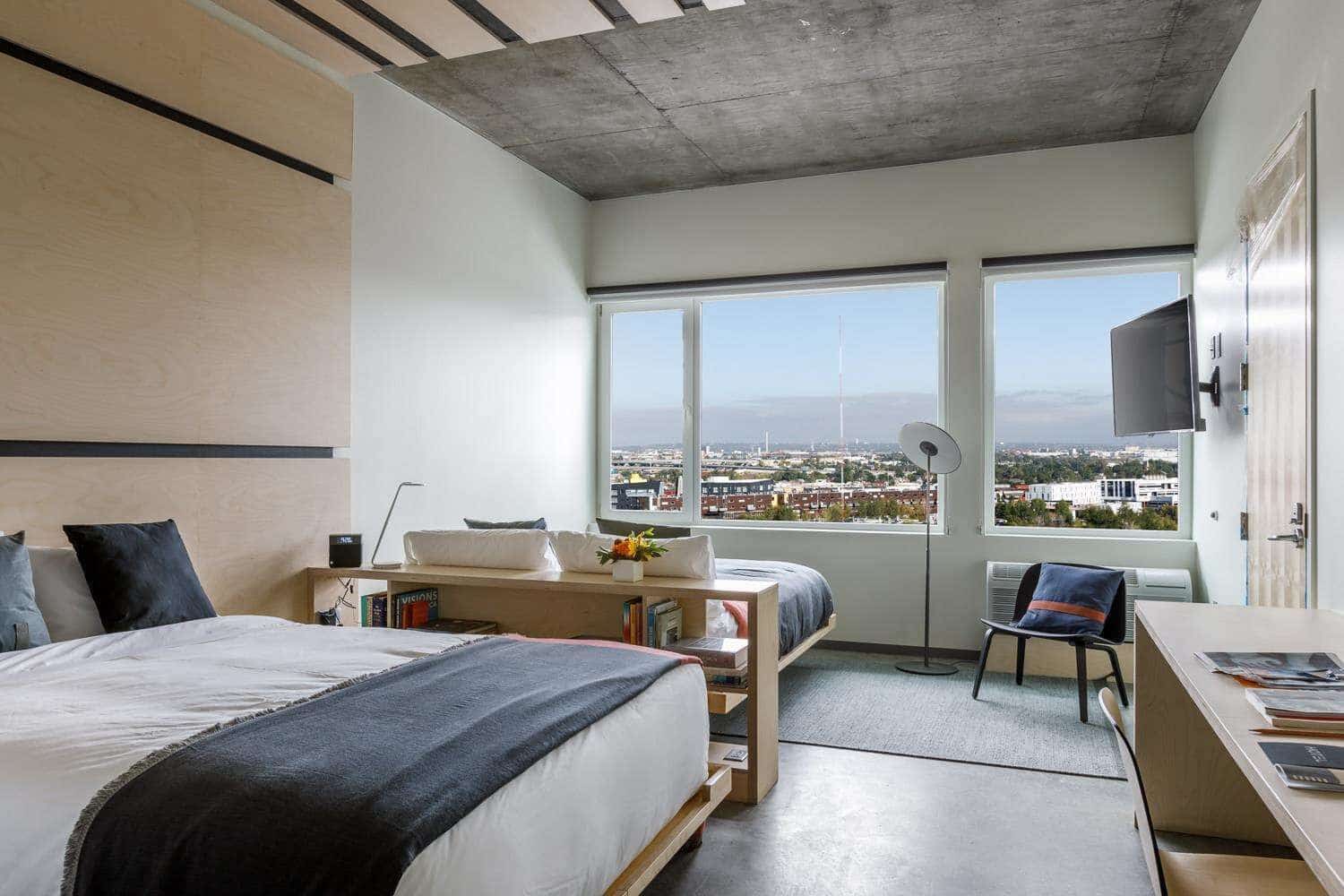 The interior of a room at The Source Hotel. (Photo courtesy of Stockdale Capital Partners)

Zeppelin, founded by Kyle’s father Mickey, has been developing in what is now RiNo since the turn of the century, with much of that activity taking place on its 28-acre Taxi campus, which used to be, in part, the depot for Yellow Cab. But Taxi is somewhat tucked away on the other side of the South Platte River, whereas The Source is on a busy corridor and gets more foot traffic.

Zeppelin spoke with pride about how other developers have flocked to the Brighton corridor in recent years.

“The goal was to provide the catalyst, but not own the neighborhood by any means,” he said.

Zeppelin will continue to develop on the Taxi campus. He said the company’s Kabin apartments, which it is building more of, have the highest rents in RiNo on a per-square-foot basis.

But Zeppelin’s eyes have increasingly turned to the high country. The company is renovating the Historic Western Hotel in Ouray, and expects to reopen it in a few weeks. The company will also debut the A-Frame Club in Winter Park, a network of small cabins by the ski resort, on Thanksgiving.

“The mountains have been pretty underserved by more forward-thinking development,” he said.

Zeppelin said he’s under contract for a site in Bozeman, Montana, for another A-Frame Club location.

The Source Hotel is at 3330 Brighton Blvd. in RiNo. (Photo courtesy of Stockdale Capital Partners)

The company is also looking farther afield with a new deal brewing in Montana.