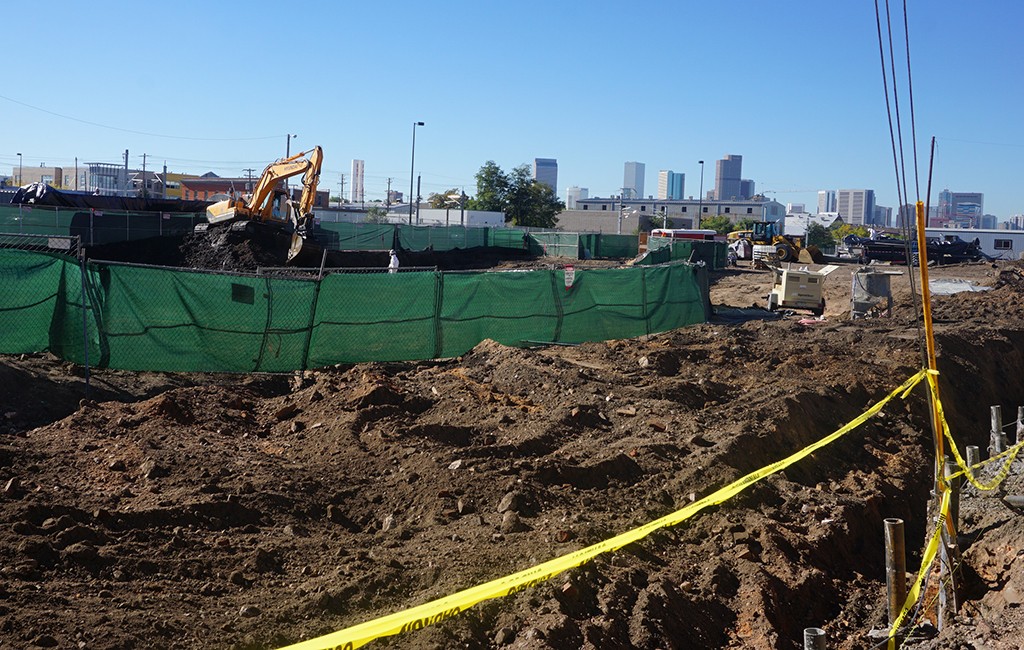 Work is underway at the upcoming Zeppelin Station development at 35th and Wazee streets in RiNo. (Burl Rolett)

With a handful of new leases signed, Zeppelin Development is getting to work on another 100,000 square feet of RiNo development.

Zeppelin Development has started construction on a new office building called Zeppelin Station at 35th and Wazee streets in RiNo. Plans call for 75,000 feet of office space and a 25,000-square-foot first floor market across from the 38th and Blake light rail station.

Principal Kyle Zeppelin said the site’s biggest draw – both for tenants and visitors passing through on the A Line – will be its location across a pedestrian bridge from the train platform.

“With all the growth and development in RiNo, what has been lacking is the connectivity, and it will land right at our front door,” he said. “The pedestrian connection will parallel the Highland Bridge, and also Union Station, at the first major transit stop to DIA.”

The project, which previously went by the working title Gauge, is about halfway pre-leased. Zeppelin said that’s the benchmark the company needed to hit to get the $36 million development out of the ground.

Zeppelin Development will move its own offices from Taxi to Zeppelin Station to be joined by Dfine Branding, Dynia Architects, Starbuck Realty Group, Brandfolder and WunderWerkz.

A previous lease deal with keg supplier MicroStar Logistics that both MicroStar and Zeppelin announced last year has since fallen through, Zeppelin said. MicroStar ended up leasing a similarly sized space at the Root Building at 15th and Platte streets. 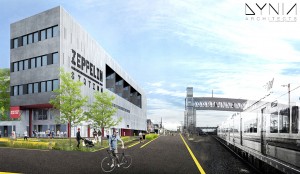 Plans call for 75,000 feet of office space and a 25,000-square-foot first floor market across from the 38th and Blake light rail station. (Rendering courtesy Dynia Architects)

Zeppelin Station’s current slate of tenants fills nearly two full floors between the building’s second and third stories. Some of them will keep making their rent checks out to the same landlord after moving across the river to Zeppelin Station.

“It’s been a combination of groups that are getting some good growth at Taxi and some other companies,” he said.

That leaves about 30,000 square feet of contiguous office space on the building’s top floor that Zeppelin said he would like to find a signature, anchor tenant for. The space is listed at $35 a foot.

“We’re going to have the prime, top floor space that opens up to an outdoor terrace available,” he said.

Zeppelin Station’s first floor will be an indoor retail market that Zeppelin hopes will get traffic from office employees and destination shoppers. He said the space will look a little bit like the Source without the singular focus on food-and-drink tenants.

His idea is to put some food vendors in the center of the market with art and fashion shops circling the perimeter of the first floor. Zeppelin is looking to get about $35 per square foot on the retail space as well.

“We’re talking to some national, more accomplished groups to try to get some retail that doesn’t otherwise exist in this market,” Zeppelin said. “It will be more curated, instead of putting up a sign and bringing in the first people that come around.”

Dynia Architects is designing Zeppelin Station. White Construction Group is the general contractor, and Zeppelin Development is financing the project with about $27 million in loans from CoBiz.

Jason Kaplan, who also owns a piece of the Source Hotel, is among the equity partners on the project. Neil Adam, who owned the Wazee Union work spaces that Zeppelin Station is replacing, also has a stake in Zeppelin Station.

Zeppelin Station is the third RiNo site that Zeppelin Development is building now. The company has another office building coming up at its current home base at Taxi. The Source Hotel also is under construction next to the original Source market on Brighton Boulevard.

“We didn’t want Taxi to be an island; we wanted to be more involved in the neighborhood,” Zeppelin said. “We’re looking at this as a third major front in RiNo, and we’re taking advantage of this billion-dollar-plus investment in the transit line.” 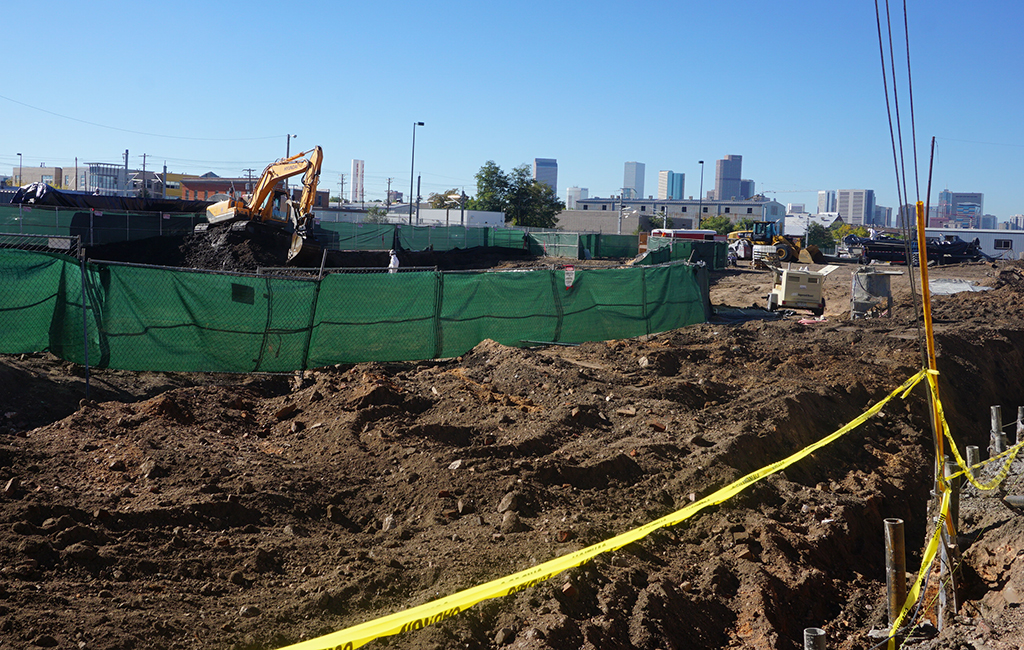 Work is underway at the upcoming Zeppelin Station development at 35th and Wazee streets in RiNo. (Burl Rolett)

With a handful of new leases signed, Zeppelin Development is getting to work on another 100,000 square feet of RiNo development where it will move its own offices.