Broadway Market, the food hall on the edge of the Golden Triangle and Cap Hill, won’t be emerging from hibernation.

Landlord Tom McLagan told BusinessDen that Broadway Market’s lease at 950 Broadway was terminated in December, and the 15,000-square-foot space is being marketed for lease.

“A food hall is a big concept that takes a lot of people,” McLagan said. “It’s not easy to start up or shut down, and ultimately, Broadway Market fell victim to COVID like many others.”

The food hall opened in 2018 and, like many restaurants, closed temporarily when the coronavirus pandemic hit in March 2020. The business reopened in a limited fashion that summer, then shut down that October, saying on social media that it was entering “hibernation mode” and would reopen in spring 2021. 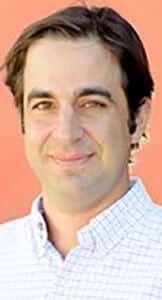 That didn’t happen. Co-owner Mark Shaker later told BusinessDen he was hoping to reopen last September, but that date came and went too.

Shaker did not respond to multiple requests for comment on the permanent closure.

Shaker is also a partner in food halls Stanley Marketplace in Aurora and Golden Mill in downtown Golden. He is working to open another in Westminster this year.

McLagan, executive chairman of Denver-based Hyder Construction Inc., purchased the Broadway building — which also includes office space on the upper floors — as part of an investor group led by him and his brother Ken McLagan for $4.4 million in 2008, records show.

The landlord said he’s ready “to bring the building back to life.”

Although the space is already built out for a food hall, McLagan said the ownership group is exploring all options, whether that’s one or more tenants.

“This is one of the highest density residential areas in the city, and there are 14 high rises being planned in the next five years. So, there will be another 5,000 residences,” McLagan said. “We’d love for this to be an activation point for the neighborhood.”