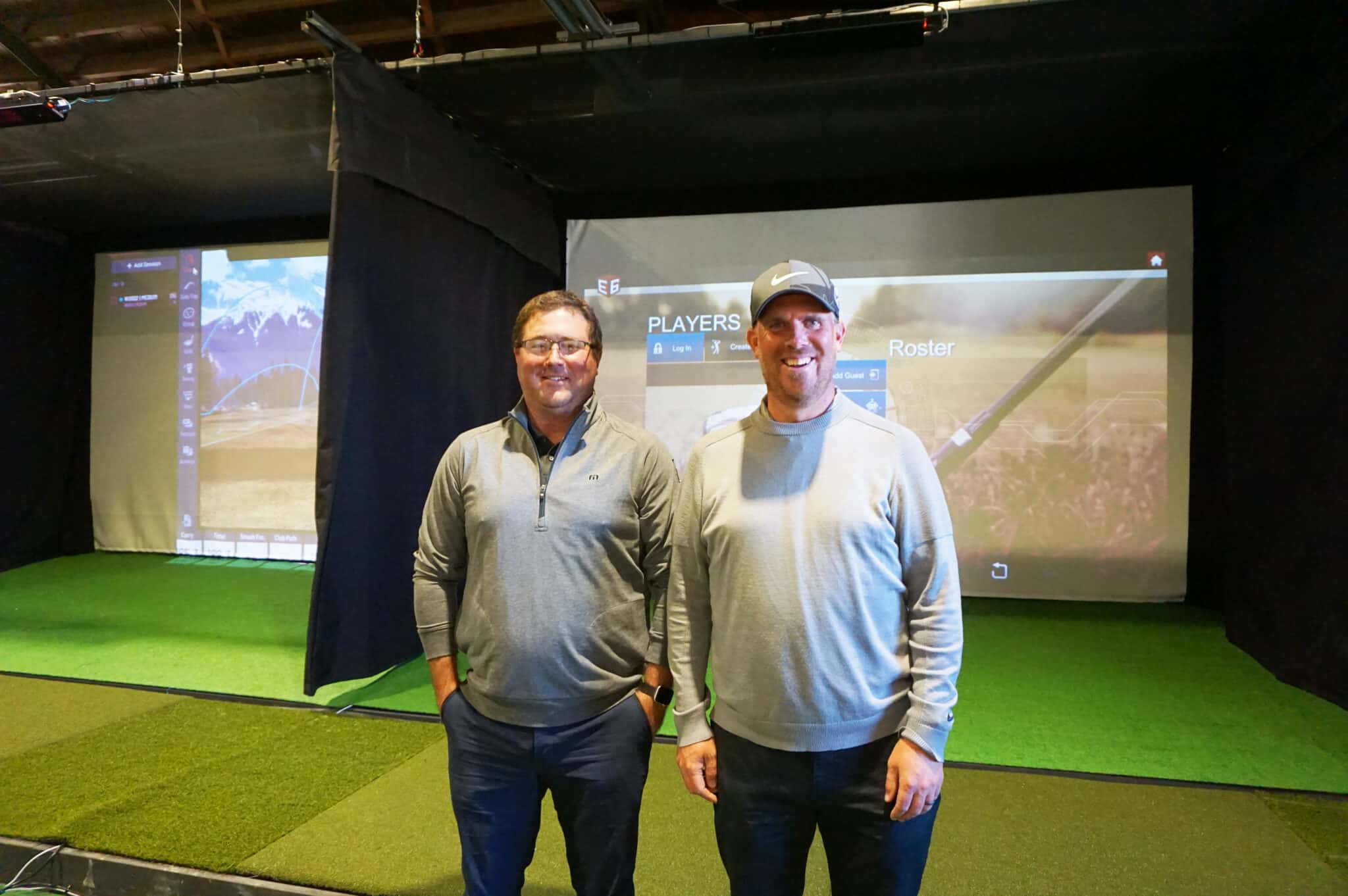 But that’s all the more reason Kyle McGee wanted to get his second Denver indoor golf facility open this week. Golfers will need a place to keep playing when the fairways go dormant and the greens freeze over.

“With the boom in golf, there’s no shortage of golfers. But there is a shortage of tee times,” said McGee, who opened Optimum Golf in North Park Hill in 2019.

He is getting ready to open a second location in RiNo at 3563 Walnut St. Tuesday.

The original location features six simulator bays, which McGee said are usually booked out one to two weeks in advance, a putting green and a retail area. There’s no bar.

“I understand that a lot of people like to drink while they play golf. But when you go to the course in a traditional setting, they happen to have a bar,” McGee said. “We’re golf professionals, teaching professionals and business professionals, and I see this like a golf course.”

Optimum Golf rents simulator bays out for $15 for 30 minutes or $30 for an hour. McGee and Alston, both members of the Professional Golf Association, also offer private lessons starting at $150. Lessons with the four other certified golf coaches start at $100. Tomasi is a club fitter and builder in the retail area. The indoor golf club has 250 students at its original location.

“I used to play hockey, got hurt and couldn’t play, so my buddy suggested we go to the driving range,” McGee said. “I hit one good 3-iron, and took my entire hockey bag the next day and swapped it for a golf bag and driver. One swing, and I was hooked.” 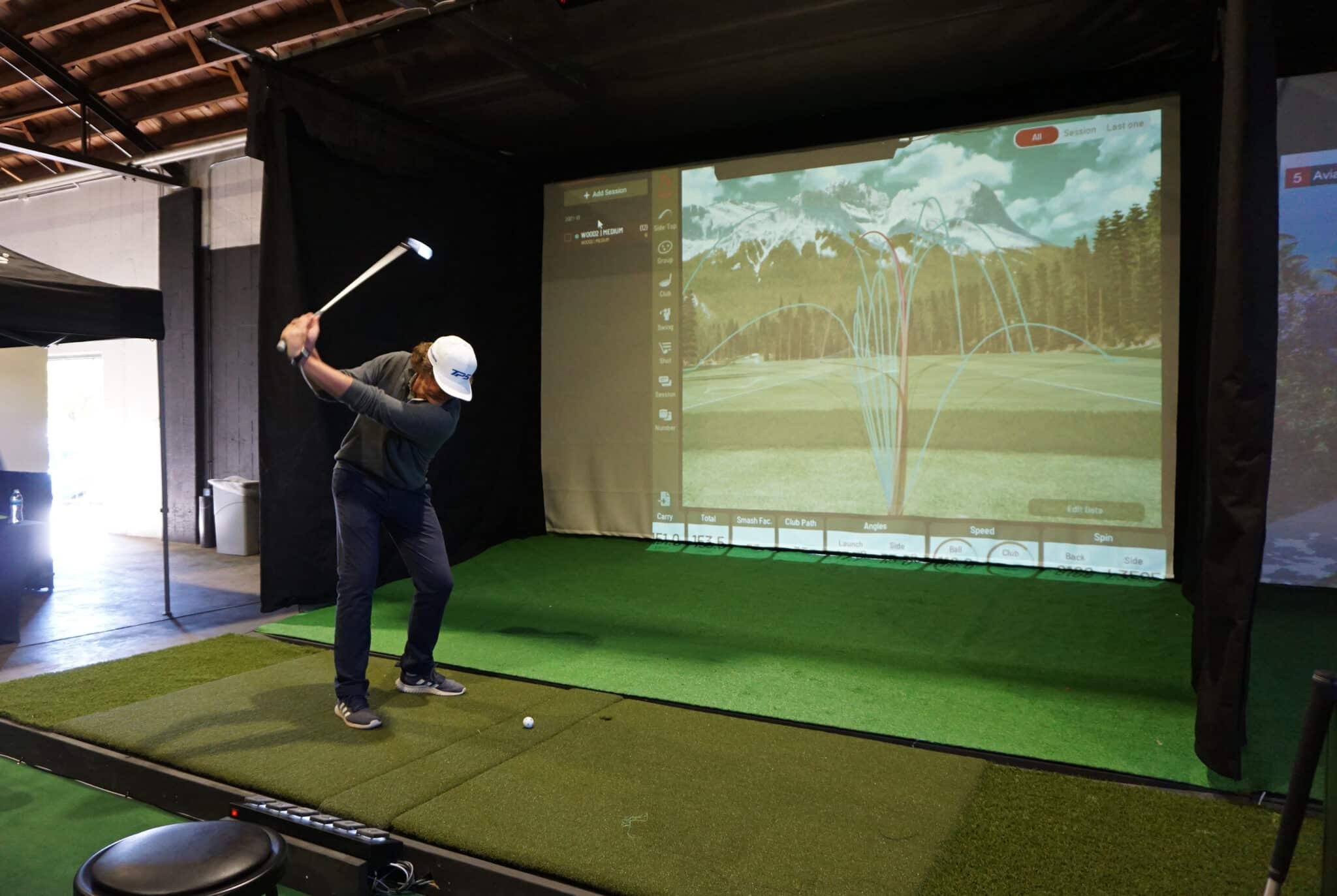 Optimum Golf is opening its second Denver location this week.

So, he began working in food and beverage at golf courses to play golf. He was the tournament director and event coordinator at Park Hill Golf Course for seven years, where he met Tomasi, who ran the course’s own indoor golf simulator, and Alston, who ran the PGA Learning Center.

After getting into the PGA program, McGee was an assistant professional at Overland, as well as a sales rep for a couple of different golf club companies.

Andrew Feinstein, CEO of EXDO Development Group, owns the 3,500-square-foot space Optimum Golf RiNo will open in across the street from Reelworks, previously known as EXDO Event Center. After taking lessons at the North Park Hill location with McGee for a year, he noticed the increasing demand and offered up the additional space for lease.

MADEwkshp previously occupied the RiNo space before it exited for its now-closed location in LoHi at 2900 Zuni St.

“As both a student and landlord, I am thrilled to have Optimum Golf in RiNo,” Feinstein said. “We have 2,500 units either just completed or under construction within walking distance, and almost 1.5 million square feet of new office building either here or on its way. Where are they going to go play golf and get their lessons in? Right here.”

“These simulators are specifically designed to be used in an indoor setting,” McGee said. “They’re infrared and photometric. Basically, because the sensor unit is above you and in front of you, it doesn’t make any mistakes in regard to ball-tracking. It takes images and uses infrared information, so every time you take a swing you can look back at the monitor and it will show you stop motion photos of your golf club coming through impact from the front of it.”

McGee said the Uneekor’s launch monitor costs around $10,000 to install with additional costs for ancillary equipment. Optimum Golf offers simulator installations to customers, so “if something breaks, we can fix it,” McGee said.

Local golf-centric watering holes with TrackMan simulators include The Local Drive, a golf simulator bar opening in RiNo early next year, GC Lounge (originally slated to be called Swingers Golf Club), which is getting ready to open in City Park West, plus South Broadway Country Club, which also has a second location on Tennyson Street and a third planned for Fort Collins.

Kyle McGee and Brad Alston started renting simulator bays at Optimum Golf in North Park Hill in 2019, and it has been so popular they’re adding a second location.