RiNo Country Club, a new urban golf and restaurant, is set to open in September at 3763 Wynkoop St., where Rebel Restaurant closed in 2018.

The bar and grill will be 1970s-themed and feature a 9-hole mini putt-putt course in part of the roughly 10,000-square-foot parking lot, a Masters Tournament-themed menu with items like ham and pimento sandwiches, bartenders dressed in golf attire, Golden Tee arcade machines, and $5 John Daly cocktails (or spiked Arnold Palmers).

Visitors will be able to pay $5 per putt-putt session, or $25 for a “lifetime” putt-putt membership.

“We’re not trying to be the next Topgolf or Urban Putt,” co-founder Joshua Schmitz said. “It’s simply a party bar that happens to have golf.”

This will be Schmitz’s fourth local concept. Under his restaurant group Handsome Boys Hospitality, he recently opened two new shops in Larimer Square: Hidden Gems, a Wizard of Oz-themed ice cream shop at 1411 Larimer St., and Drunken Bakery, an Alice in Wonderland-themed bakery next door.

Schmitz, 35, launched Handsome Boys Hospitality with his longtime friend and business partner Nick Brown during the pandemic and has since grown it from five to 60 employees. The restaurant group has offices at 1409 Larimer St. Brandon Jundt, founder of Denver-based Wynkoop Financial, is a partner in the business.

“There’s never been an easier price point of entry for real estate, and it’s never been this cheap to get into business,” Schmitz said. “We just knew we wanted to come out of COVID not with our tails between our legs, but instead swinging right hooks. We were just in a position to say yes and figure it out.” 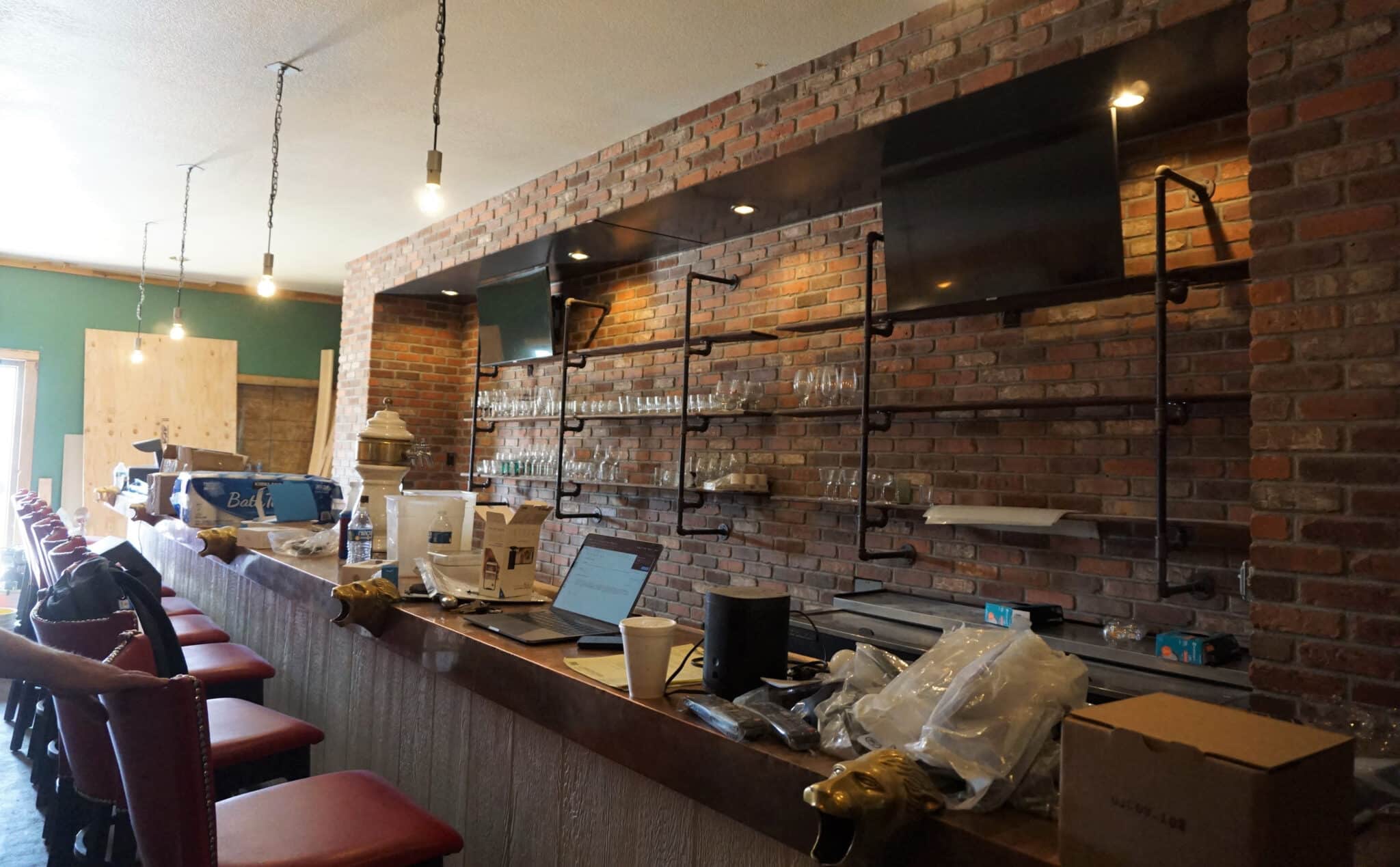 The bar is still undergoing renovations, but Schmitz said they hope to open in time for the Westword Music Showcase in September at the nearby Mission Ballroom.

Schmitz signed a two-year lease for RiNo Country Club’s 2,000-square-foot space at the end of June. Handsome Boys Hospitality’s head of operations, Mat Haberman, had been mulling the idea around for a while, and once the duo saw the parking lot, Schmitz said he “knew exactly what was going to come out of his mouth.”

“The famous  ‘Caddyshack’ quote ‘Not everyone belongs’ is sort of what we’re trying to embody here,” Haberman said.

“We’re not taking ourselves too seriously, and we’re just essentially creating a clubhouse for guys that just want to drink PBRs and play a little bit of Golden Tee,” Brown added.

Schmitz said construction will begin after RiNo Country Club’s lease is up. Once the building is complete, the concept will reopen on the building’s rooftop.

Other local golf-centric restaurants around the area include GC Lounge, a restaurant with golf simulator bays (originally slated to be called Swingers Golf Club) that’s getting ready to open this summer at 1210 E. 17th Ave. in City Park West, plus South Broadway Country Club, which added a second location on Tennyson Street in 2019.

Schmitz also previously owned Bellwether, a coffee shop and whiskey bar, for several years at 5126 E. Colfax Ave. in the Hale neighborhood. But he shut it down throughout the pandemic, and subleased the space to Nathan Szklarski, who had been hosting popular pop ups in the space when Bellwether closed.

Szklarski opened Horror Bar, a cocktail bar that screens scary movies every night, in March. But the bar closed last month after he was accused of sexual harassment on social media.

“As basically his landlord, I told him I couldn’t be associated with this, and he could no longer be in the building, since it had become unsafe after it was vandalized,” Schmitz, who has a 25-year lease on the building, said in reference to graffiti messages left on the building’s front windows.

Schmitz now plans to revive the scary movie bar as Slashers, which he hopes to reopen in August. The bar is undergoing renovations, including doubling seating capacity, investing in new TVs and audio equipment, and working with an interior designer to create a spookier experience.

Rino Country Club customers won’t have to buy memberships or worry about a dress code, but they will need a valid I.D. to buy alcohol.