In their quest to save a funeral home, they’ve met a key deadline.

Historic Berkeley Regis, a group focused on the history of the neighborhood, formally requested the city designate the Olinger Moore Howard-Berkeley Park Funeral Chapel at 4345 W. 46th Ave. as a landmark on Wednesday, the last day they could do so.

Landmark designation would be against the wishes of the site’s owner, a subsidiary of Texas-based funeral home company Services Corporation International, which last month applied for permits to demolish the 59-year-old structure as part of efforts to sell the property to Denver developer Koelbel & Co.

The funeral home, which was not a burial site, closed in January. Koelbel wants to build 58 townhomes on the 2.05-acre property.

A rendering of the proposed townhouses. (Koelbel & Co.)

The request for demolition permits prompted a routine review by city staff, which determined the property had the potential for historic designation. That kicked off a month-long window ending Wednesday during which interested parties could apply for landmark status, which would effectively ward off demolition.

“The structure itself is significant,” said Historic Berkeley Regis spokesman Bill Killam. “It meets all three landmark criteria, for history, for architecture and for geography.”

Tuesday night, about 150 people gathered at the nearby Centennial School for a meeting regarding the site hosted by Koelbel & Co., as well as Councilman Rafael Espinoza and his soon-to-be-sworn-in replacement Amanda Sandoval. 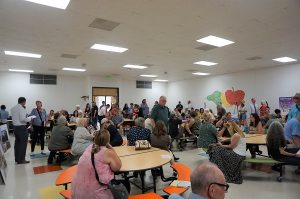 About 150 people made it to the July 9 community meeting. (Libby Flood)

In addition to expressing a desire to see the building preserved, community members voiced concerns regarding the proposed townhomes’ 250-foot proximity to the school, the potential effect on parking and traffic, fear that a new development will drive up home costs and the project’s lack of affordable units.

Killam, a 33-year resident of the neighborhood, said Historic Berkeley Regis is focused primarily on the historic significance of the building. The organization believes the site is large enough for a compromise, such as building on the lot and leaving the funeral home intact so it can be used in some fashion.

Killam said the committee sent a letter to the current owner, offering to refrain from applying for landmark designation if the company would agree to withdraw the application for demolition. He said the committee did not receive a response.

The committee launched a GoFundMe campaign on July 4 in an effort to raise $875, the fee associated with a landmark application. The campaign had raised nearly $1,500 as of press time.

“In an ideal world, you’d have a nice, open space there, with the building used by a park or a school,” Killam said. “Understanding that things are going to keep going, that there is going to be redevelopment, it’s about finding a developer that’s understanding (of the neighborhood) — that’s the ideal.” 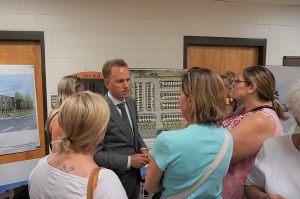 Killam said the committee has not spoken directly with Koelbel & Co. about the plans, but that he’s hopeful that will change after Carl Koelbel said at the Tuesday meeting that the company planned to talk to the local neighborhood association, Berkeley-Regis United Partners.

Reached by phone Wednesday, Koelbel said that the mortuary building doesn’t provide many opportunities for adaptive reuse, though he added that the company will “continue to look at it.”

“The chapel itself is two stained glass windows, and no other windows,” Koelbel said. “The building would have to be pretty cut up for people to be able to spend more than two hours in there.” (After this story was published, a representative for Koelbel reached out to clarify that the chapel has one large stained glass window and three smaller ones.)

Koelbel said he sees the townhome project as a way to address the “housing crisis.”

“This parcel is a suitable fit for housing in that we’re not displacing any existing residents to make more housing,” he said. “We see it as an underutilized parcel that we can use to accommodate some of the new folks moving in.”

The landmark application now goes before Denver’s Landmark Preservation Commission, which will hold a public hearing and make a recommendation to City Council, which will have the final say.

The Berkeley property isn’t the only place in the city where a landmark application has the potential to ward off redevelopment efforts. Applications for the Tom’s Diner building at 601 E. Colfax Ave. and a 114-year-old home in North Park Hill, both submitted against the property owner’s wishes, are currently pending. 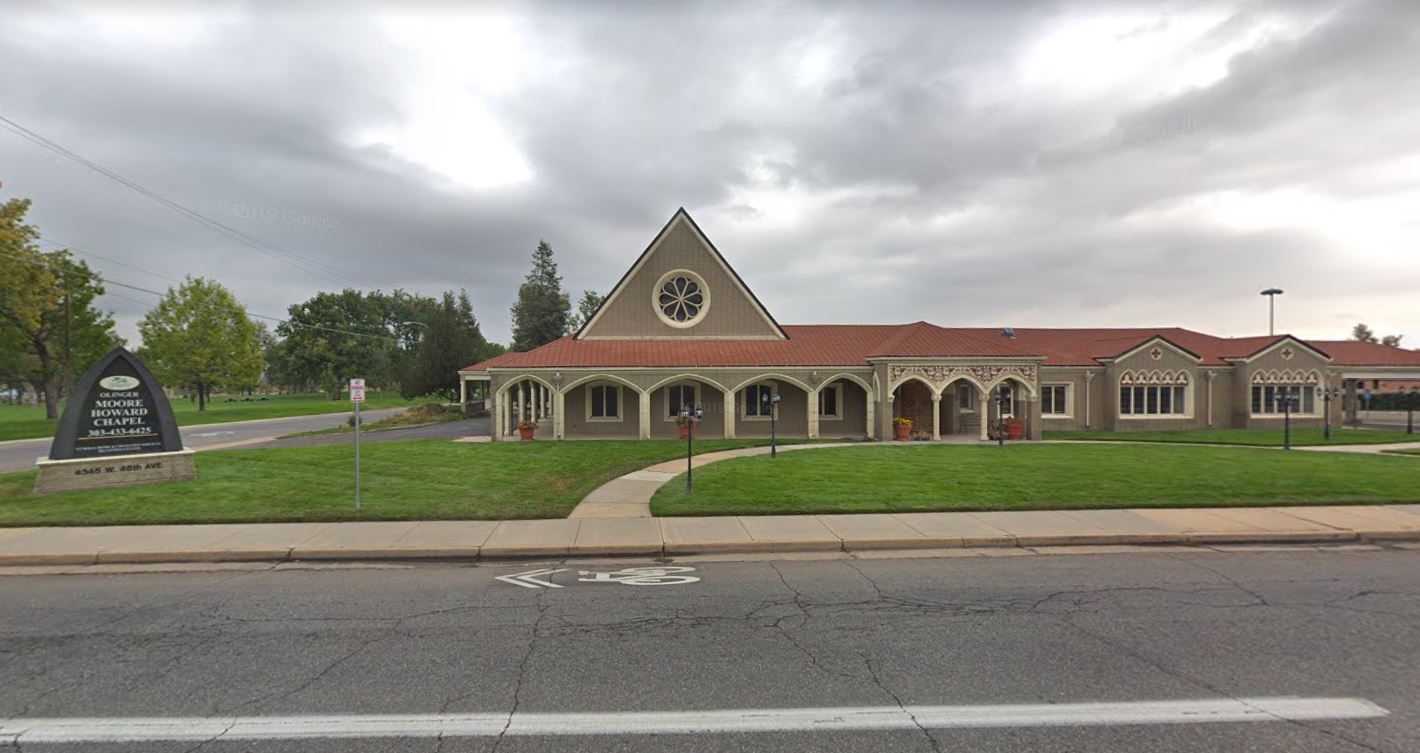 The funeral home closed earlier this year, and a developer under contract for the site wants to replace it with 58 townhomes.

I wish this article when into at least a little bit of detail about the historical qualifications of the building since that is at the core of the issue.

Hi Ann, editor here. Thanks for the comment. Anyone interested in more on the building’s history should definitely check out the report the city produced when it determined the structure had the potential for historic designation https://www.denvergov.org/content/dam/denvergov/Portals/646/documents/landmark/Posted_properties/4345_West_46th_Ave_Demo_review_staff_report.pdf

These hostile landmark designation applications are an affront to personal property rights brought on by mob rule of a few NIMBY neighbors. The whole Denver landmark process needs to be reworked so only the actual property owner can designate their property as a landmark. If the neighbors are so intent on making it a landmark, they should just start another GoFundMe and buy the property.

Thank you for this information.