The funeral home, which is no longer operating, is located at 4345 W. 46th Ave. in Denver. (Google Maps)

A recently shuttered funeral home in Berkeley may not be long for this world.

The owner of the Olinger Moore Howard-Berkeley Park Funeral Chapel at 4345 W. 46th Ave. has applied for permits to demolish the structure, and city records show that an executive with Koelbel & Co. has submitted preliminary plans proposing the construction of 58 townhomes on the 2.05-acre site.

The funeral home was constructed in 1960 and designed by J. Roger Musick, one of Denver’s well-known midcentury architects, according to documents prepared by the city. The business closed at the end of January, according to The Denver Post.

This month, city landmark preservation staff — who review all total demolition permit applications — determined that the site has the potential for historic designation. That kicks off a window during which interested parties can seek to prevent demolition by requesting the site be designated a landmark, against the property owner’s wishes.

At least one party has indicated they plan to request the landmark designation, according to the city’s website. They have until July 10 to submit the application and pay the associated $875 fee. Landmark requests made without the property owner’s consent are rare, although one such request was made just days ago for the Tom’s Diner building at 601 E. Colfax Ave.

The funeral home property is owned by a subsidiary of Services Corporation International, which owns and operates funeral homes and cemeteries. It is not a burial site. A Koelbel executive declined to comment, citing a confidentiality clause. 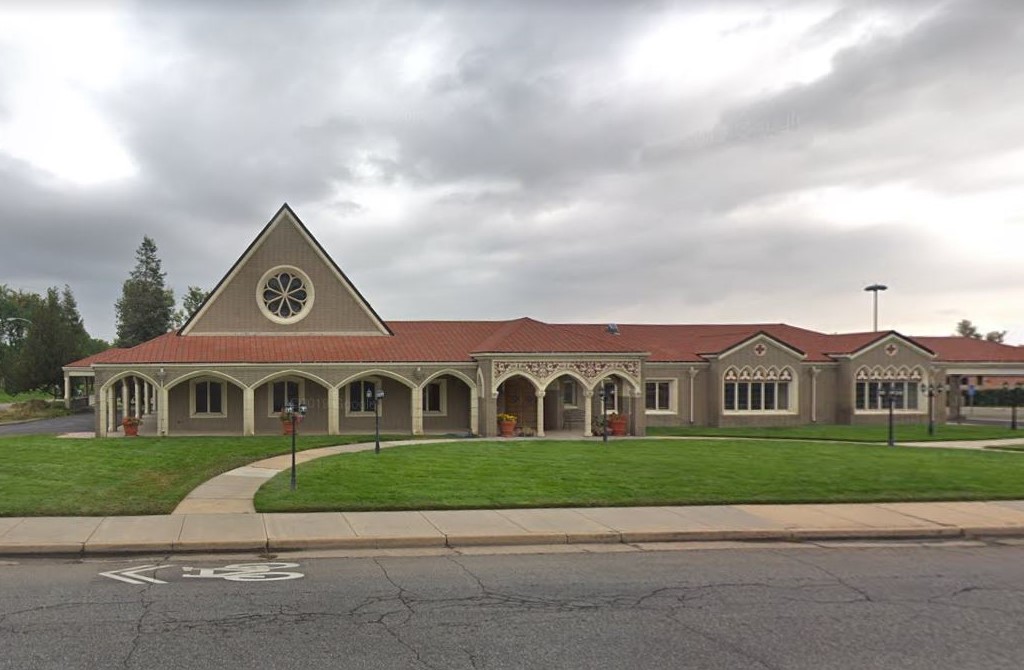 The funeral home, which is no longer operating, is located at 4345 W. 46th Ave. in Denver. (Google Maps)

A townhome project has been proposed for the site. But city staff have determined the building has the potential for historic designation.

Is ugly and of no redeeming value.
I have never been a fan of the building.

Oh but replacing that building with 58-condos on an already over saturated Tennyson Street would look so much better? Will miss the farmers market & various opportunities the 2.05 acre lot provided for the community of Berkeley!