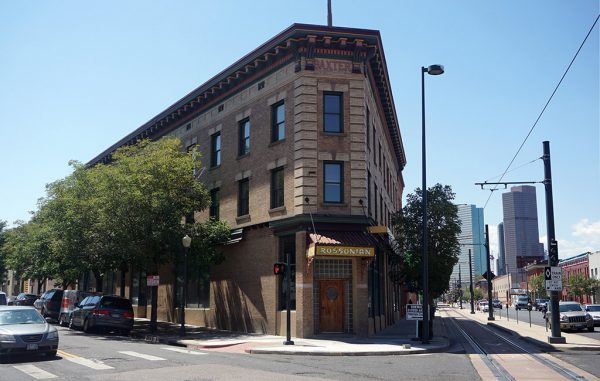 The Rossonian Hotel at 27th and Welton streets sold for $6 million. (Lynn Yen)

Five Points’ landmark jazz club and hotel is handing over the keys to a new owner.

Palisade Partners, a residential developer, has been working in Five Points since it bought the site for The Wheatley in 2013. Palisade head Paul Books said the group is weighing possibilities – including hotel, office and residential space – for the three-story Rossonian and its surroundings.

Palisade is looking to buy the entire 2600 block of Welton Street, Books said. It is under contract for a pair of parcels on the southern corner of 26th and Welton streets, he said, and is in talks with two remaining property owners.

“We’re hoping for a cohesive project among the entire block,” he said.

The Rossonian Hotel’s triangular facade has anchored the southwest corner of 27th and Welton streets for a century. It comprises 25,000 square feet, including an annex added to the original building in the 1990s and a small basement.

The Rossonian was a famed stopping point for jazz musicians like Duke Ellington and Ella Fitzgerald in the 1920s through 1940s, at a time when locals remember black performers were turned away from other downtown hotels because of de facto segregation.

Both the hotel and jazz club began declining in the late 1950s. The Rossonian briefly was converted into office space in the 1990s and has stood empty for years since.

The past two decades have brought renewed interest in the defunct hotel – and in the neighborhood at large.

Bourgeois, a longtime Welton Street developer, bought the property in 2006 for $800,000 with the goal of reopening the National Historic Landmark-designated building as a jazz venue and restaurant.

Palisade entered the picture three years ago, when Bourgeois’ firm, Civil Technology, began working on a redevelopment proposal with Palisade and Confluence Cos. The Denver Post reported that hotel developer Sage Hospitality was also in negotiations to put a 120-room hotel and up to 40 condos, plus restaurants and retail space, on the site.

In the background of their hotel plans, Welton Street was changing. The corridor has attracted New York-style bagels and craft beer, an 18-story apartment building and a sliver of mixed-use infill.

Palisade, Confluence and Bourgeois have been a part of the growth spurt. The trio worked together on Lydian, a 129-unit apartment project with retail and office space, as well as a townhome project in Five Points. Palisade is the group behind The Wheatley, another mixed-use project completed last year at 2460 Welton St.

Books said The Wheatley put Palisade in the habit of consulting Five Points locals before putting shovel to dirt. The Rossonian redevelopment will follow the same trajectory, he said, and Carl Bourgeois will continue to be involved in the deal. 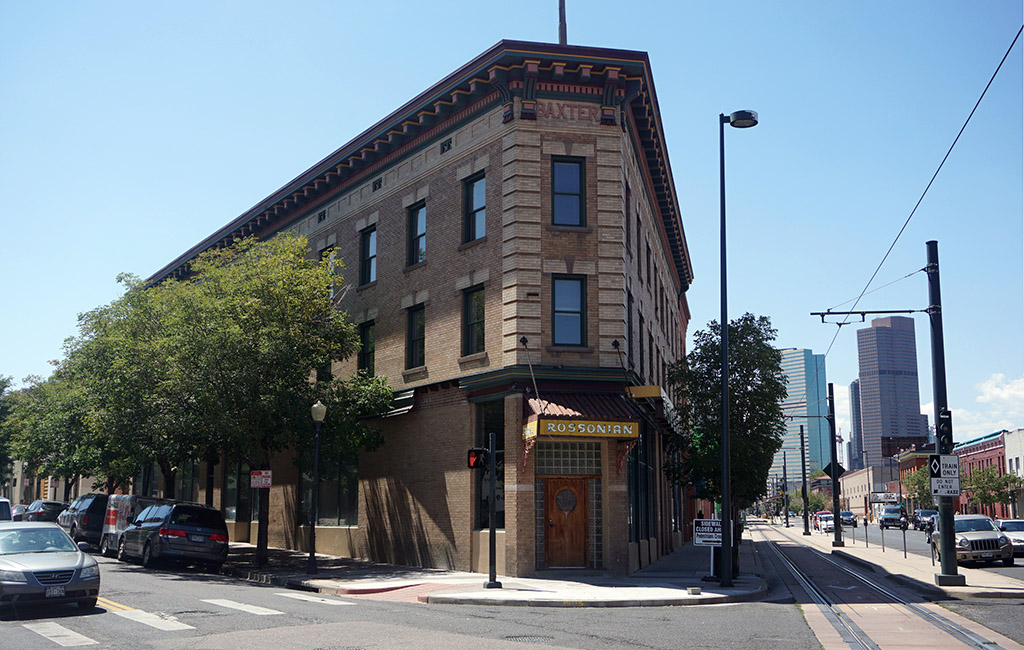 The Rossonian Hotel at 27th and Welton streets sold for $6 million. (Lynn Yen)

Developers are weighing possibilities - including hotel, office and residential space - for the long-vacant, three-story former jazz club and its surroundings.

Mr. Carl Bourgeois. Owner of Civil Technologies is a very business-minded man but he’s so humble. I have the pleasure of meeting Carl and early 1900 he has been a total blessing to me. When I was trying just starting to dabble in some lot Lane Arena. Which I was modeling for Jazzy Enterprises. After I experienced a tragedy due to the loss of my nephew . Mr. Bourgeois gave me the motivation to turn a negative situation into a positive one which resulted in me having my own business.-then I begin to get my business off the ground Najeema Productions he was very instrumental and supportive!, she may not know the magnitude in which he has helped me I will always love him and became to know his family and love them as well may God continue to Bless this man. Thank you so very much Carl from the bottom of my heart Gina Philips Booker.