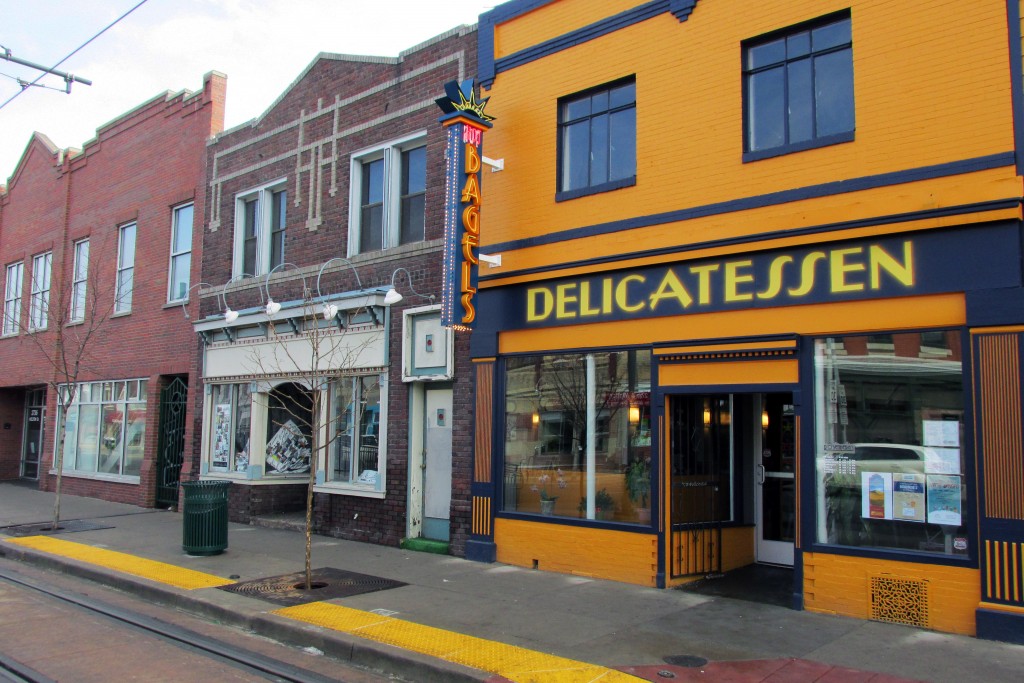 A Five Points bagel shop is expanding into an adjacent space. Photos by Aaron Kremer.

The man who five months ago brought the authentic New York-style bagel to Denver is taking the hint from the crowds that swarm his store and launching a plan for expansion.

“I was naive to think that this space would be enough,” said Josh Pollack, the 31-year-old owner of Rosenberg’s Bagels & Delicatessen in Five Points.

To keep up with demand, Pollack has leased the space next door to his shop that’s wedged between East 26th Avenue and Welton Street. 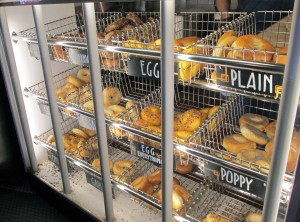 About 1,000 square feet of the new 1,500 -square-foot space will help supply the catering and wholesale business, including adding more refrigeration for the bagels to chill overnight (part of the bagel-ing process).

He hasn’t yet lined up financing.

“With catering, I think we can double our production,” he said.

The remaining space will be used to sell an expanded selection of baked goods – offering more European-style bakery staples like croissants.

Pollack, a New Jersey native who attended CU Boulder, said he has also met with Whole Foods and is in the middle of applying to become a vendor for the high-end grocer.

Pollack said he aims to open the yet-to-be-named storefront this summer.

Rosenberg’s currently has 24 employees, and Pollack said that could jump up by 10 or 15 when the new space is up and running.

As for a second location in a new part of town, Pollack hasn’t decided exactly where he’d like to set up but said the move is on the horizon.

A Five Points bagel shop is expanding into an adjacent space. Photos by Aaron…