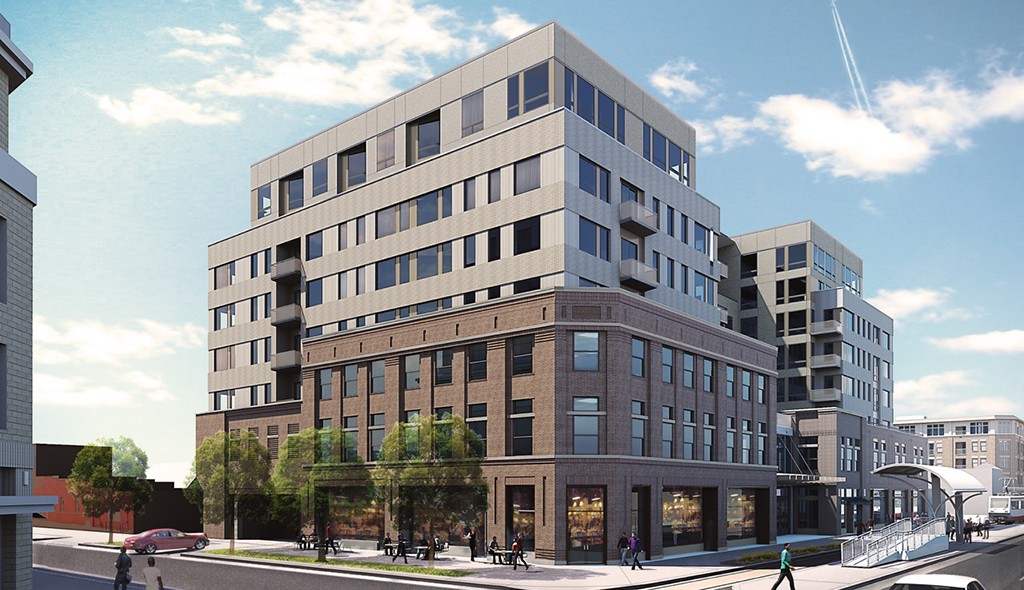 Tally another $40 million of apartments to the Welton Street development boom.

Confluence Companies and Palisade Partners have started work on another 129 apartments along Welton Street with retail and office space. Paul Books, who heads Palisade Partners, said he liked the chance to put a dense residential development with a retail forum right at the light rail station.

“The project is a little unique in the sense that we’ve really focused on the lobby, which is right at the light rail stop, as being the hub of energy,” he said. “The plan is to have the retail interact with the lobby, kind of like a much smaller version of Union Station.”

Plans for the project, called Lydian, include six stories of apartments atop 15,000 square feet of second-story office space, 10,000 square feet of ground floor retail and two floors of underground parking. Construction is underway and Books hopes to finish in fall 2017.

Palisade Partners, Confluence Companies and Five Points developer Carl Bourgeois bought the property from the RTD in 2014 for $800,000. Books said that Bourgeois held an option to purchase the site that came about while Bourgeois negotiated for the Rossonian Hotel a few blocks up, a planned rehab project that both Books and Bourgeois are invested in. 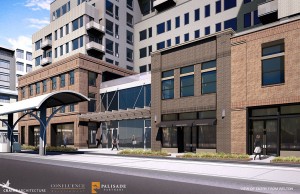 Bourgeois is no longer involved in the Lydian project, however. Books said that Bourgeois exercised his own buyout option in the Lydian to focus on other projects around town.

Books said rents on the studios and one bedrooms will be around $2 per square foot with the two-bedroom units at about $1.85 a foot. With an average unit size of 733 square feet, that pegs rents somewhere between $1,350 and $1,450.

Confluence Companies owner Tim Walsh hopes coming in a little lower on rent then other new Welton Street apartments will help the Lydian stand out.

“It’s a little bit smaller of a community than most of the other projects, and I think the rents are going to be a little more affordable,” he said. “It’s also an eight-story building, so it’s going to be one of the tallest buildings in Five Points, and we’ll have the ground-level retail.”

Books said that 22 apartments will be so-called affordable housing units reserved for renters making no more than 80 percent of the area median income. Rents on those apartments will be capped at lower prices than the market rate units.

The eight-story building’s largest units will be two-story apartments covering the seventh and eighth floors. Books expects those will appeal to families, bringing in a bit of an older demographic than he sees in other parts of town.

Craine Architecture is designing the building. Confluence’s own construction company is the general contractor. The Denver Urban Renewal Authority, Office of Economic Development and FirstBank are all pitching in financing.

The Lydian will be at least the third major development Books has worked on in the Five Points area over the last couple of years. He developed the Wheatley one block over, then teamed up with Confluence to develop a row of brownstones nearby along Washington Street.

“We basically loved everything we were doing at the Wheatley,” Books said. “We saw a larger role we could play with the brownstones, and this other property as well.”

For Confluence’s part, Walsh said he’s had an eye on Welton Street for the last three years or so.

“We saw the potential of Five Points and actively looked at different sites within the neighborhood,” Walsh said. “What we really liked about this one is it’s on the light rail, and it could be a catalytic project to transform and really revitalize Welton Street.”