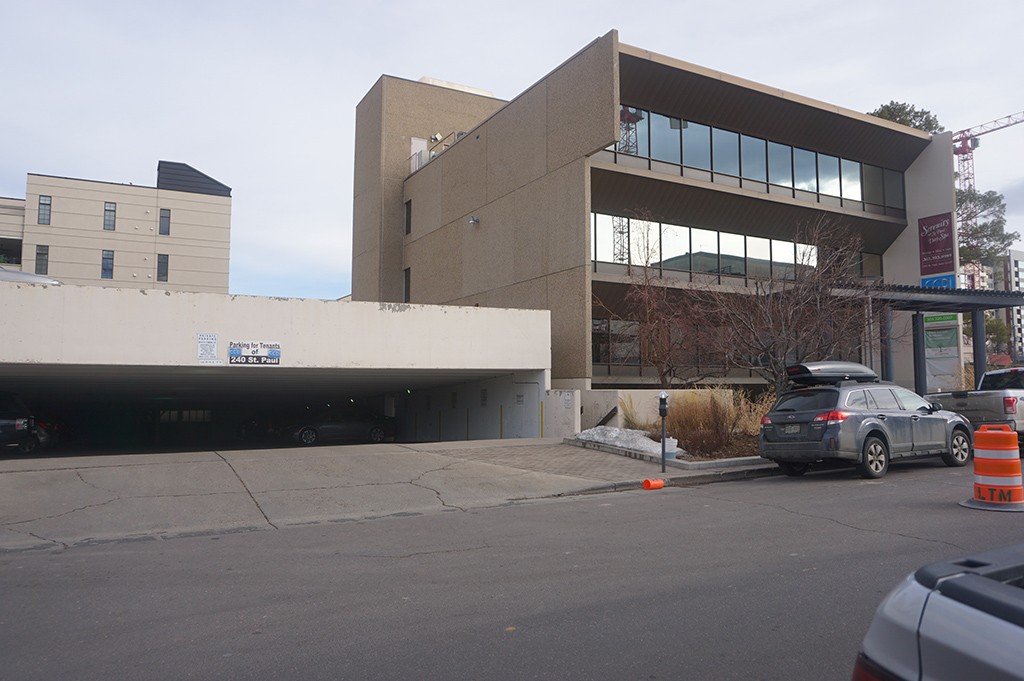 His firm BMC Investments bought another chunk of Cherry Creek real estate last month, paying $10.9 million for an office building at 240 St. Paul St. that sits on half an acre.

“Obviously we’re focused on Cherry Creek, and any site that makes sense, we want to own,” he said. “It’s contiguous to one of our properties, so we wanted to control it and had an opportunity to buy it.”

Joblon’s newest buy, the latest in a tear of acquisitions in Cherry Creek, is a roughly 25,000-square-foot building standing four stories tall. It was built in 1975, according to city records.

The property had been under the same ownership since 1993, city records show, when the seller in last month’s deal paid $685,000 for it.

Joblon plans to continue operating the property as an office building, for now. He said he’ll develop it one day, but a firm redevelopment plan is at least three years away.

“We want to see how Cherry Creek kind of rebalances itself after all the current development happens,” Joblon said.

“We’ll keep it at that level now,” he said. “We’ll keep the building full and be the value option for small tenants in Cherry Creek.”

Joblon, whose office is just a block away at Third Avenue and Milwaukee Street, recently finished projects including the Steele Creek apartment building and the Halcyon Hotel.

He has another Marriott Moxy hotel under construction, and 81 apartment units in the works at St. Paul and Second Avenue.

Next on the boards for BMC Investments is an eight-story office building at Second Avenue and Detroit Street. Joblon is teaming up with Bow River Capital on that building, which both companies plan to use as their own offices in 2018.