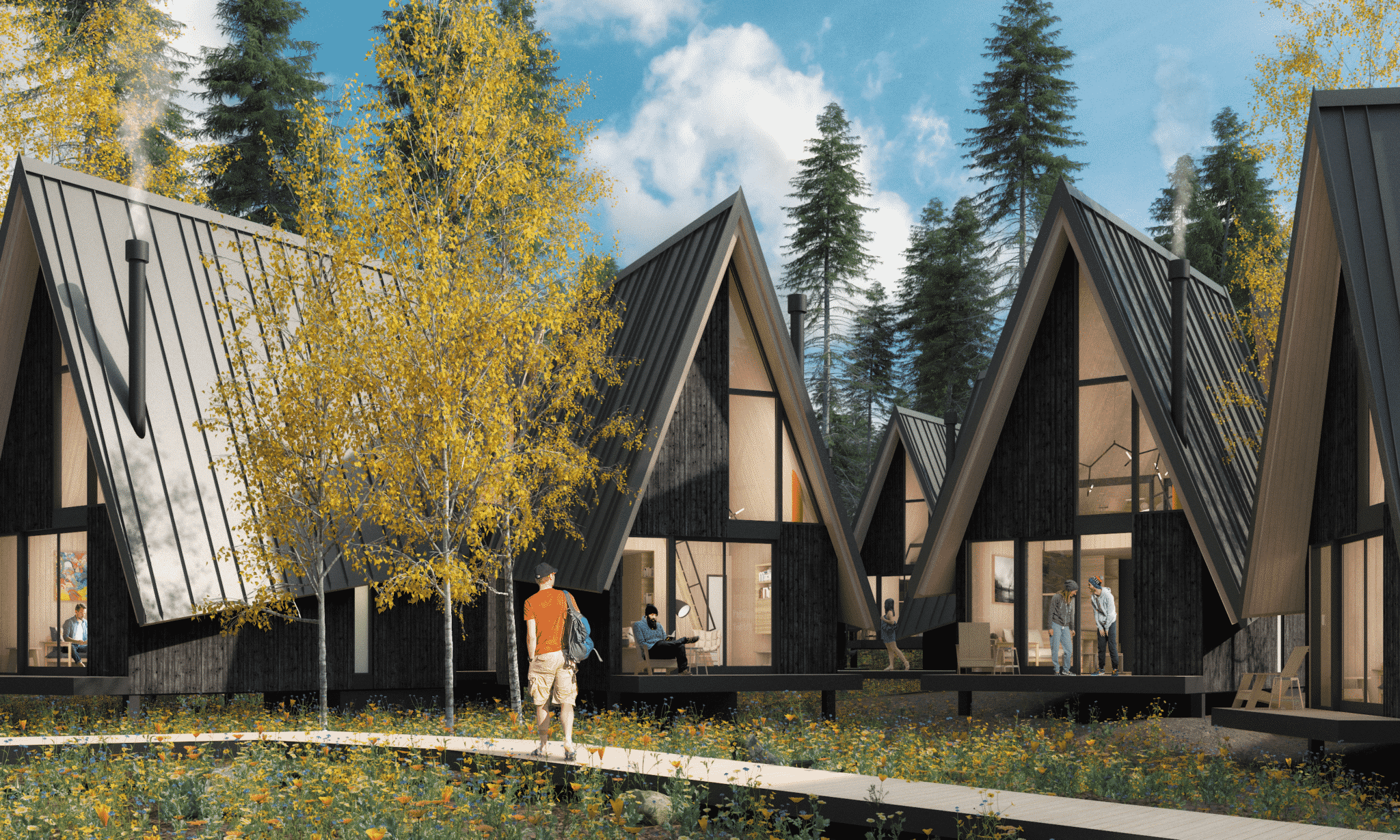 Zeppelin Development’s push into the high country is kicking into high gear.

The Denver-based development firm led by Kyle Zeppelin last week closed on a $5 million construction loan through FirstBank, enabling the company to begin construction of an A-frame village one shuttle stop away from the base of Winter Park Resort.

The 31 structures, each 460 square feet, will be operated like a hotel, likely renting for “the high $200s” a night, according to Vice President of Development Justin Croft.

“We are anticipating being open by mid-December,” Croft said.

The A-Frame Club, as the property will be known, is being constructed at 1008 Winter Park Drive, a wooded site backing up to the Fraser River. Zeppelin purchased the 2-acre site in February 2020 for $1.5 million.

The goal, Croft said, is to build a property that stands out amidst dated ski condos and uninspiring hotel buildings.

The purchase also included one building, which Zeppelin has already renovated. The ski shop that operated there is staying on as a tenant, and the remainder will be the hotel’s bar and restaurant, with cedar paneling, globe lights, leather booths and fireplaces — “a throwback to the heyday of the 1970s Colorado skiing scene,” Croft said.

While Zeppelin is most known for its work in RiNo — the firm has been gradually building out its Taxi campus for years, most recently with apartment buildings — the Winter Park project is one of two the company has in the mountains.

At the end of December, Zeppelin purchased the 130-year-old Western Hotel in Ouray, which he’s in the process of renovating. Croft said it could reopen in the late fall or early winter.

The A-Frame Club, however, isn’t just a one-off project to the firm, which anticipates building multiple sites. While no other sites have been selected, Zeppelin isn’t limiting itself to Colorado, nor to just ski towns.

And the firm expects strong business even when flakes aren’t coming down.

“We’re anticipating booking a lot of weddings at the property, as well as corporate retreats,” Croft said.

The A-Frame Club will have 31 structures, each 460 square feet, that will likely rent for “the high $200s” per night.