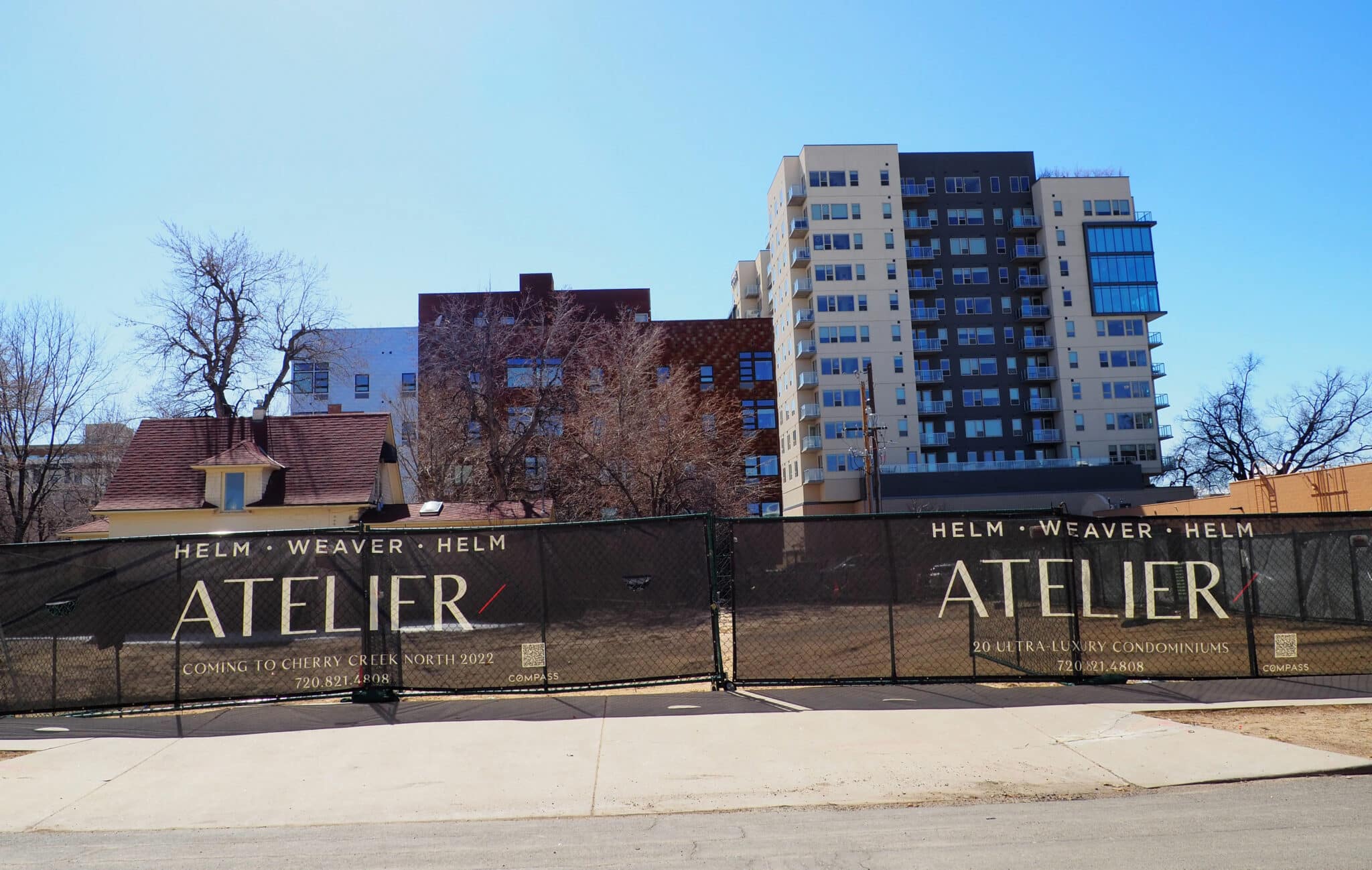 After being considered first for office, and then for condos, a corner redevelopment site in Cherry Creek is back on the market.

Roche Fore, principal and managing broker with Roche & Co., confirmed to BusinessDen that he is shopping around the 0.29-acre site at the southwest corner of 2nd Avenue and Adams Street.

Fore said the asking price is $11 million. The site is zoned for mixed-use projects up to five stories.

“It’s ripe for development,” Fore said of the corner.

The site is owned by an LLC affiliated with Blair Richardson, the CEO of Bow River Capital, which has its offices in Cherry Creek. He didn’t respond to requests for comment this week.

Richardson paid $6.8 million in July 2019 for the site, which at the time was home to a two-story office building and small residential building. The structures have since been demolished.

Development plans proposing a five-story office building were submitted to the city in January 2020. By the spring of 2021, however, the vision for the site had shifted, and a new proposal called for a five-story, 22-unit condominium building.

Elsewhere in Cherry Creek, Matt Joblon’s BMC Investments is set to break ground on a seven-story office building at 255 Fillmore St., where one of the tenants will be Denver-based Crusoe Energy. Denver-based Broe Real Estate Group, meanwhile, is about six months in on construction of its own office project, the eight-story 200 Clayton.