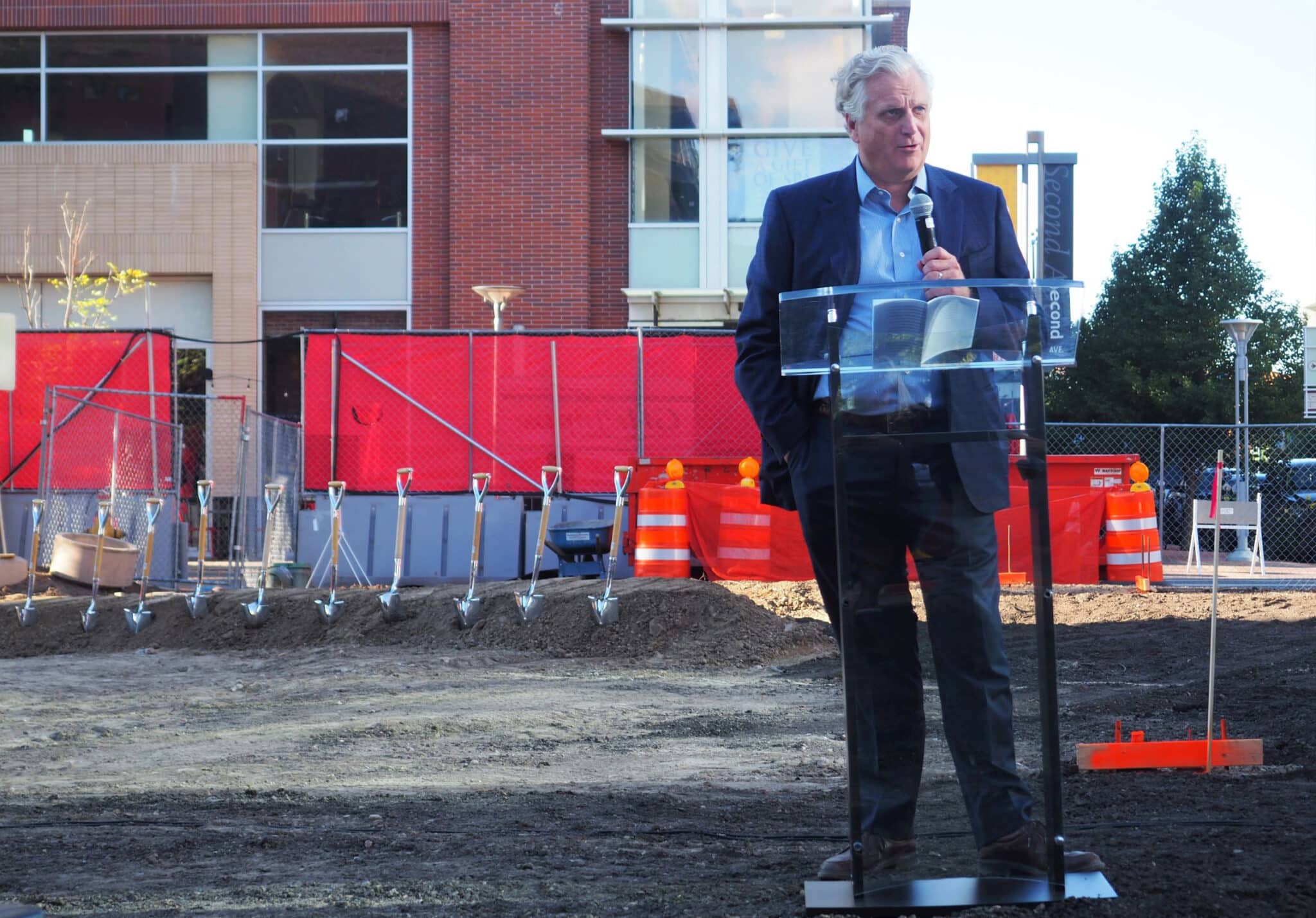 “The corner of 2nd and Clayton is truly a main and main location in Cherry Creek,” Broe Real Estate Group CEO Doug Wells said at the event.

The building, designed by The Beck Group, will have 76,000 square feet of office and retail space, with floorplates of about 10,000 square feet. GH Phipps is the general contractor, and CBRE brokers Blake Holcomb and Brian Hutt are marketing the office space.

The building is forecast to be completed in the first quarter of 2023.

OmniTrax, a railroad company that is also owned by The Broe Group, will take the second and third floors of 200 Clayton. And Wells said that another tenant, whom he declined to name, will take the fifth and sixth floors, leaving about half the building available. 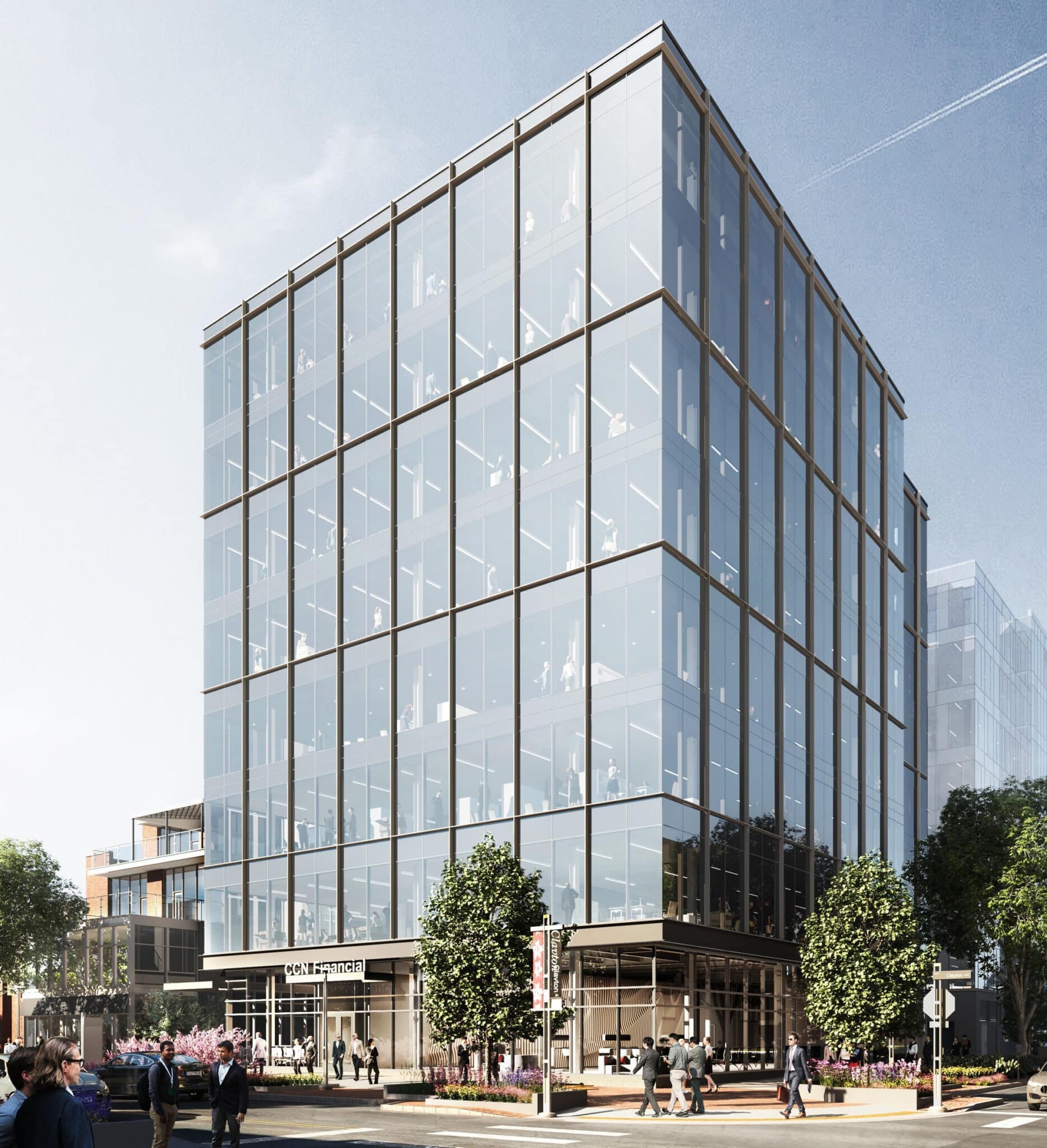 A rendering of 200 Clayton, an eight-story office building going up in Cherry Creek. (BusinessDen file)

Broe’s headquarters are in a building the company developed at 216 Clayton St., immediately north of the development site.

North of that is the 252 Clayton St. office building, where OmniTrax currently operates. Broe plans to redevelop that site as well, with a seven-story office building.

Broe developed Country Club Towers II & III, twin 32-story apartment towers in West Wash Park that were completed in 2017. But much of the company’s recent development activity has taken place out of the area; the company is developing millions of square feet of industrial space near the Port of Savannah in Georgia, Wells said.

200 Clayton kicks off as the other office project that’s been underway in Cherry Creek — BMC Investment’s six-story building at 240 St. Paul St. — wraps up.

“The corner of 2nd and Clayton is truly a main and main location in Cherry Creek,” Broe Real Estate Group CEO Doug Wells said of the construction site.