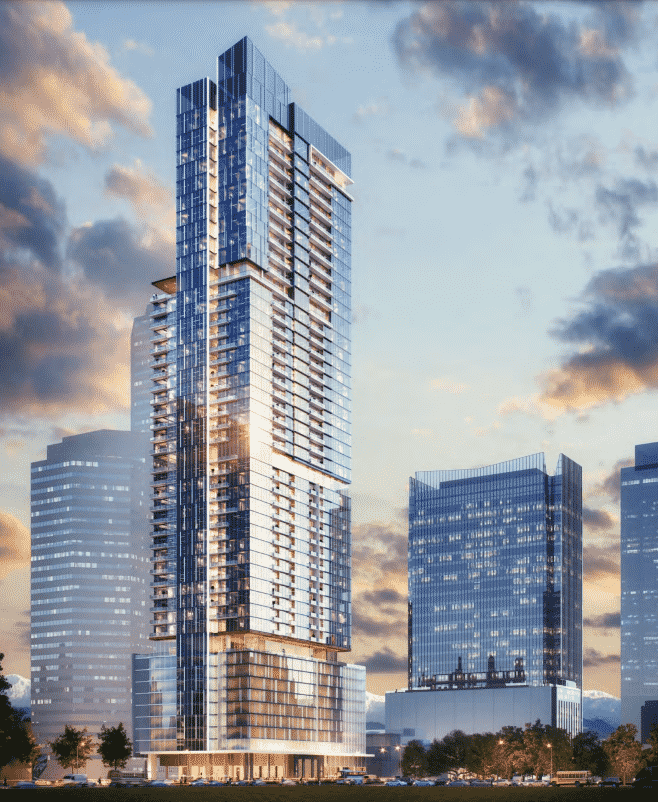 A rendering of the apartment tower that Greystar wants to build at 650 17th St. (Concept plan courtesy city of Denver)

Greystar wants to make its mark on the downtown Denver skyline.

The South Carolina-based developer submitted a concept plan to the city earlier this month proposing a 47-story apartment tower at 650 17th St.

The parking lot at the corner of 17th and California streets is one of downtown’s most prominent development sites. It gained a high profile in 2018 when a New York firm submitted plans for an 81-story tower at the site, which is zoned for unlimited height. But the firm’s deal to buy the land from parking lot baron Buzz Geller fell apart.

Geller ultimately sold the 0.57-acre lot in 2019 for $17.5 million to Harbinger Development, a firm based in the Boston area. Harbinger put the property back on the market last year for an unspecified amount. Harbinger head Eamon O’Marah didn’t respond to a request for comment Wednesday.

Greystar didn’t respond to questions as of press time. The company is one of the country’s largest developers of apartments, and owns numerous complexes in the Denver area. Recent projects include Parq on Speer in the Golden Triangle and The Pullman at 1959 Wewatta St., which Greystar sold last year.

Greystar’s proposed 650 17th St. tower would be 573 feet tall, according to the concept plan. That would make it the city’s sixth-tallest building.

The tower would have 342 apartments on floors 11 through 47, according to the plans. The 10th floor would feature a gym and clubhouse, and the 1st floor would have a leasing office and lobby as well as some retail space.

The second through 10 floors would be a parking garage with 416 spaces. 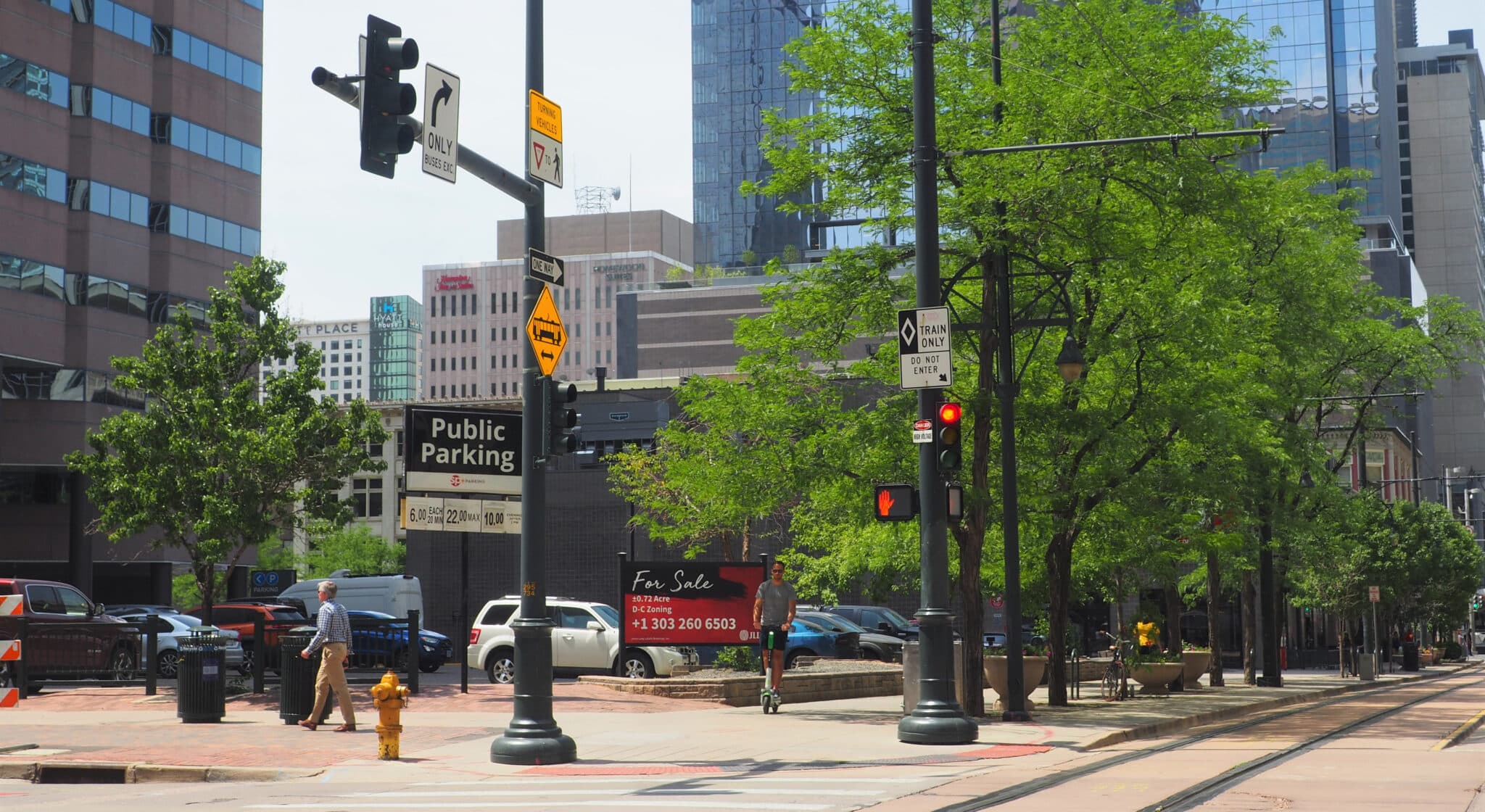 The parking lot at the corner of 17th and California streets in downtown Denver is the site of a proposed 47-story apartment tower. (BusinessDen file)

The lower floors would each have about 14 apartments, averaging 793 square feet, according to the plans. The unit count would gradually decrease higher up in the building; the penthouse level would have three units averaging 2,633 square feet.

Concept plans are the earliest stage of development plans that are submitted to the city. A city spokeswoman noted that Greystar’s proposal has yet to be reviewed, let alone approved, and could change significantly.

Houston-based Ziegler Cooper Architects is the architect listed on the project plans.

Two other major residential projects have been proposed for the downtown Denver core.

Vancouver-based Amacon plans to build a 461-unit condo project along Glenarm Place between Broadway and 18th Avenue. It would feature two towers, one 38 stories and one 32 stories, atop a shared podium. And San Antonio-based Kairoi Residential revived plans last year for a 36-story apartment tower at the corner of Speer Boulevard and Market Street.

A rendering of the apartment tower that Greystar wants to build at 650 17th St. (Concept plan courtesy city of Denver)