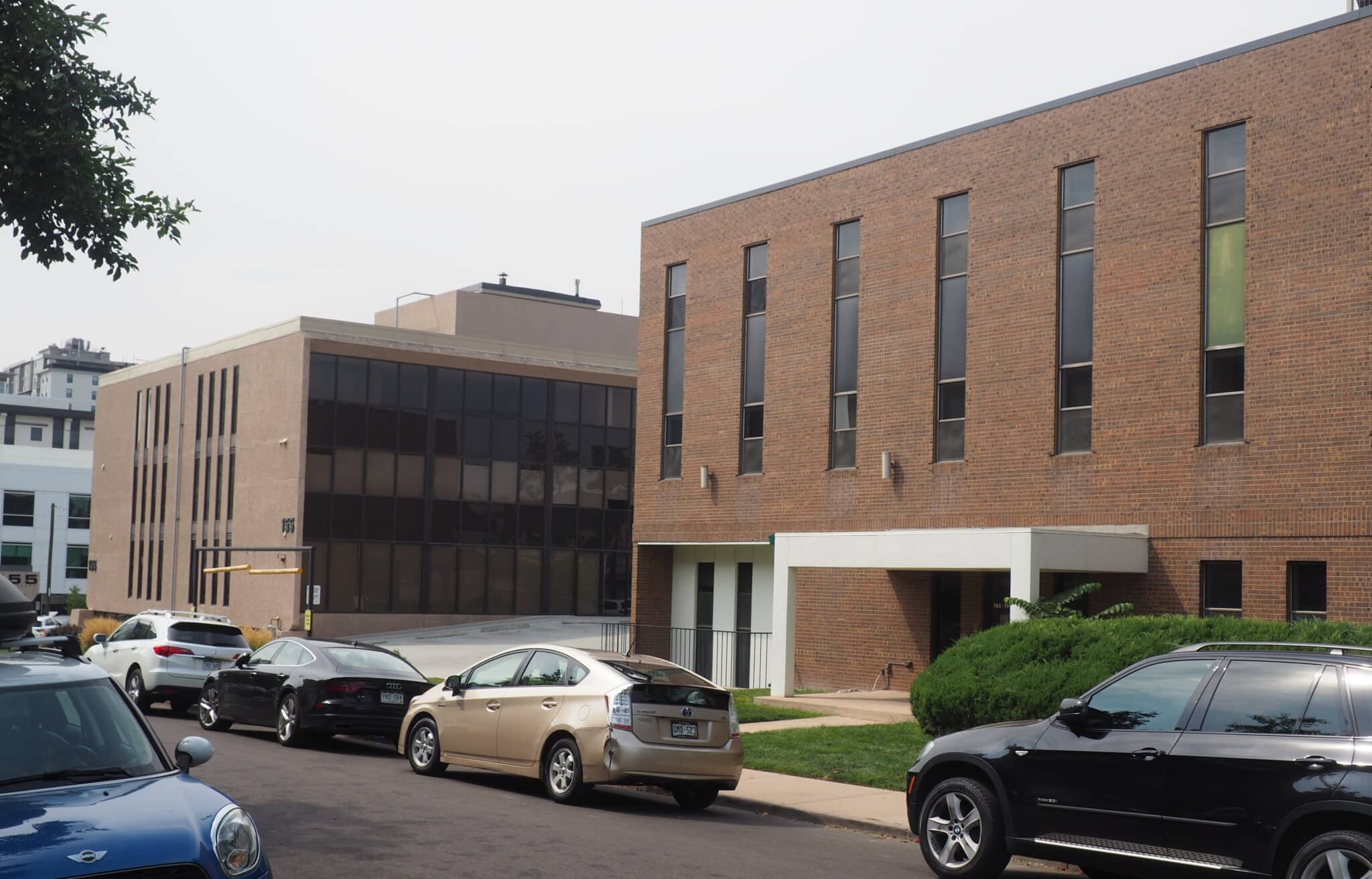 The 155 and 165 N. Cook St. parcels where an apartment complex is proposed are currently home to a pair of office buildings. (Thomas Gounley photo)

Mill Creek Residential is planning a second apartment complex in Cherry Creek, a block away from its first.

The Dallas-based multifamily developer submitted a concept plan to the city in July, proposing a five-story project at the southwest corner of 2nd Avenue and Cook Street.

The plans, which do not include a rendering and are subject to change, call for the complex to have 110 units and 165 parking spaces.

The structure would be erected on 0.89 acres at 155 and 165 N. Cook St., replacing a pair of three- and four-story office buildings. Mill Creek does not currently own either of the parcels.

Mill Creek is known for its Modera-branded complexes, and the plans refer to the project as Modera Cook Street.

A local Mill Creek executive did not respond to a request for comment.

A block east of the site, at the southeast corner of 2nd Avenue and Madison Street, Mill Creek is currently constructing Modera Cherry Creek. It paid $10.75 million for that 0.75-acre site in 2019.

Mill Creek has built a number of complexes in Denver. It sold its 197-unit Modera Cap Hill complex at 1200 Grant St. in April for $84.25 million, and in late May paid $15 million for the 1.63-acre former Rocky Mountain Public Media site in the Golden Triangle, where it has proposed an eight-story project.

The 155 and 165 N. Cook St. parcels where an apartment complex is proposed are currently home to a pair of office buildings. (Thomas Gounley photo)

The five-story project at the corner of 2nd Avenue and Cook Street is a block away from its first and would have 110 units and 165 parking spaces.