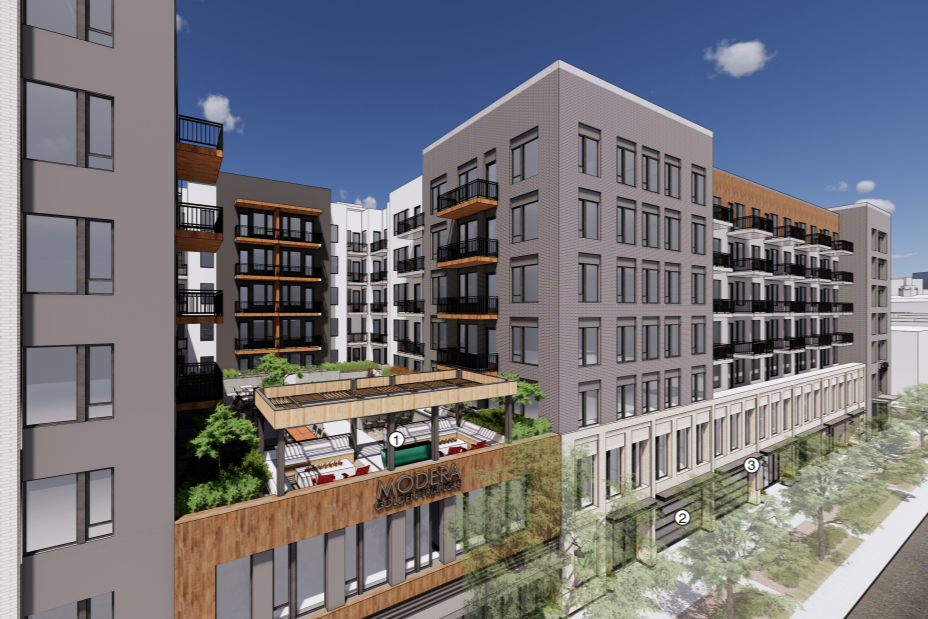 A rendering of the proposed apartment complex at 1025 and 1089 Bannock St. (Courtesy of public records)

Dallas-based multifamily developer Mill Creek Residential has purchased a site in the Golden Triangle where it has proposed an eight-story project.

The company paid $15 million last week for the 1.63-acre 1025 and 1089 Bannock St. parcel from the Colorado State Land Board, according to board spokeswoman Kristin Kemp.

That works out to $211 a square foot for the land.

The land board acquired the Golden Triangle site from Rocky Mountain Public Media in 2016 in exchange for the site in Arapahoe Square, a deal the board valued at $9.9 million. The board then leased the building back to the media organization while the new facility was under construction. 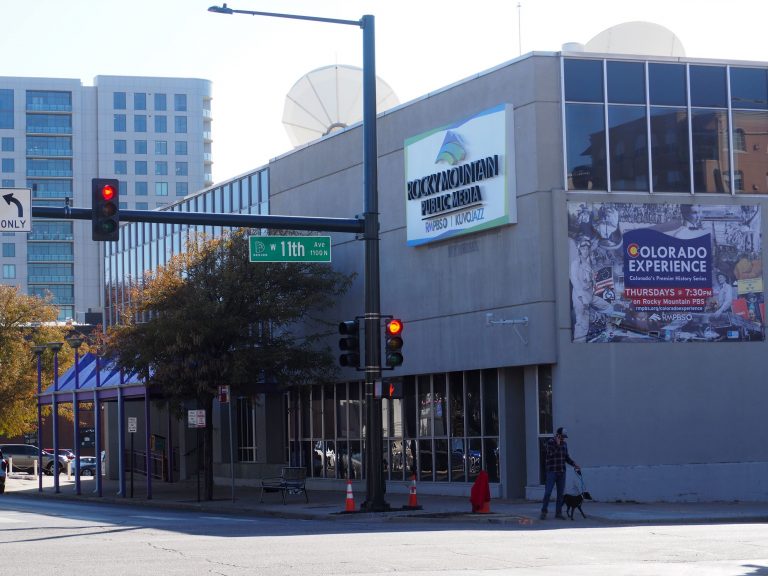 Rocky Mountain Public Media has vacated the building at the corner of Bannock Street and 11th Avenue, seen here in 2019. (BusinessDen file)

A local Mill Creek executive did not respond to requests for comment. In 2019, Mill Creek, whose apartment complexes are generally branded “Modera,” proposed a 16-story, 420-unit apartment complex at the Bannock Street property. But it scaled that down in a subsequent submission last year, which called for eight stories and 326 units. The existing structure would be demolished.

Mill Creek already has a number of complexes in the Denver area. The newest are Modera West Wash Park, at Speer and Grant in Denver, and Modera LoHi, at 2555 16th St. The company also has a project in the works at 2nd and Madison in Cherry Creek.

The Golden Triangle neighborhood is a hotbed for multifamily development, led by Charlotte-based Lennar Multifamily Communities, which is building along 10th Avenue and has more projects planned for the parking lots surrounding the Evans School at 1115 Acoma St.

A rendering of the proposed apartment complex at 1025 and 1089 Bannock St. (Courtesy of public records)

Mill Creek Residential, which already has several complexes in the Denver area branded “Modera,” is planning an eight-story structure with 326 units.