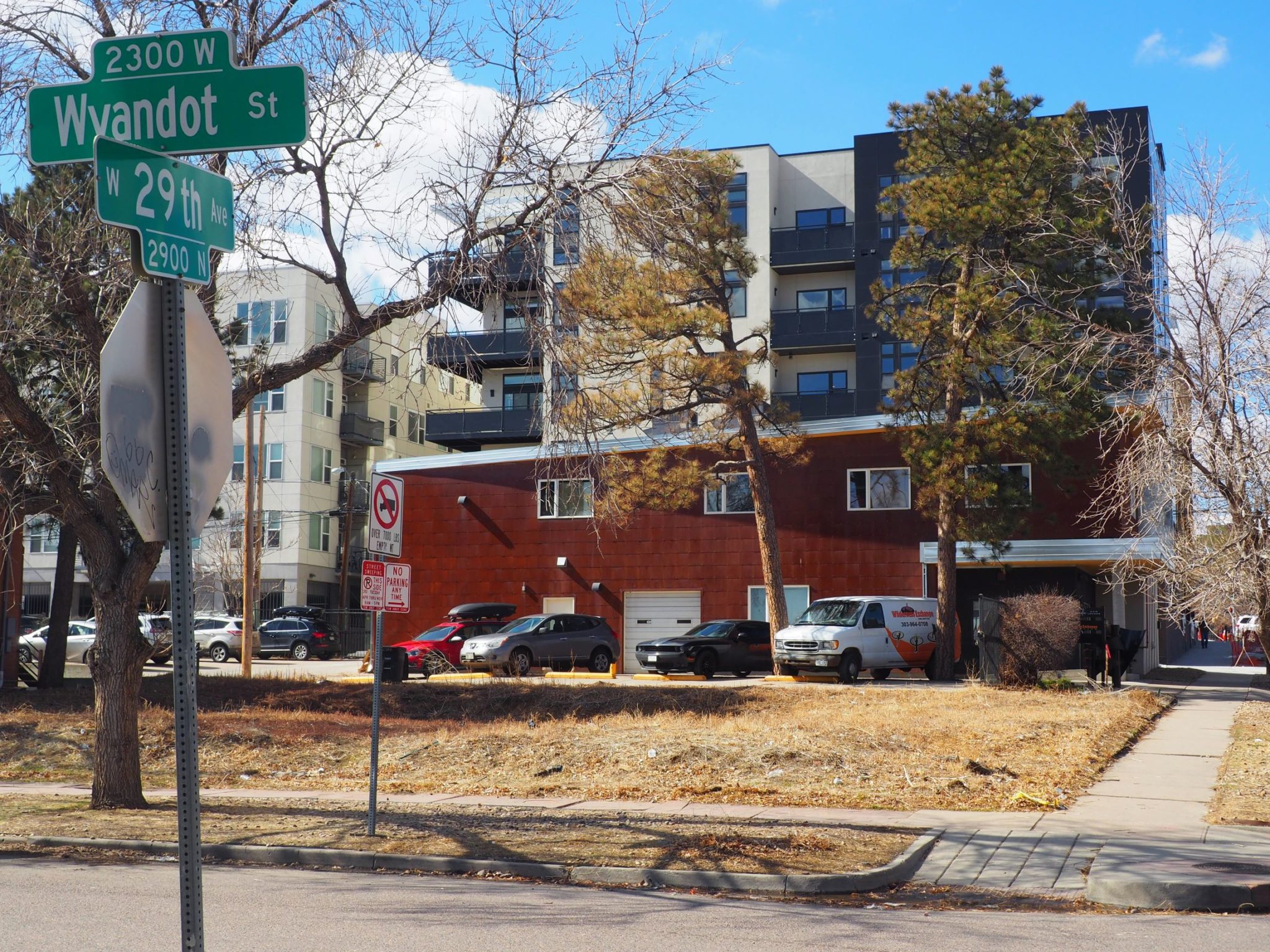 The undeveloped 2300 W. 29th Ave. lot is at the corner of 29th Avenue and Wyandot Street. (Thomas Gounley photos)

The Denver-based firm purchased a lot in LoHi for a planned project earlier this week. And it’s considering a second apartment building on land it already owns at the edge of RiNo, according to Focus President Josh Fine.

“We’re bullish on that asset type,” Fine said. “It seems to have weathered the pandemic fairly well.”

Focus, led by CEO Bahman Shafa, has developed plenty of Denver-area projects, but they’ve largely been in the office, retail, hotel and self-storage sectors. The company is also completing its first senior living complex, at the corner of Leetsdale Drive and Holly Street in Hilltop.

While the company hasn’t built a classic apartment building, Fine noted that kind of project is very similar to senior living and, to a lesser extent, to a hotel.

“This isn’t going to be our first multi-key project, but it’ll be a slightly new asset for us,” he said.

Earlier this month, Focus submitted a concept plan to the city for the property, proposing a five-story structure with five “live/work” units on the ground floor and 32 microunits above. Fine noted that some elements of that design could change, and said the company is thinking about 500 square feet for the smaller units.

Development timelines depend on many factors, but Fine said Focus could potentially break ground toward the end of this year. Construction would likely take 12 to 15 months.

The vibrancy of LoHi “is only growing,” Fine said. And the firm is generally targeting central Denver as it looks at other apartment opportunities. 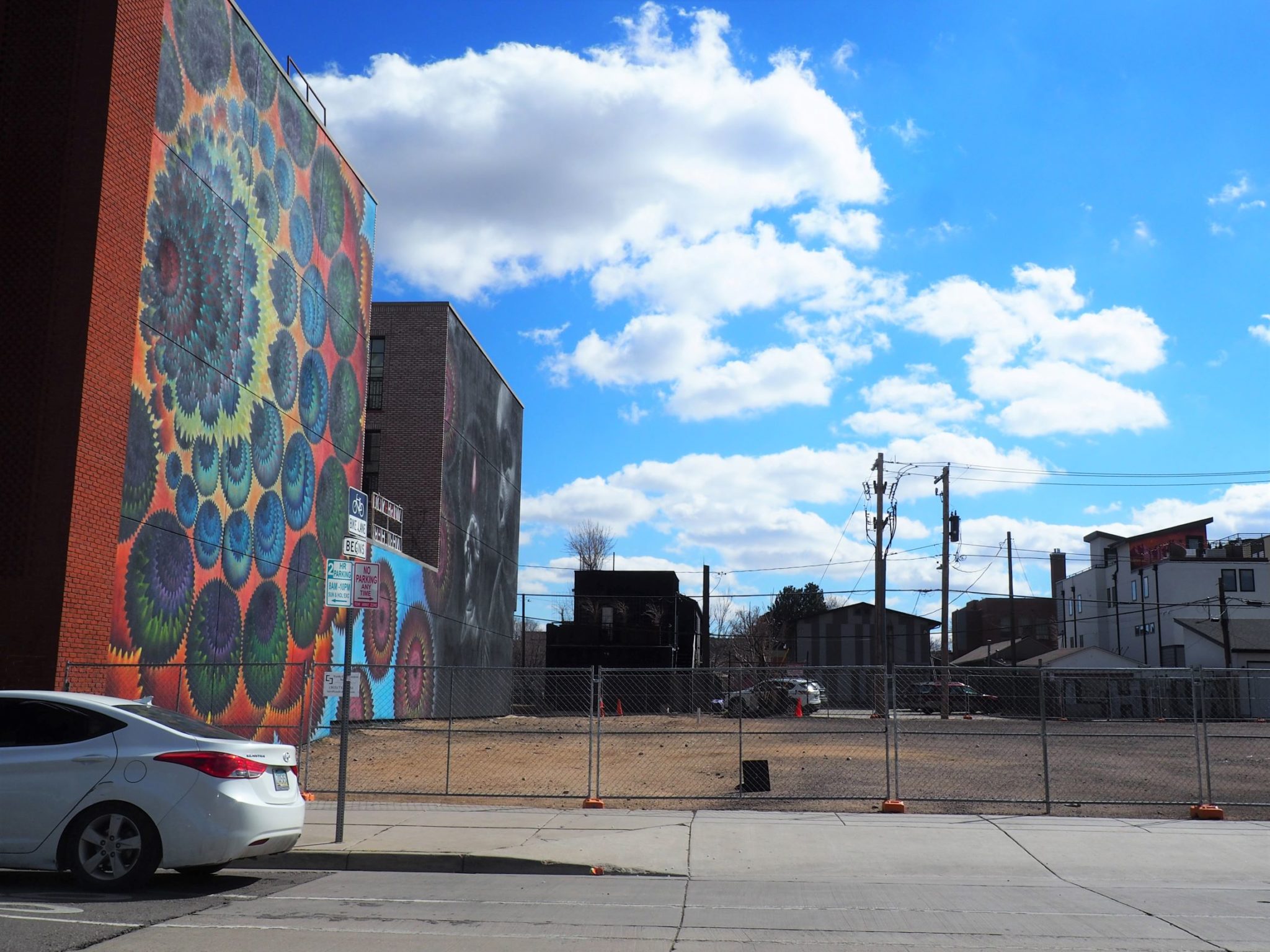 Focus is also considering apartments for a lot it owns next to the Ramble Hotel, in the 2400 block of Larimer Street.

It’s already identified one: the undeveloped 2420 Larimer St. lot, right next to RiNo’s Ramble Hotel. Focus has owned the property for years, and once envisioned a three-story building with a food hall on the ground floor and Focus’ Enterprise Coworking brand above.

But Fine said the company struggled with the parking required for that project. With zoning limiting the site to three stories, it didn’t want to take up part of that space with cars. But putting the parking underground would be an added expense.

“We kept struggling with how to make that pencil,” he said.

Fine said any apartment project at the site would incorporate ground-floor retail.

Focus’ biggest project in its pipeline is a 28-story, approximately 525-room Marriott hotel proposed for a parking lot across from the Colorado Convention Center. The company hoped to break ground last year, only to see the downtown hospitality sector battered by the pandemic.

Fine said the company continues to move forward with planning for the hotel, but can’t predict when it might break ground.

Focus is also under contract to sell a site at the I-25/Evans Avenue interchange to Arizona-based online car seller Carvana, which has asked the city to rezone the property. The City Council is slated to vote on the matter next month.

The undeveloped 2300 W. 29th Ave. lot is at the corner of 29th Avenue and Wyandot Street. (Thomas Gounley photos)