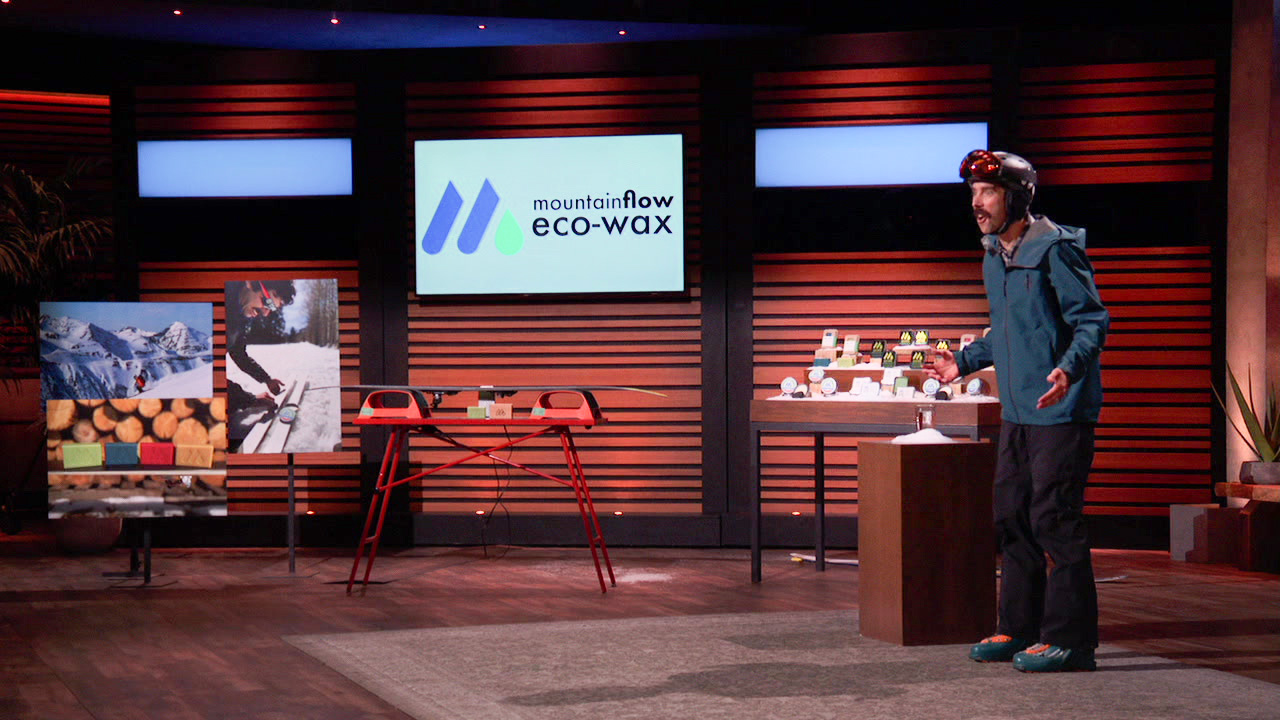 Peter Arlein almost deleted the email that ultimately got him a primetime spot on ABC’s “Shark Tank.”

The founder of Carbondale-based MountainFlow, which sells eco-friendly wax for skis and snowboards, thought it was spam when the producers reached out after his products won multiple awards at Outdoor Retailer’s Denver trade show in 2019.

“Luckily, I decided to respond before totally convincing myself it was a joke,” the entrepreneur said.

Arlein appeared on Friday night’s episode of the network reality show, which features entrepreneurs pitching their products to a panel of five investors, or “sharks.” The episode was filmed in September.

“I really didn’t know how the products would be received,” Arlein said. “It’s more of a niche brand than a lot of the companies that go onto the show. I was wondering, ‘Are they going to be skiers?’ and ‘Are they even going to understand ski wax, which is a smaller part of the industry, and understand the environmental impact?’”

MountainFlow’s first product, which Arlein introduced in 2016, was a water-based anti-stick spray for backcountry skiers that reduced snow and ice buildup on top of skis.

In 2019, he launched Eco Wax, a biodegradable plant-based wax for snowboarders and skiers, which retails for $16 on the company’s website and in 250 stores around the world, such as REI, Moosejaw and Christy’s Sports.

Arlein said he has skied his whole life. He used to work for the Aspen Snowmass ski patrol and later as a ski tech, waxing snowboards and skis.

He came up with the idea for an anti-stick spray for backcountry skiers after he bought his first pair of lightweight skis for the sport.

“I sacrificed some performance to get skis that were light and faster to then schlepp all the snow up the hill, which completely defeated the purpose of having light skis,” he said. “So I thought, ‘There’s got to be a product that will fix this.’ And when I saw that there wasn’t, I jumped on the opportunity.”

After spending his winters waxing hundreds of skis, the entrepreneur found that most wax products are petroleum based. And since snow pulls the wax off skis or snowboards, that petroleum is going into snow that ultimately becomes drinking water.

Arlein knew you could derive wax from plants and spent three years testing over 200 formulations of wax. In 2019, he introduced MountainFlow’s Eco Wax through a Kickstarter campaign, which raised $20,000.

MountainFlow also raised more than $300,000 through a funding round with friends, family and angel investors last fall, Arlein said. 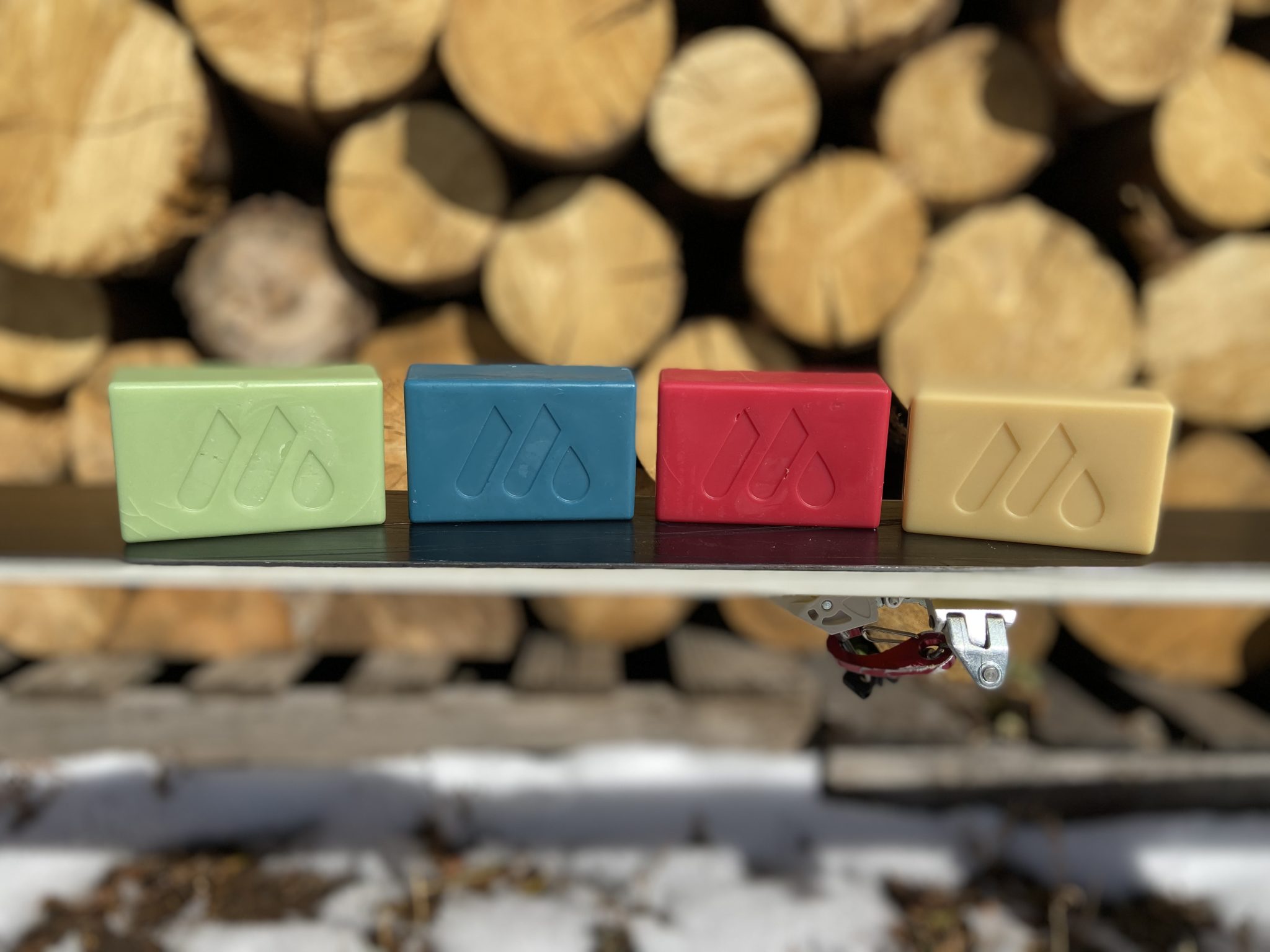 The startup has two full-time employees in its Carbondale office and warehouse and 30 contractors around the world. Its non-toxic Eco Wax is hand poured in the U.S.

“There’s a lot of opportunity to disrupt the petroleum-based product market,” Arlein said. “Just like skis, most products in the bike industry are toxic as well and whatever you put on your bike ends up in the environment.”

“I’ve never skied in my entire life, but when I do, this is what I’ll buy,” Cuban said.

But Arlein then received a total of three offers from the other sharks, who were more familiar with the winter sport.

“Usually, when someone walks into the Tank, I take one look at their face, and I think ‘I’m out,’ and when I looked at your face, I thought, ‘Goofy guy, I’m out,’” Corcoran said with a laugh. “But I’m falling in love with it, and I think you’re perfect for the part of selling to ski shops.”

Before Arlein responded, Daymond John, who called himself “Chocolate Powder” on a snowboard, offered $250,000 for 25 percent of the company. He also said he highlighted Olympic skier Lindsey Vonn in his last book and wanted to bring her into the deal.

“A bidding war in the Tank is exactly what you want as an entrepreneur,” Arlein said. “It’s much better to have the sharks yelling at each other rather than yourself.”

MountainFlow already has a roster of professional skiers and snowboarders using the product, including 2020 World Cup overall winner Aleksander Kilde. And although he acknowledged Vonn’s high recognition, Arlein told John that 25 percent was too high.

With multiple offers on the table, Arlein saw a chance to bargain, telling O’Leary and Corcoran that 20 percent was too high for his original asking price. The founder told BusinessDen he had decided beforehand to walk away if he received a low ball offer.

Corcoran and O’Leary then offered to put in $50,000 more in exchange for the same amount of equity, and Arlein accepted.

Other local companies that have appeared on Shark Tank include McSquares, which recently finalized a new deal with Mr. Wonderful for $50,000 for 11 percent of the company, and Golf Kicks, which struck a deal with Mark Cuban on an Oct. 2019 episode. A Fort Collins donut maker that appeared on the show has since both filed for bankruptcy and opened a retail location in RiNo.

“I really didn’t know how the products would be received,” MountainFlow founder Peter Arlein said after getting $300,000 for a 20 percent stake.