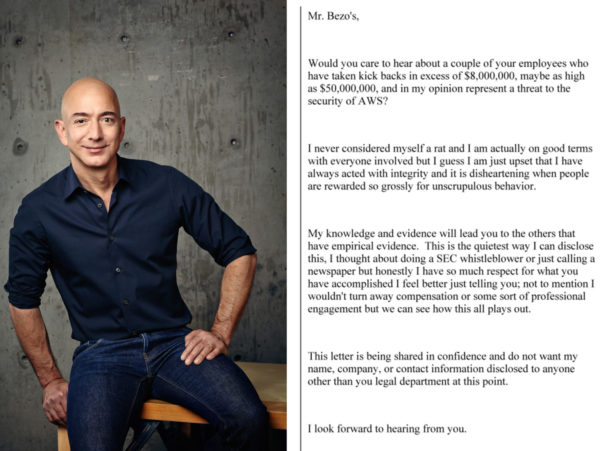 The secret is safe with Bezos.

A federal judge in Virginia has rejected a request to order Seattle-based Amazon to unredact the identity of the individual who emailed CEO Jeff Bezos in December 2019, triggering an investigation that resulted in the company suing Denver-based Northstar Commercial Partners earlier this year.

Amazon’s lawsuit alleges that two ex-Amazon employees received kickbacks from Northstar in exchange for striking real estate deals with the firm for data center projects in Virginia. The FBI has also questioned individuals about the matter, including Northstar CEO Brian Watson, who was the Republican nominee for Colorado state treasurer in 2018. Through an attorney, Watson has denied wrongdoing.

Amazon included the email as an exhibit in court, but blacked out the writer’s name and email address, as well as their signature block.

Defendant Carleton Nelson of Seattle, one of the two former Amazon employees, filed a motion in October asking the court to order Amazon to identify the emailer, at least to Nelson’s attorneys.

Nelson has filed a separate motion asking the court to dismiss Amazon’s lawsuit. He argued the identity of the emailer may have “significant implications” for that effort.

An attorney representing the emailer said in a court filing his client wants to remain anonymous because “he/she has reasonable concerns for both his/her personal safety, and for his/her current business activities.”

The emailer isn’t the only one that provided information to Amazon. Former Northstar Chief Operating Officer Timothy Lorman contacted a partner in the development deals, which then contacted Amazon, with concerns starting in January. 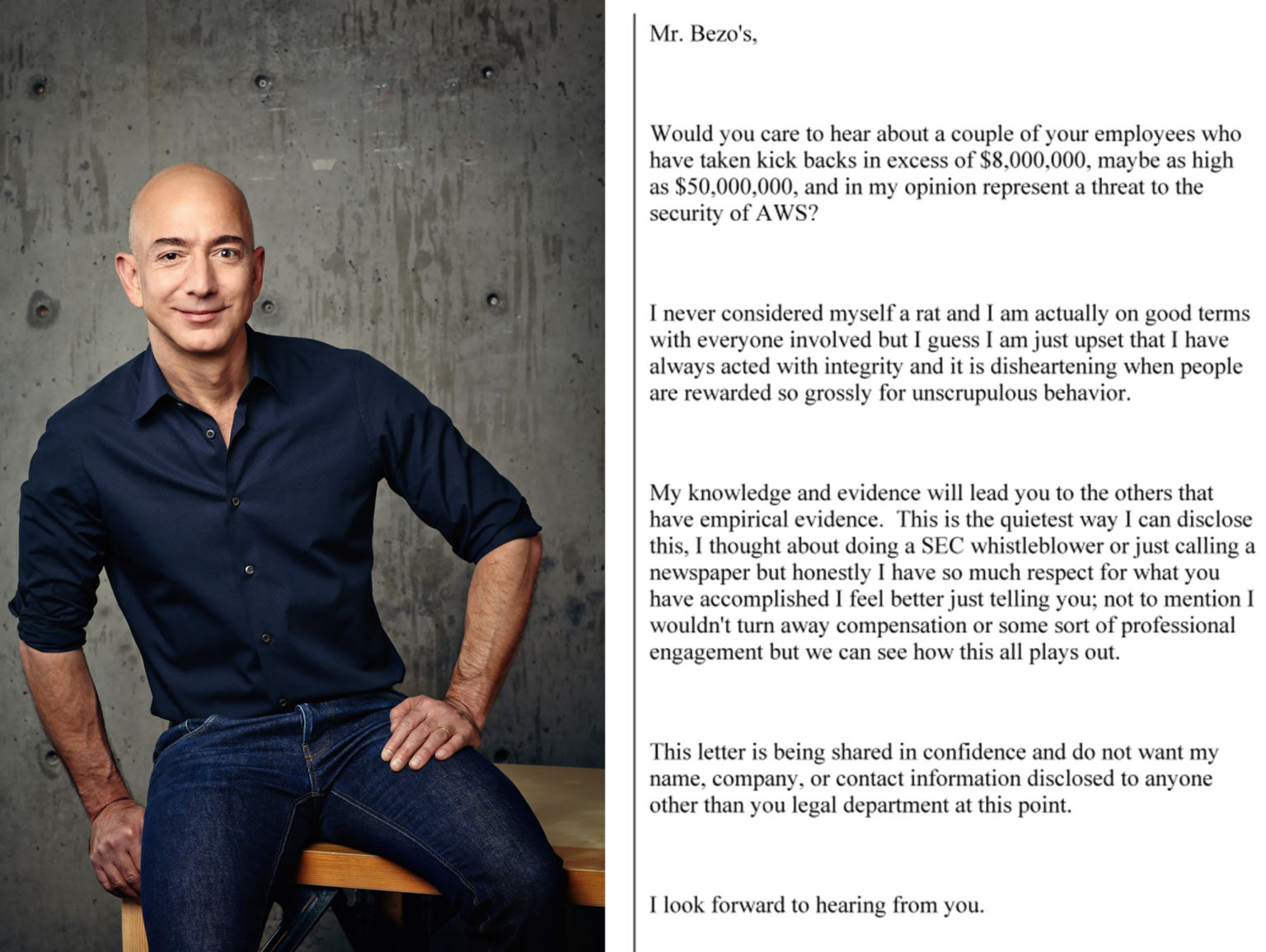 “I never considered myself a rat,” the emailer wrote in 2019, “but … it is disheartening when people are rewarded so grossly for unscrupulous behavior.”