The former chief operating officer of Northstar Commercial Partners was one of two Northstar employees from which Amazon learned of an alleged kickback scheme.

Amazon said in an updated version of its original April lawsuit against the Denver-based real estate firm that Timothy Lorman shared information starting in January with an executive at Chicago-based IPI Partners.

IPI, which had partnered with Northstar to develop data center properties for Amazon in Virginia, subsequently shared that information with Amazon, the court documents state.

Lorman worked as Northstar’s chief operating officer from March 2019 until April 7. Prior to Northstar, he served as senior executive at CBRE, Colliers, Serco, TIAA-CREF and Gensler, according to a press release announcing his hiring. 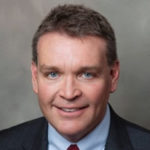 Amazon has alleged that Northstar paid millions of dollars to two since-fired Amazon employees — Casey Kirschner and Carleton Nelson — in exchange for being chosen to develop multiple data center buildings in Virginia, which Amazon had committed to spend more than $400 million leasing. The payments allegedly were made to an entity called Villanova Trust.

Amazon also has objected to the circumstances surrounding the company’s purchase of another property in Virginia. Amazon said an LLC managed by two former Northstar employees — Kyle Ramstetter and Will Camenson — bought a property for $98 million and then immediately sold it to Amazon for $116 million. The company alleges some of the profits were funneled to Kirschner and Nelson.

Northstar is led by CEO Brian Watson, who in early April emailed family members and business associates that he had been raided by the FBI. Watson was the Republican nominee for Colorado state treasurer in 2018.

“Mr. Lorman either didn’t understand the nature of the contractual arrangements involving Villanova trust, or he misconstrued them in his communications with Amazon,” he said in an email.

According to the updated version of Amazon’s lawsuit, which was filed July 31, Lorman told IPI Vice President Luke Gilpin on Jan. 24 that he wanted to speak to him in person. The two had first met four months earlier.

Lorman traveled to Chicago, and on Jan. 28 “shared with Mr. Gilpin multiple documents evidencing Defendants’ misconduct at Amazon’s expense,” court documents state. IPI then shared the information with its outside counsel and Amazon.

Lorman shared additional information with IPI, and thus Amazon, in February. Materials shared included “an executed version of the Villanova referral/kickback agreement that Brian Watson signed” and audio recordings of discussions between Watson, Ramstetter and Camenson in September 2019, according to the lawsuit.

Amazon has not alleged any wrongdoing on the part of IPI. The company and Amazon noticed Northstar on April 2 that they were terminating the company’s role in the data center deals.

That same day, Watson was raided by the FBI. Lorman left Northstar on April 7, according to the lawsuit.

Lorman wasn’t the first Northstar employee to share information on the alleged scheme with Amazon. The company said a different employee reached out to jeff@amazon.com — a publicized account for CEO Jeff Bezos — in December 2019, a full month before Lorman spoke up.

That first employee, however, does not appear to have been identified in court records.

Timothy Lorman worked for the company for just over a year.