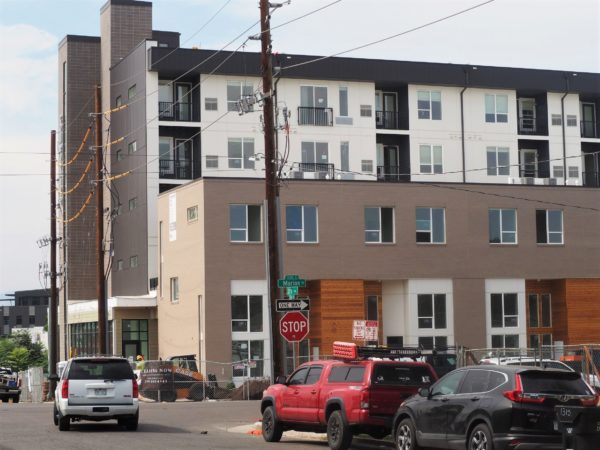 The Collective at 3701 Marion St. (Photos by Thomas Gounley)

The Collective, a multifamily project by Denver-based Zakhem Real Estate Group, is nearing completion in RiNo.

The project is something of a hybrid, with six for-sale townhomes in front of a five-story apartment building with 48 units.

The townhomes, four of which have been pre-sold, are designed to be “live-work units.” The front door opens into a space that could be used for a small business. There’s a mezzanine level above that, topped by a second story that incorporates the two bedrooms.

“You could put a gallery in there, you could put insurance in there,” said John Zakhem, who runs the development firm with his brother.

The apartments are studios and one-bedroom units. Zakhem said he hopes to move in residents as early as the start of November.

Below are photos of the project taken earlier this week, along with additional project info. 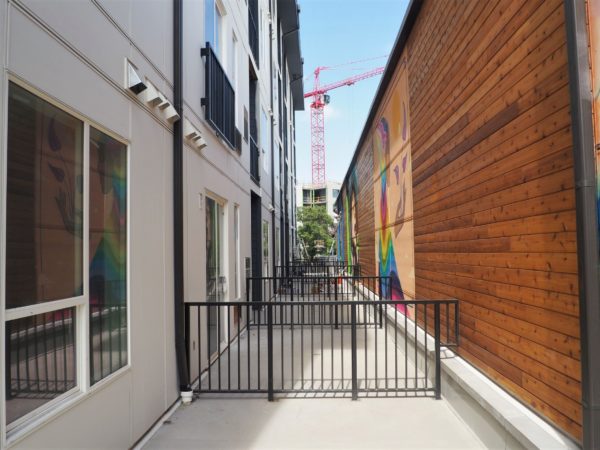 A deck substitutes for a view for second-floor tenants on one side of the apartment building. 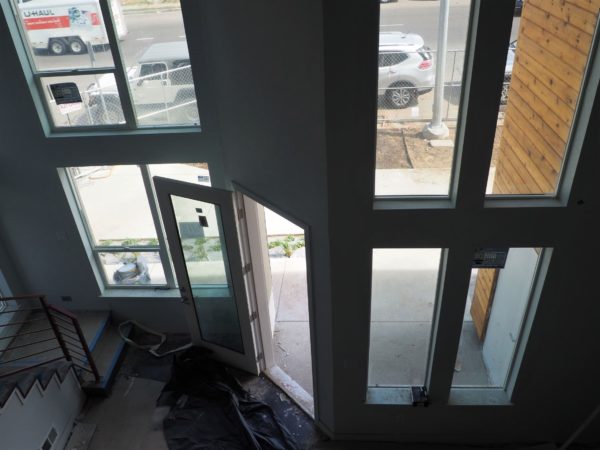 The first floor of the townhomes, as seen from the mezzanine level. 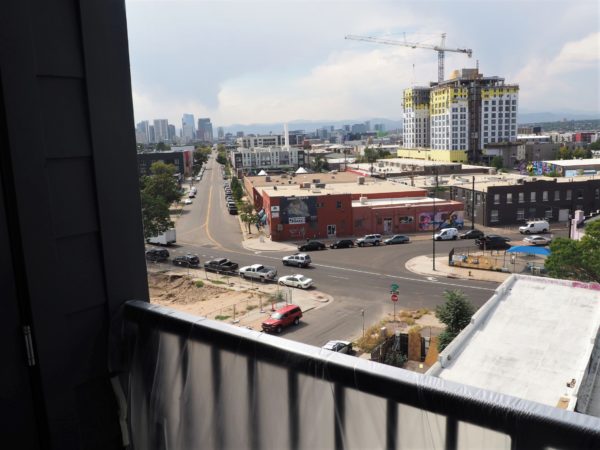 The view of downtown from the west side of the apartment building. 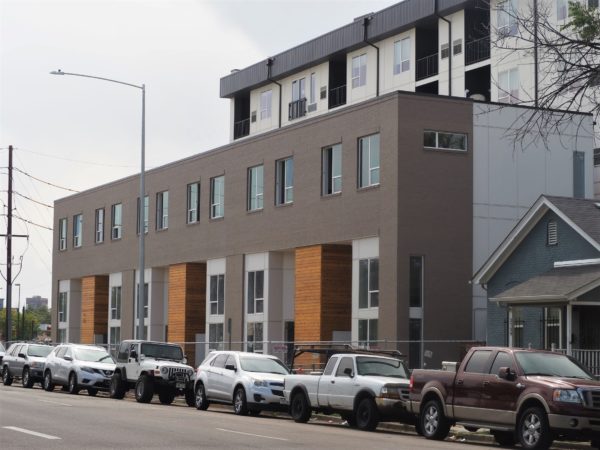 Another view of the project from Marion Street. 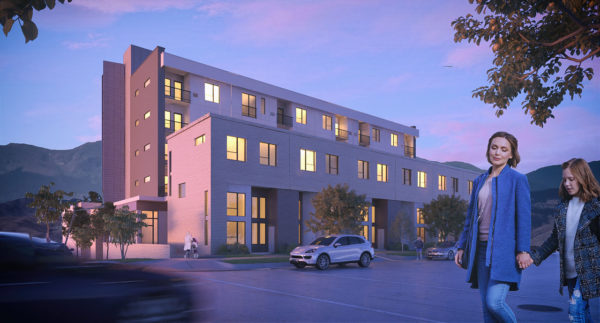 A rendering of The Collective at 3701 Marion St. (Zakhem Real Estate Group)

Amenities: The ground floor of the apartment building incorporates some parking spaces. There’s secure bike storage, and a rooftop deck.

Artwork: The project, which is within the RiNo Arts District, is set to include five murals, 16 large canvas pieces and two sculptures on the rooftop patio. The most prominent mural is created by Jonathan Saiz.

Elsewhere in town: The Zakhems are also building a five-story apartment building near RTD’s Sheridan Station transit stop in Lakewood. The company also holds a stake in the company that bought 3930 Blake St., a prime redevelopment site, for $7.2 million in 2019.

On the block: The Collective is on the same block as Catbird, a seven-story hotel being developed by Sage Hospitality Group, Walnut Development Partners and Exdo Development. Earlier this month, Houston-based Transwestern Development Group purchased lots along the block for a multifamily project. 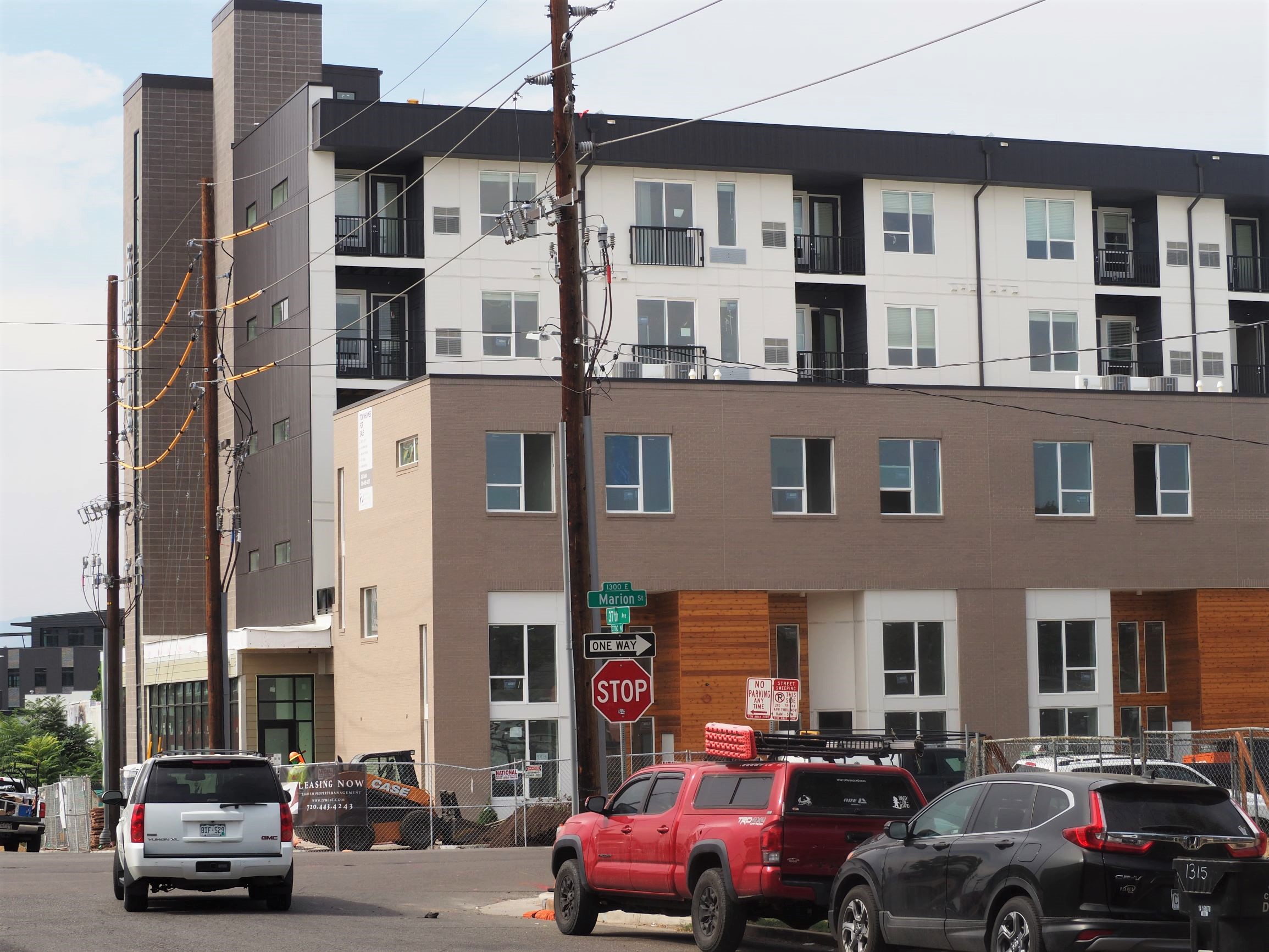 The Collective at 3701 Marion St. (Photos by Thomas Gounley)

We checked in on construction of the hybrid RiNo multifamily project by Zakhem Real Estate Group.