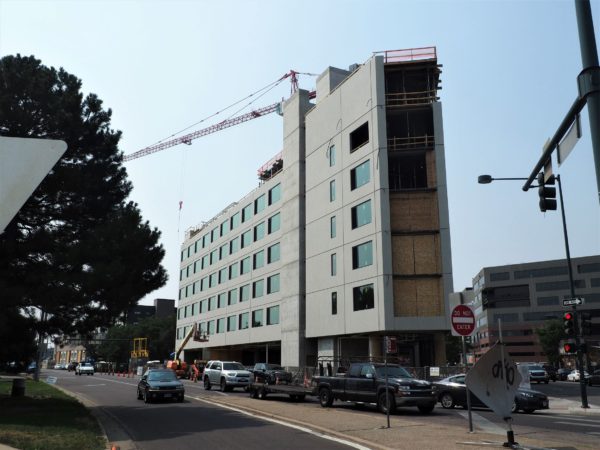 The view of the project looking south. (Photos by Thomas Gounley)

A hotel under construction in RiNo now has a name.

Sage Hospitality Group, along with Walnut Development Partners and Exdo Development, said Friday that the independent hotel under construction at 3770 Walnut St. will be named Catbird.

Denver-based Sage, whose other local independent hotels include The Crawford and The Oxford downtown, said the RiNo property will “blur the lines between hotel and home.” Rooms will feature full kitchens.

A catbird is a type of songbird related to the mockingbird. But Sage spokeswoman Kelly Bajorek said the name is more directly inspired by the phrase “catbird seat,” which refers to being in an enviable position or having the upper hand.

“It was a perfect match: a hybrid name that matched our brand and the meaning of the words aligned with our hotel and its sprawling views of the city and RiNo, the best spot in town,” she said in an email. “On the website you will see the tagline ‘sitting pretty’ in a few places, which is a nod to the idea of the catbird seat.”

The triangular, seven-story hotel is being built around a 130-year-old home along Walnut Street. It will eventually be incorporated into the 165-room hotel.

Here are photos of the project taken last week, as well as renderings. 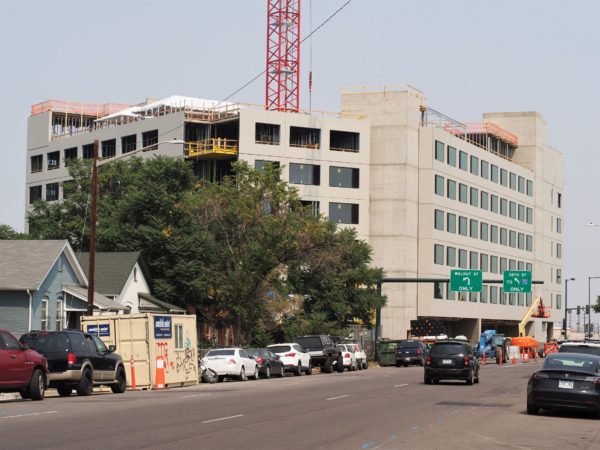 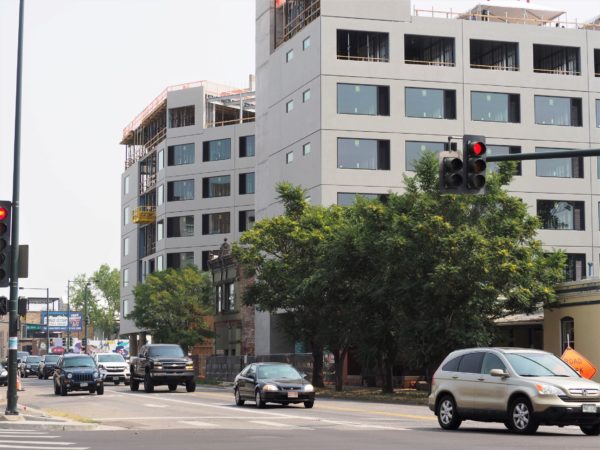 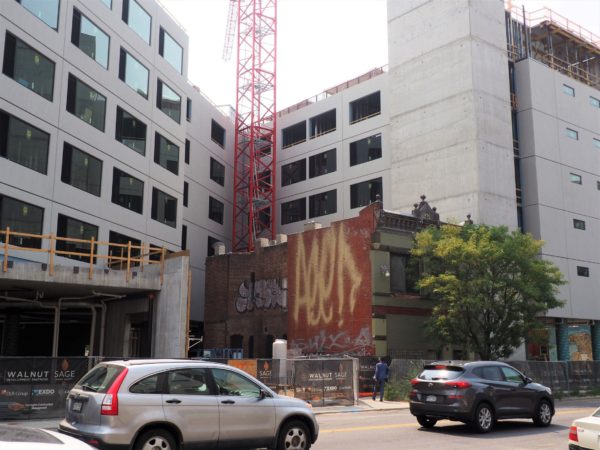 On Walnut Street, the hotel wraps around and incorporates a structure dating to 1890. 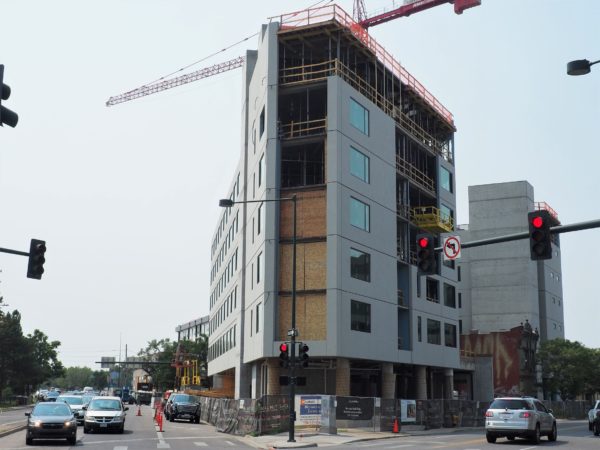 The view from the intersection of 38th Avenue and Walnut Street. 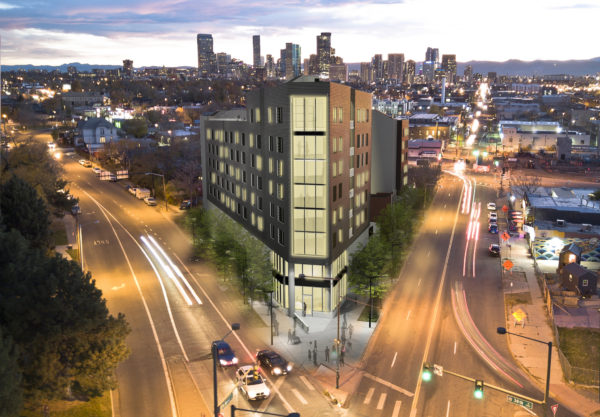 A rendering of the project. (Courtesy Sage Hospitality)

Completion: Slated to open in spring 2021

Amenities: The hotel rooftop will feature an indoor bar and outdoor deck with lounge seating and firepits. There will also be two jacuzzi tubs. Elsewhere in the hotel will be a gear locker with bikes, skateboards, cameras and other items that guests can borrow. The fitness center will feature Peloton bikes and Peloton treadmills.

The local hotel scene: RiNo currently has two hotels, The Source Hotel at 3330 Brighton Blvd., and The Ramble Hotel on the other side of the district at 1280 25th St. Development proposals have also been submitted for a Best Western Vib at 3560 Brighton Blvd., a 12-story, 160-room hotel at 3660 Brighton Blvd., and the hotel portion of World Trade Center Denver, which is slated to have approximately 240 rooms.

The view of the project looking south. (Photos by Thomas Gounley)

All 165 rooms will feature full kitchens as the Walnut Street property aims to “blur the lines between hotel and home.”