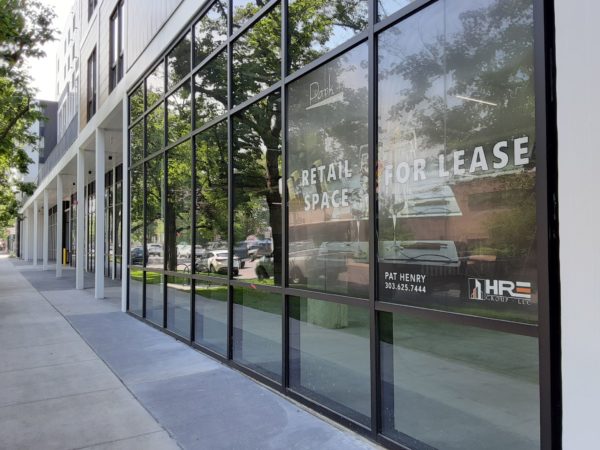 The retail space within the Park 17 apartment complex in City Park West has sold. (Photos by Thomas Gounley)

A deal Pat Henry struck years ago has come to fruition at a somewhat awkward time.

“Little did we know we were going to own a bunch of retail during Covid,” he said.

The head of development firm HRE Holdings and brokerage HRE Group was working on a nearby multifamily project when he managed to assemble a triangular block at the edge of Uptown and City Park West, where Park and 17th avenues meet.

In 2017, he sold the site to developer Lynd — now San Antonio-based Kairoi — with the condition that he get ownership of the retail space within the project they would build. 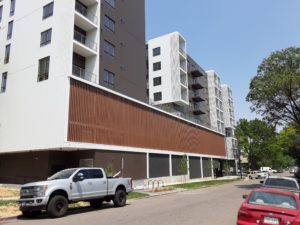 A view of the Park 17 complex along Lafayette St.

Despite the pandemic, “We still really believe in the neighborhood,” he said, adding that the nearby hospital gives the area a solid employment base.

The deal involves about 13,000 square feet of retail space stretching along 17th Avenue, as well as 33 deeded parking spaces.

“We actually have parking, which a lot of these small Uptown buildings don’t,” he said.

Two tenants have taken a portion of the space. While Henry declined to name them, one is a “wellness center” that already has a presence in the neighborhood. The second Henry classified as “a small urban market.”

Another tenant signed a lease, but backed out when the pandemic arrived.

“It’s hard to make someone come in and be your tenant when they don’t want to,” Henry said.

All told, about 8,000 square feet is still available, including the corner units, one of which has glass on three sides.

“The two end caps deserve to be, want to be, restaurants,” Henry said.

Studios within Park 17 start at $1,499 a month, and one-bedroom units start at $1,867, according to the complex’s website. The complex is offering potential tenants up to six weeks of free rent.

About a block east of the complex, the former Denver Bicycle Cafe space remains unfilled. A few blocks beyond that, Sullivan Scrap Kitchen is preparing to open in Bocaza Mexican Grille’s former building.

Kairoi is also the developer working on plans for the Bell Park site in LoDo. The company also submitted plans last year for a project that would replace a hotel along Colfax. 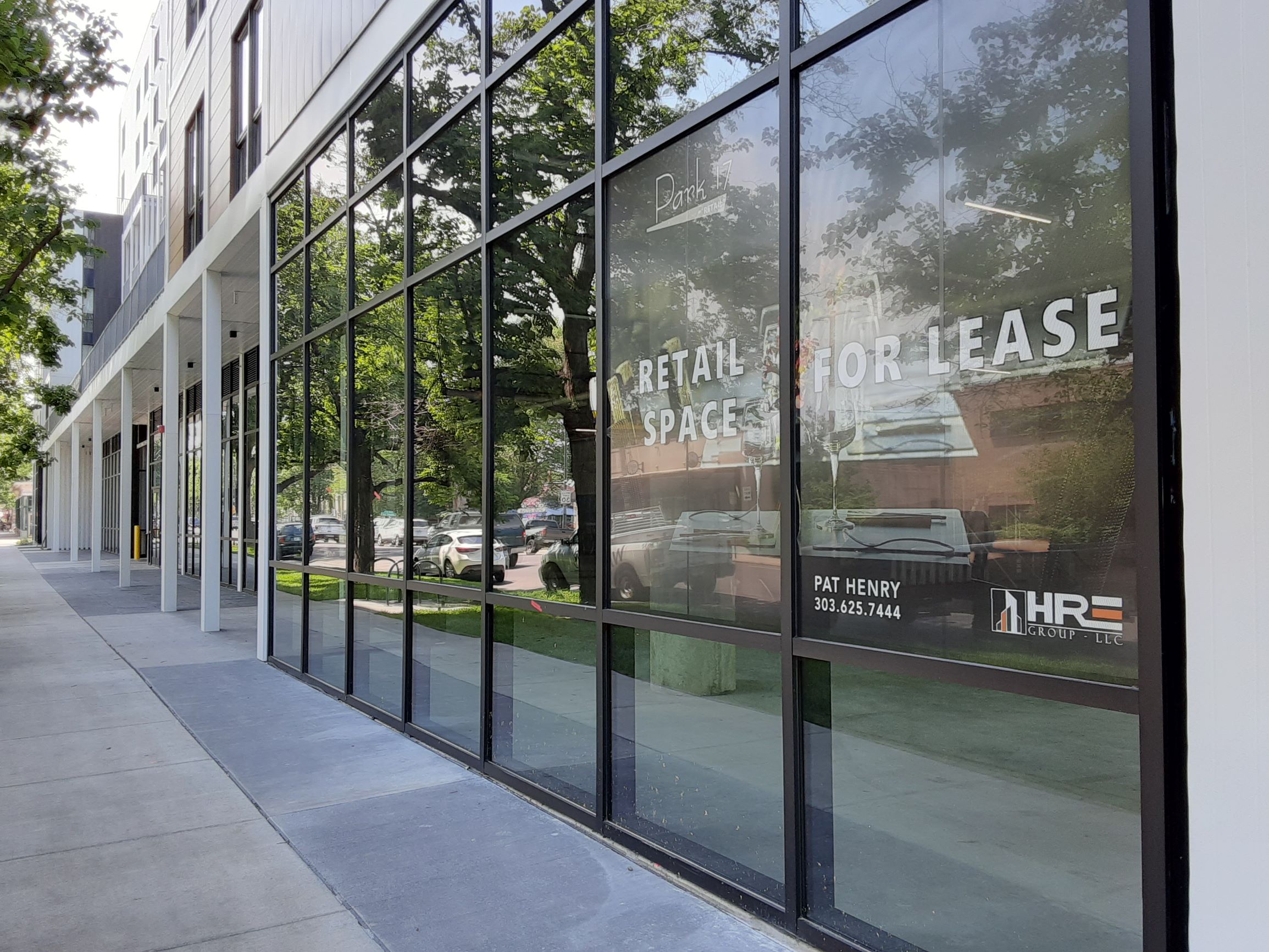 The retail space within the Park 17 apartment complex in City Park West has sold. (Photos by Thomas Gounley)

“We still really believe in the neighborhood,” said Patrick Henry, who now controls the retail space within Kairoi’s Park 17 complex.