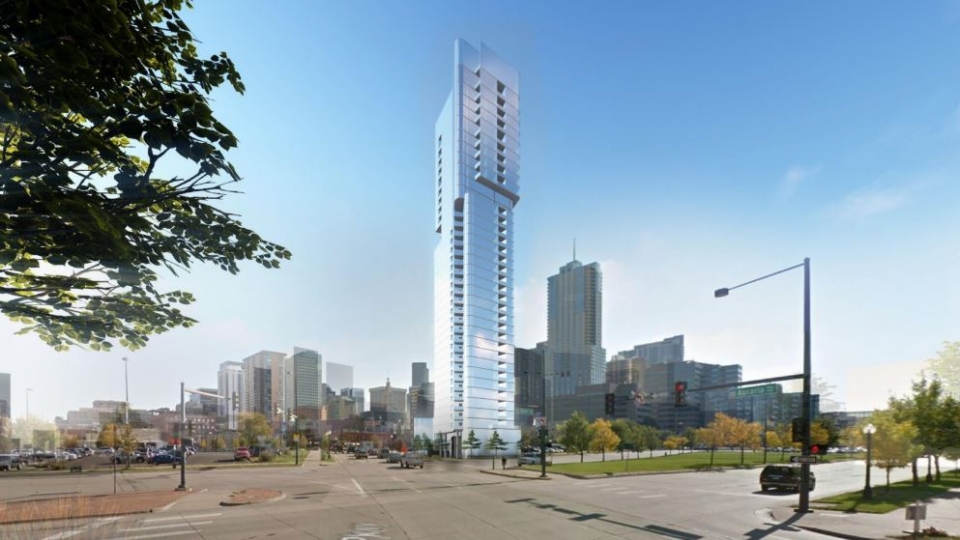 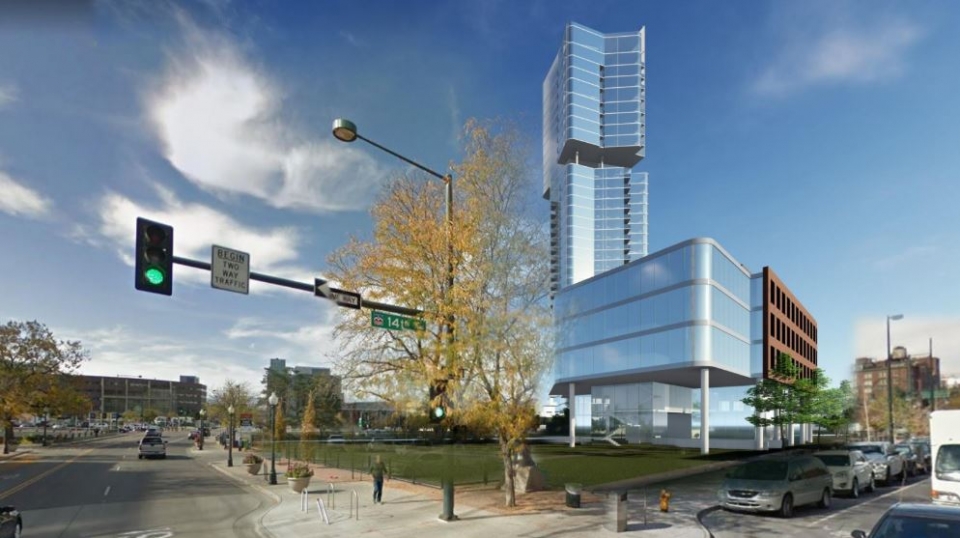 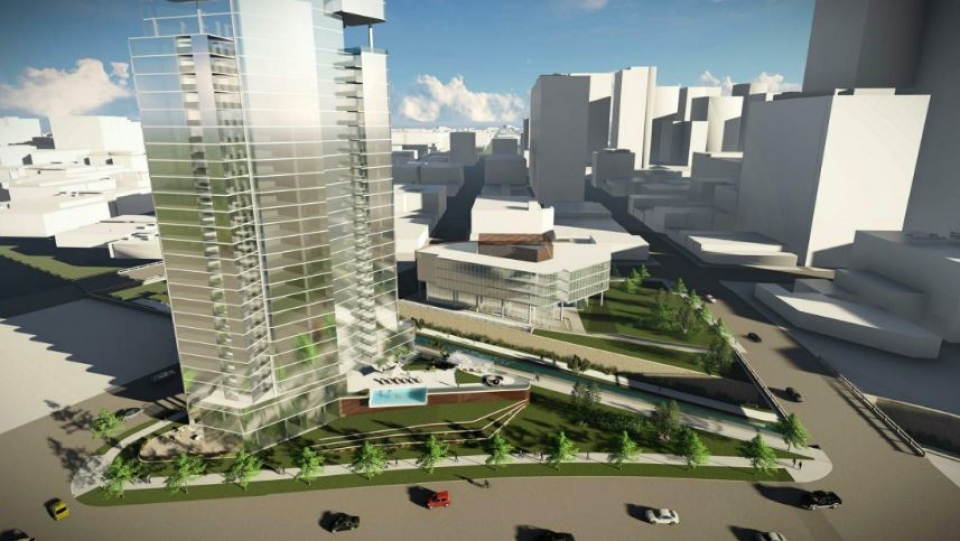 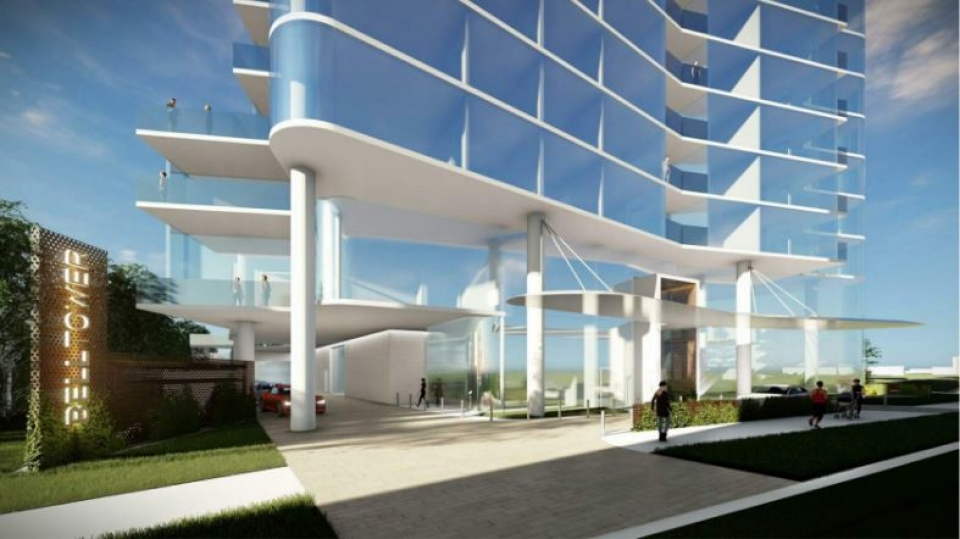 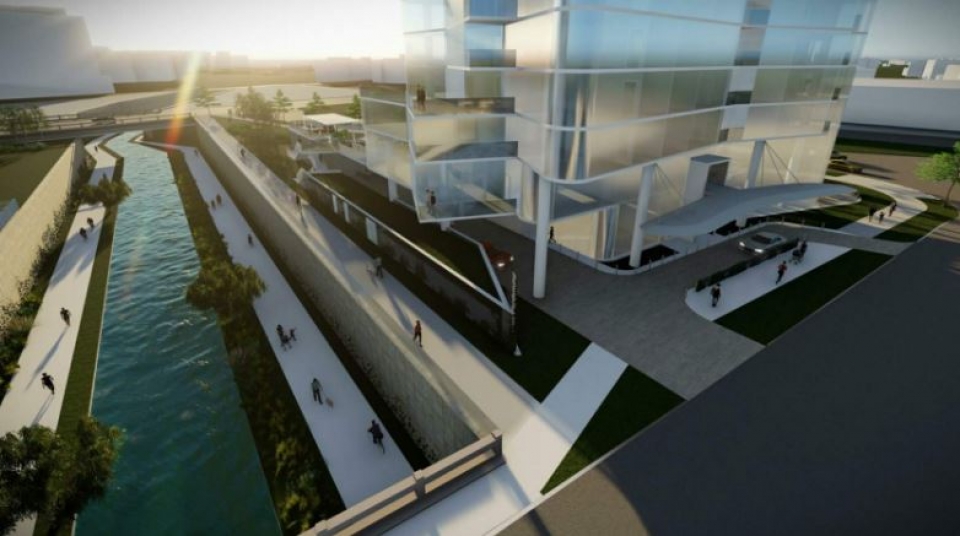 A 36-story residential tower is the highlight of a new development proposal that has been submitted to the city for the Bell Park site in LoDo.

Tyler Sibley, a vice president of development for San Antonio-based Kairoi Residential, submitted a project concept in late December for the block formed by Speer Boulevard and 14th Street, as well as Market and Larimer streets, according to online records.

The site — technically known as 1300 Market St. and 1301 Larimer St. — is split in two by Cherry Creek, and both sides are currently a parking lot. The site is referred to as Bell Park because it’s home to the bell from Denver’s first city hall, which occupied the site until it was demolished in 1936.

The 1.5-acre property is owned by Paradise Investment Properties, led by Buzz Geller. Geller said last spring that the site was under contract, but declined then to identify the party. 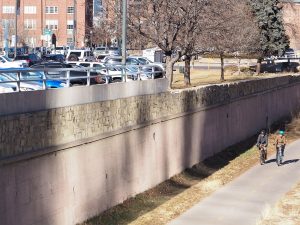 The Bell Park site is split in two by Cherry Creek. (Photos by Thomas Gounley)

The project concept, which BusinessDen obtained through a public records request, calls for two buildings. The 36-story residential tower would be built on the western portion of the site, along Speer Boulevard. A five-story office building with ground-floor restaurant and retail space would be built on the eastern portion of the site. The building would be closer to Market Street, and the rest of the parcel would become a public/private park.

The plans indicate the buildings, which would not be connected, each would have three levels of underground parking.

The submission of a project concept is a precursor to the submission of a formal site development plan, which typically includes floor plans and greater details about the proposed project. The city still is reviewing the project submission.

Kairoi (pronounced KY-roy) is the rebranded result of the late 2017 merger of Lynd Residential Properties and Lynd Development Partners.

Lynd developed 224-unit apartment complex Joule in the Golden Triangle, selling it in 2016 for $120 million (the building is now known as 1000 Speer). The company also last year completed Edison at RiNo, a 277-unit complex next to coworking space Industry, and is currently building Park 17 in City Park West.

Sibley, the executive who submitted the materials, did not respond to a request for comment, and an email to the main account listed on Kairoi’s website was not returned.

Reached Wednesday, Geller acknowledged the submission, and said the two components of the project are separate but related, and slated to be developed in tandem. 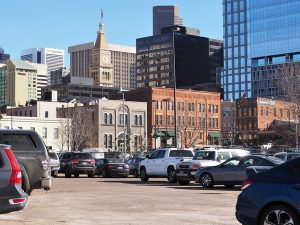 The view of downtown from the site of the proposed 36-story tower.

Geller said Kairoi is under contract only to purchase the tower portion of the site, and that closing is contingent on receiving city approvals for the project.

Geller forwarded a reporter separate letters from the Downtown Denver Partnership and LoDo District Inc. in which each organization endorsed the project.

The district said the buildings “promise to become iconic, gateway structures,” while the partnership said the project “will create a physical link between the historic roots of Denver, Lower Downtown and Larimer Square with the Denver future leaders studying at Auraria Campus across Speer Boulevard.”

Other projects have been floated for the site in the past. A decade ago, Geller proposed a sharp-angled 34-story high-end condo tower called Bell Tower, at one point telling Westword, “We are talking about probably the upper tenth of the top 1 percent of people in the world being able to afford this.” More recently, Geller and developer Hines explored a significantly shorter, two-building project with a narrow connector level spanning the creek, according to Denver Infill. 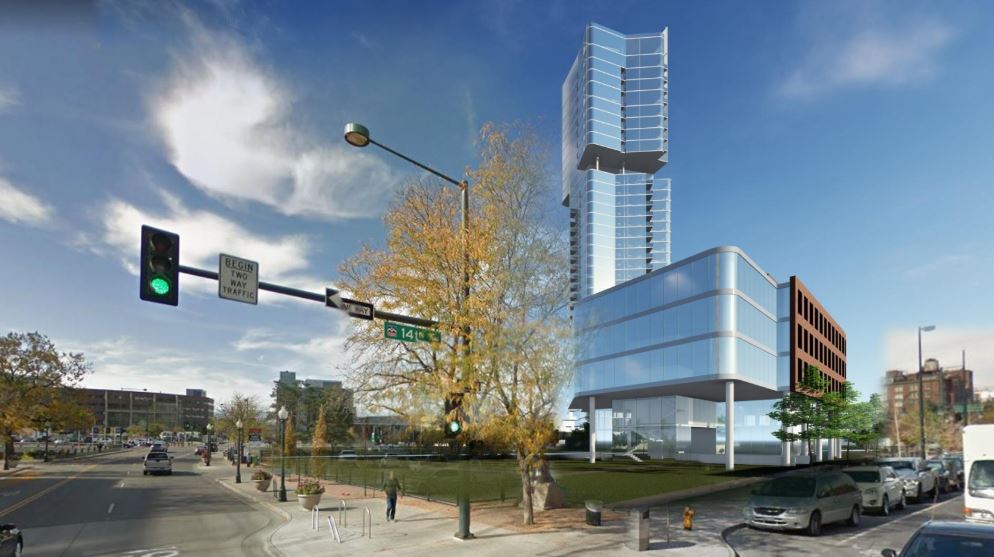 The site, which is split in two by Cherry Creek, is currently a parking lot. But San Antonio-based Kairoi Residential is thinking big.