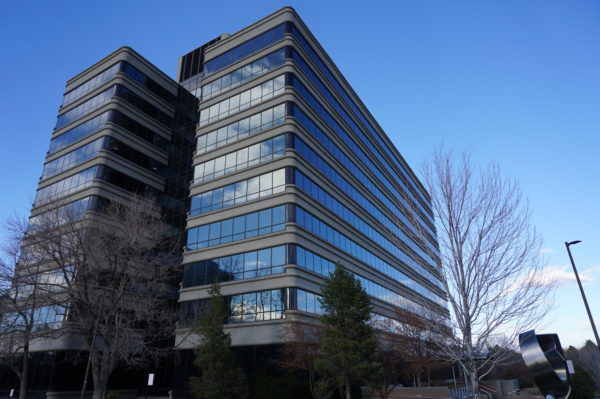 DPC Cos. has found a new 10-story office building in the Tech Center to renovate.

DPC President and CEO Christopher King, who can see the building from his office, said it’s the first time his company has partnered with Rockwood.

He said the companies expect to spend just over $4 million on improvements. The work is slated to include upgrading bathrooms and the fitness center, relocating the cafe and expanding the tenant lounge area to include an outdoor patio.

“We like the north Tech Center,” King said. “It’s really come a long way the last four years or so, and we want to build off the energy.”

The building, which dates to 1982, was sold by Irvine, California-based LBA Realty Fund. Records show Bedford Property Investors purchased the building in May 1998 for $34.75 million. LBA acquired Bedford in 2006.

LBA Realty owns properties in California, Colorado, Arizona and Washington, according to its website.

Locally, the firm’s holdings now consist of the two-tower Denver Place office complex at 999 18th St., as well as the Financial Plaza office complex at 7720 and 7730 E. Belleview Ave. in Greenwood Village, and the Rampart Center at 7245 S. Havana St. in Centennial, according to LBA’s website.

DPC, meanwhile, owns and/or manages about 5 million square feet, with about 4 million of that in Colorado. One of the company’s largest holdings is the Denver West Business Park in Lakewood, which it and a partner purchased in 2018 for $144 million.

Other notable recent transactions in the DTC include the February sale of Triad Orchard Station for $54 million, the December sale of Belleview Tower for $40.1 million and the November sale of 7979 E. Tufts Ave. for $62.25 million.

DPC Cos. is coming off a win in its transformation of Denver Corporate Center II and III.