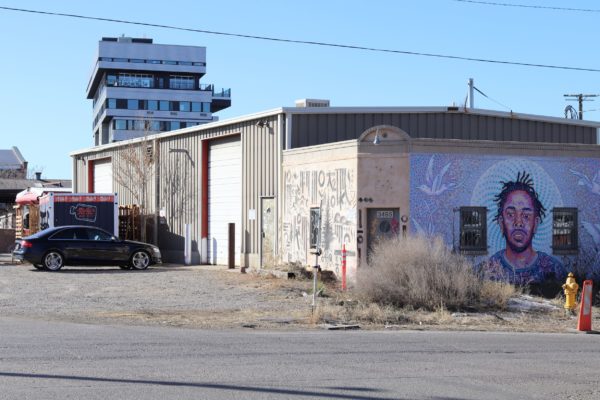 A current view of the 3495 Wynkoop St. lot, with the Source Hotel in the background. (Aaron Kremer)

A lodging property that would offer hostel-like shared bunkrooms along with private rooms has been proposed for a site a block off RiNo’s Brighton Boulevard.

Project concepts are an early-stage development proposal, the precursor to a more formal site-development plan.

Katz Development is led by Andrew Katz, who said his family regularly visited Colorado to ski while he grew up in Ohio and came to love Denver. In 2015, after graduating from Ohio State, he moved out and took a job as a retail broker at SullivanHayes. 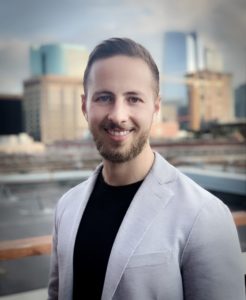 Katz, 26, said he loved the feel of RiNo. In Ohio, his father worked in real estate, developing retail and multifamily properties in that and neighboring states. The family — including Katz’s younger brother, who goes to the University of Colorado Boulder — decided to look for a development opportunity in the district.

They paid $1.81 million for the 0.29-acre 3495 Wynkoop St. lot in June 2017, according to public records. The industrial building currently on the site is primarily used for storage. Katz said his family didn’t have a firm development plan when they bought it.

“We thought it was a well-located site and decided to just go for it,” Katz said.

Around the same time, Katz joined Denver-based developer Westfield as an associate, working on projects that included RiNo’s S*Park and North Wynkoop. He left the firm late last year.

“Throughout that whole process, the neighborhood just kind of did its thing,” Katz said. “And we saw hospitality as a really interesting use for our site.”

The only lodging option now along Brighton is Zeppelin Development’s Source Hotel. But two more are in the works, at 3560 and 3660 Brighton Blvd.

The development plans for Katz’s project show the project facing 35th Street. The first floor would have the lobby and a restaurant, and the seventh floor would be a bar opening out onto the rooftop. Rooms would be on floors two through six.

The development plans do not include any parking.

“We hope our target demographic is going to take advantage of the light rail,” Katz said, noting there are also parking garages in the area.

Katz said the goal is to develop something that will add to the neighborhood, and incorporating shared bunkrooms was a way to make the project unique. While bunkrooms are a common feature at hostels — like the one planned for a site in Arapahoe Square — Katz indicated he isn’t too focused on how his project is described for now.

“It’s a hostel, it’s lodging, it’s a hotel,” he said. “It’s a way to experience the neighborhood.”

Katz declined to detail the expected number of beds or rooms, noting the early stage of the project. And he said he hasn’t determined whether the lodging would be managed in-house or by an outside company.

A current view of the 3495 Wynkoop St. lot, with the Source Hotel in the background. (Aaron Kremer)

Plans call for hostel-like shared bunkrooms along with private rooms.

We are facing a huge affordable housing crisis in Denver, and yet our capital is going towards hotels. Profits are not aligned with Priorities.