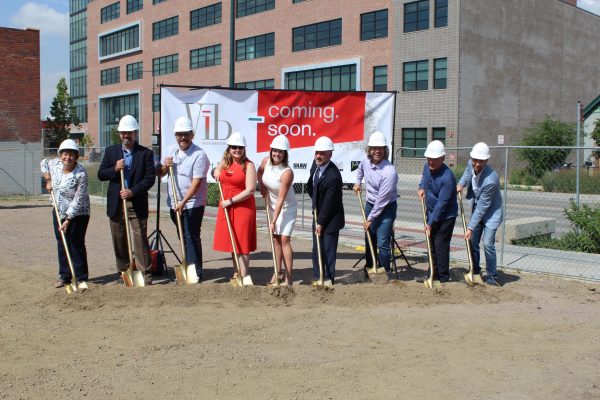 A photo from the groundbreaking held last week. (TWC Management)

Work is officially underway on a second hotel along Brighton Boulevard in RiNo.

While plans for the hotel originally called for 112 rooms, that figure since has been increased to 140.

The hotel is expected to be completed in December 2020. Zeppelin Development’s The Source is currently the only hotel along Brighton, having opened last year. The other side of RiNo has The Ramble Hotel.

Yeah, cause this is what Denver needs another hotel… NOT! So sad to see what was once a spacious city to every corner being filled with high rises to block out our beautiful Rocky mountains #coloradoisfull