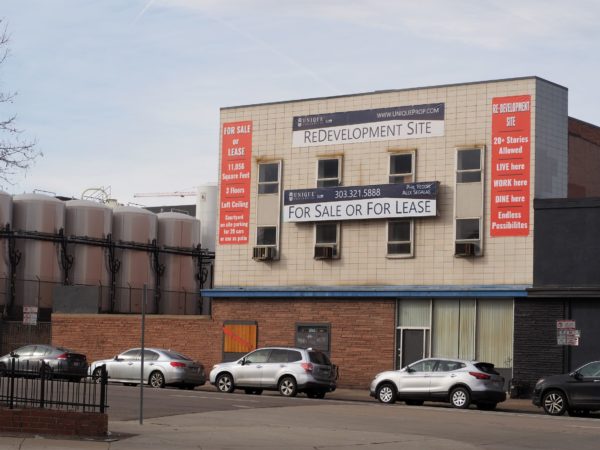 Arapahoe Square is about to get some bunk beds.

The owners of Native Hostel, a “super high-end” hostel in Austin, Texas, have purchased a 130-year-old building in Denver as they look to expand around the country.

“We’re trying to find markets that have expensive hotel rooms … and places millennials like to hang,” co-owner Will Steakley told BusinessDen.

Acting as NTV Holdings LLC, Steakley and his partners paid $2.6 million last month for the three-story, 11,056-square-foot building at 2235 Arapahoe St. in Denver, which dates to 1889. The deal also included the small parking lot next to the structure.

The site is zoned for more than 20 stories, but Steakley said he’s only planning to build about 10,000 square feet on the parking lot.

“We’re going to take the existing building and give it new life,” he said. 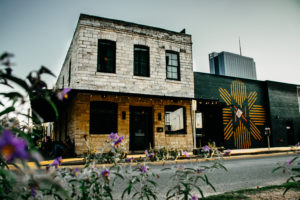 Native Hostel opened in Austin in mid-2017, and features a bar and restaurant as well as 66 beds across 12 rooms. A bunk in a shared room averages $50 a night on weeknights and $60 on weekends, Steakley said. Smaller two-person rooms start around $200.

“The moment you step into the space, everyone’s interpretation of a hostel shifts into new territory,” Steakley said. “We are nothing like the competition and fill an interesting gap between a traditional hostel and a boutique hotel experience.”

Denver has a handful of hostels. The 11th Avenue Hostel at 1112 Broadway is the cheapest, advertising bunkroom rates starting at $30. Elsewhere in Capitol Hill is Ember Hostel at 857 Grant St., whose rates start at around $40. On the other side of downtown, there’s the similarly priced Hostel Fish at 1217 20th St., about a quarter-mile away from the site the Native team just bought.

Another hostel has been proposed for the 3000 block of Welton Street in Five Points. And Life House, a new hospitality company entering Denver, also incorporates hostel-style accommodations. 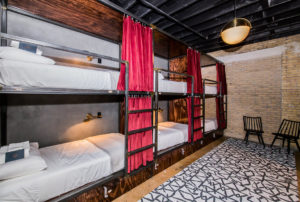 Steakley said he expects the Denver outpost to incorporate about 100 beds, and a mix of shared and private rooms. While he’ll likely bring in a restaurant concept from Austin, he hopes to incorporate a local coffee shop concept.

The business won’t be called Native Hostel, in part because of the Nativ Hotel that already operates in downtown Denver. Steakley said he’d like to open in early 2021.

Native is scouting potential locations in San Diego and Nashville, as well as Aspen, Steakley said. But Denver is the first city outside Austin where the company has closed on real estate.

The property was sold by Tony Capra Plumbing & Heating, which used the property as office and warehouse space. The company now operates along Evans Avenue near Monaco Parkway. Phil Yeddis of Unique Properties, who represented the seller, said a dance hall once used the building decades ago.

“We had a lot of interest, mainly for nightclubs and that type of use,” Yeddis said.

Marcia Mueller and Chuck Arnold of Westbrook Realty represented the buyer. The deal works out to $235 a square foot based on the building, or $217 a square foot for the land.

“We’re trying to find markets that have expensive hotel rooms … and places millennials like to hang,” a co-owner said of the brand’s expansion efforts.