CorePower Yoga is set to take over the space formerly occupied by Vital Center for Mind-Body Health at 3955 Tennyson St. in Berkeley. The chain’s website states that the studio will open this winter.

Vital Center for Mind-Body Health previously was known as Vital Yoga. The company also had a location in Golden, but closed that in 2015 after 12 years, leaving the now-shuttered Tennyson Street outpost the brand’s sole studio. 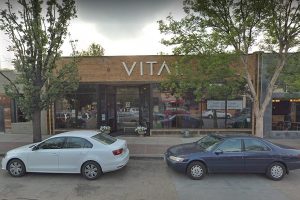 CorePower Yoga will open a studio at 3955 Tennyson St. by year-end. (Google Maps)

CorePower’s upcoming Berkeley studio will be its 18th Denver-area location and 28th in the state, according to its website.

The Berkeley studio is one of 11 set to open by year-end, according to a company spokeswoman. Two studios are slated to open in New York, as well as two in North Carolina and one apiece in California, Washington D.C., Illinois, Massachusetts, Texas and Washington.

Denver-based CorePower was founded in 2002 and has ballooned to more than 200 studios across the country. The company was sold this year to TSG Consumer Partners, a San Francisco-based private equity company.

The yoga chain is based in RiNo’s Industry building at 3041 Zuni St.