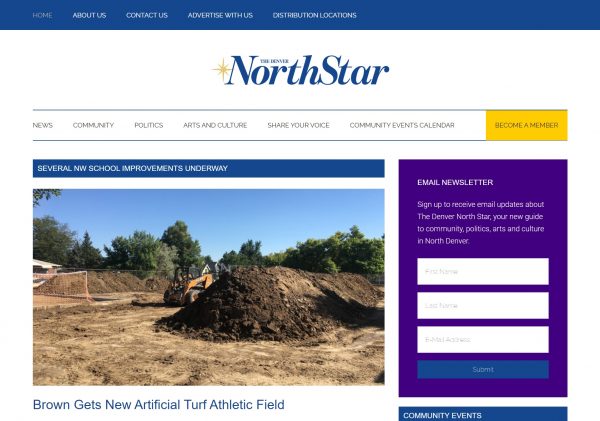 Two years after a community newspaper closed in northwest Denver, two former candidates for City Council have teamed up to fill the gap. 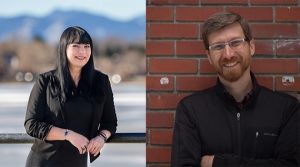 “We both have a personal interest in covering local government … We’ll be covering a lot of local decisions made at City Council meetings, as well as local schools — nobody talks a whole lot about what’s going on at our local schools,” D’Agosta said.

A previous community newspaper, The North Denver Tribune, closed in late 2017 after operating 83 years. Its publisher said at the time the newspaper was unable to cover its expenses.

“The North Denver Tribune was beloved in North Denver,” D’Agosta said. “When they closed, we heard so much from the community about how missed that paper was as a resource. We feel confident that the community wants this paper.”

The newspaper will print 30,000 copies for its first month.

The Denver North Star’s first print edition will be released Oct. 15 and will focus on the upcoming school board elections, featuring interviews with candidates. The publication already has begun posting stories on its website; one focuses on the installation of a new artificial turf field at Brown International Academy in Sloan’s Lake.

The newspaper will print 30,000 copies for its first month. Yankee Peddler Postal will deliver issues door to door in the coverage area over several days, at no cost to residents.

This is a different distribution method than the Tribune’s, which mailed out its newspapers. Sabados said he and D’Agosta considered both methods, but chose door-to-door distribution “because people will notice it a little easier” on their door rather than mixed up in their mail.

Those outside its coverage area can have the Denver North Star mailed to them for $30 a year.

The paper will be funded by this subscription fee and ad revenue. D’Agosta said she and Sabados provided some initial funding to fund the startup.

Sabados said he and D’Agosta have worked out the numbers and think the North Star can avoid the Tribune’s fate by keeping its overhead costs low, partly by running the newspaper out of their own homes.

“We think it’s a viable business model,” Sabados said. “Part of it, I think, is that Sabrina and I are really hands-on, and most of the articles are written by us. Door-to-door delivery actually came in cheaper than mailing. And we’ve had a great response from local businesses — we’re finalizing the first issue right now, and our ad space is full.”

“There are many advertisers who have already signed year-long contracts with us,” D’Agosta said.

They’ve already brought on a couple of columnists. Erika Taylor, owner of fitness consulting business Taylored Fitness, will write a regular health and wellness column. Scott Durrah, another former candidate in the District 1 race, will contribute a restaurants column. D’Agosta and Sabados also plan to hire interns from North High School to cover the school’s sports.

D’Agosta and Sabados began discussing the idea just four months ago, around the same time council elections were wrapping up.

“Over the course of the campaign, we saw what not having a community newspaper did to the community,” Sabados said. “People kept asking us where to go to get more information, because there’s so little coverage of local politics.”

D’Agosta’s history in community journalism also played into her decision to get on board, she said. The Colorado native began her career at a publication in Pennsylvania before returning home to work at the now-defunct Cherry Creek Times. She then moved onto the Golden Transcript, a weekly community newspaper in Golden.

She eventually transitioned into government communications, and currently works as a communications manager for the Colorado Department of Health Care Policy and Financing.

“Community journalism is where my heart is,” she said.

Both she and Sabados, who owns the nonprofit consulting firm Compass Strategy Group, are balancing the newspaper on top of their day jobs. Down the road, they hope to make the newspaper full time.

“The community knows who we are and knows what we care about,” she said. “But it’s really a testament to the North Denver Tribune and how well-loved they were by the community. We’ve been pleasantly surprised by how people have embraced us in bringing a community newspaper back.”

Other community newspapers operating in the Denver area include the Washington Park Profile and Life on Capitol Hill, both of which were purchased last year by Englewood-based Colorado Community Media, and the Glendale Cherry Creek Chronicle.

Thank you for letting your readers know about The Denver North Star. We are proud to be bringing community journalism back to North Denver.

What is the website address for the Denver NorthStar?

this paper is now littering our yards and streets as no one picks them up and they sit for weeks.
we did not opt for this mass delivery. please stop.