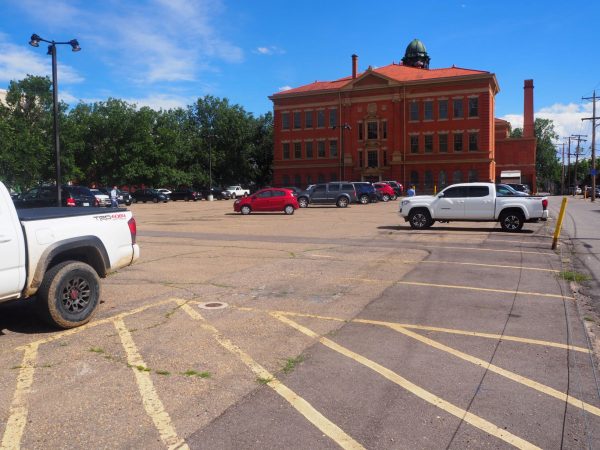 The sale would include large parking lots to the north, northeast and west of the Evans School. (Thomas Gounley)

A different apartment developer has taken a liking to a former elementary school — and the massive parking lots that surround it — in the Golden Triangle.

Lennar Multifamily Communities is under contract to purchase the three-story school building at 1115 Acoma St. as well as parking lots to the north, east and west, according to sources familiar with the deal.

The deal is still months from closing, these sources said.

Washington-based Holland Partner Group was previously under contract to purchase the property, but that deal fell apart last year. 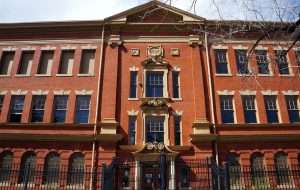 The school and parking lots are currently owned by Continuance LLC. (Thomas Gounley)

The school was built in 1904 and used for nearly 70 years. Like Mount Evans, it is named after John Evans, governor of the Colorado territory from 1862 to 1865.

The school and parking lots are currently owned by Continuance LLC, which is affiliated with the Eber family. Brothers Richard and Alan Eber purchased the school from Denver Public Schools in 1974 for $620,000, according to a Westword report. The building sat vacant for decades, prompting criticism from some who wanted the structure repurposed.

Lennar is familiar with the Golden Triangle. The company paid $18.5 million last year for a large site just a block away, where it plans to build two apartment towers.

The company would be looking to do something similar with the lots surrounding the Evans school. The school itself is on the National Register of Historic Places.

Lennar owns four apartment complexes in the Denver area, including Radiant at 2100 Welton St., according to the company’s website.

The sale would include large parking lots to the north, northeast and west of the Evans School. (Thomas Gounley)

A different apartment developer has taken a liking to the Evans School and the massive parking lots that surround it.