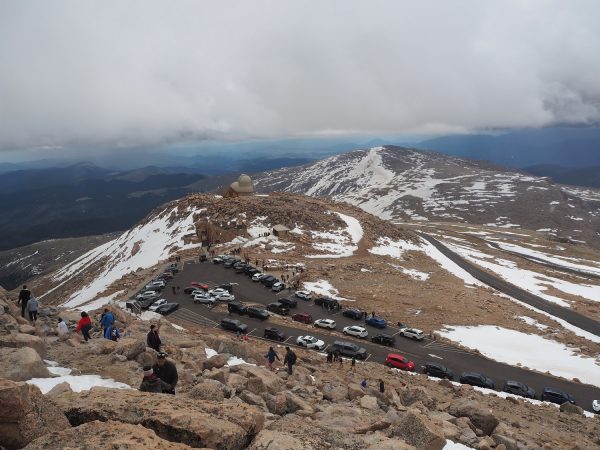 A second alternative name has been formally proposed as an obscure federal board considers whether to rename one of Colorado’s most well-known mountains.

Last June, a Denver elementary school teacher asked the U.S. Board of Geographic Names to change the name of Mount Evans to Mount Cheyenne Arapaho. A summary of a March board meeting, meanwhile, shows that the board has since received a counterproposal: Mount Soule.

Both petitions seek to oust John Evans, governor of the Colorado territory from 1862 to 1865, as the mountain’s namesake because of his connection to the Sand Creek Massacre of 1864, a slaughter of Cheyenne and Arapaho peoples by cavalry overseen by the Evans-appointed Army Col. John Chivington.

Speaking to Denverite last year, schoolteacher Kate Tynan-Ridgeway said that upon learning of Evans’ role in the massacre, she became “offended that our beautiful landmark was named after him.” She signaled she was open to alternatives besides Mount Cheyenne Arapaho. 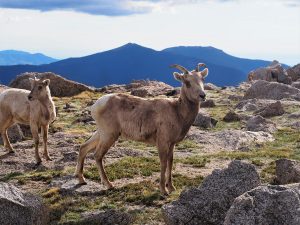 Bighorn sheep on the slopes of Mt. Evans.

“I’m personally not vested in the new name, but I’m really vested in getting rid of John Evans’ name from that mountain,” she said.

Documents posted by the federal board state that Karen Naiman submitted the subsequent proposal to change the name to Mount Soule. The name would reference Capt. Silas Soule, who refused an order for his unit to participate in the Sand Creek Massacre.

Mount Evans, located about an hour west of Denver in Clear Creek County, is the 14th-tallest of the Colorado’s 14ers. It is one of the state’s most well-known mountains, largely because it is one of only two — along with Pikes Peak — that has a paved road to the top.

A board representative did not respond to a request for comment this week.

Despite its distance from the city, Mount Evans is home to Summit Lake Park, which is managed by the City of Denver. Parks and Recreation spokeswoman Cyndi Karvaski said in an email that the department deferred the board’s request for comment to the Denver American Indian Commission, and that the renaming proposals are expected to be discussed at a June 30 Tri Ute meeting.

The board said in documents that it “would prefer not to be asked to choose between competing proposals and would hope that the issue can be resolved locally.”

Colorado does not have a state names board, which the federal board typically would look to for guidance. Clear Creek County, where the mountain is located, opposes renaming the peak, according to the board.

The earliest reported name of the summit is Mount Rosa, which was handed down in 1863 by artist Albert Bierstadt, whose name now graces a neighboring 14er. The Colorado Legislature declared the peak to be Mount Evans in 1895, two years prior to Evans’ death. 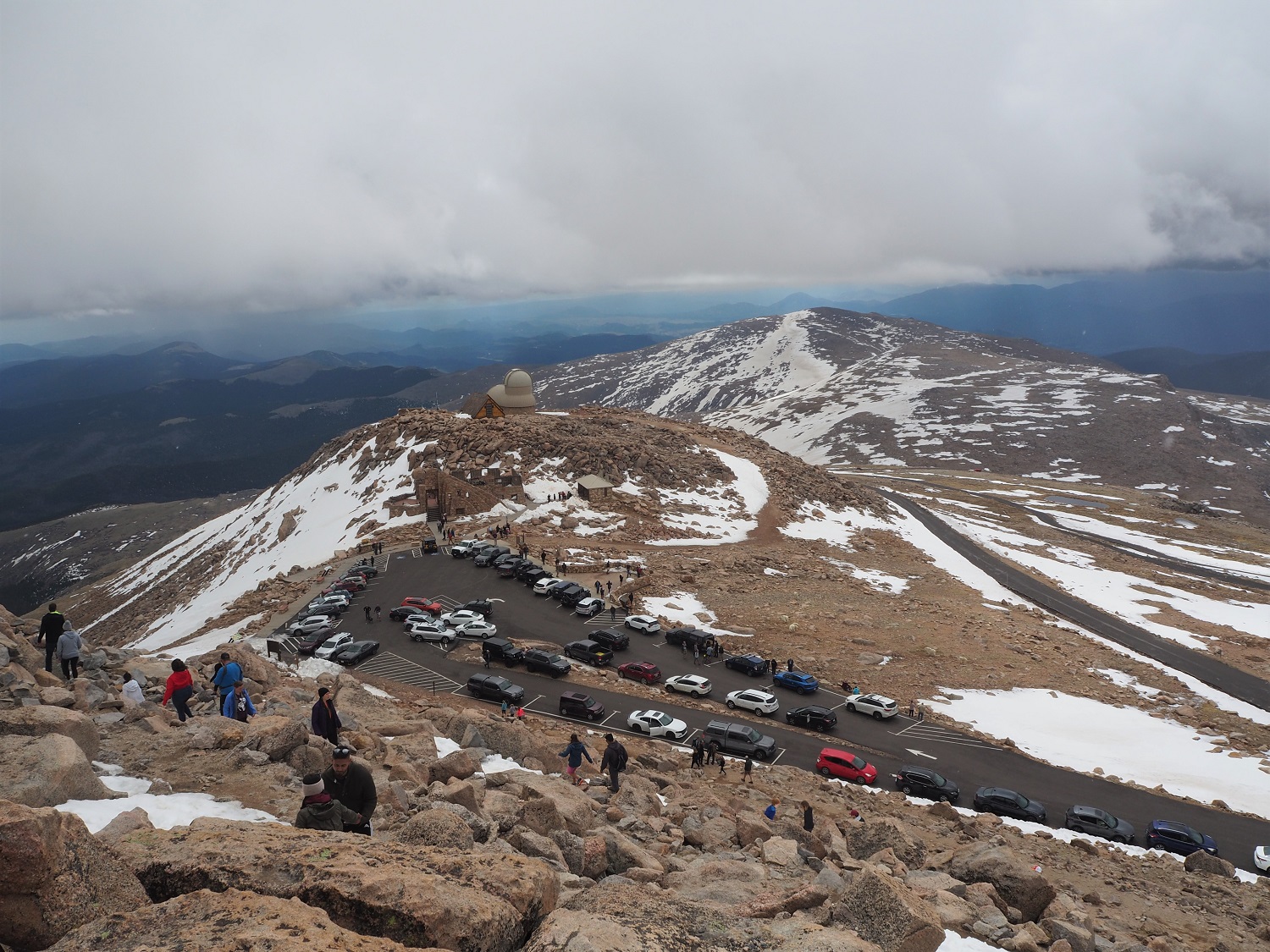 A Denver schoolteacher last year asked the U.S. Board of Geographic Names to rename the peak Mount Cheyenne Arapaho. But a counterproposal has been submitted.

The governor didn’t order this massacre, Chivington acted outside the law. And was taken to court for his actions.

Oh, let’s grow a set and stop changing names because of what they might have done in the past. People lets look forward not backward..Nonsense because it hurt someone’s feelings. Its time to stop all this crying over the past.

“We conclude that John Evans’s pattern of neglect of his treaty-negotiating duties, his leadership failures, and his reckless decision- making in 1864 combine to clearly demonstrate a significant level of culpability for the SandCreek Massacre.
While not of the same character, Evans’s culpability is comparable in degree to
that of Colonel John Chivington, the military commander who personally planned and carried out the massacre. Evans’s actions and influence, more than those of any other political official in Colorado Territory, created the conditions in which the massacre was highly likely. Evans abrogated his duties as superintendent, fanned the ames of war when he could have dampened them, cultivated an unusually interdependent relationship with the military, and rejected clear opportunities to engage in peaceful negotiations with the Native peoples under his jurisdiction. Furthermore, he successfully lobbied the War Department for the deployment of a federalized regiment, consisting largely of undertrained, undisciplined volunteer soldiers who executed the worst of the atrocities during the massacre.”

From the University of Denver Report of the John Evans Study Committee 2014. Led by Richard Clemmer-Smith and Alan Gilbert to look at how Evans should be remembered by DU. Northwestern University did similar investigations by historians and went with similar conclusions.

It is worth the read to know the history. Evans did tons of good. The existence of DU and Northwestern are great examples, but he had issues that were not uncommon for that time that including his vile treatment of Native Americans. Chivington it should be noted is the “hero of Glorieta Pass” in NM, the only civil war battle in that state, and he fought for the north. People are complex, even people who commit awful acts.