But within the first few days of the new year, one startup raised nearly twice as much in just one round.

Boom Supersonic, a startup looking to build commercial supersonic jets, raised $100 million last week, according to a Form D filed through the SEC.

The filing said 53 investors contributed to the round. Boom recently moved into its new headquarters near Centennial Airport. The company aims to start building its supersonic prototype this spring.

California-based Emerson Collective led Boom’s Series B round of funding, which also included investment from Y Combinator Continuity, Caffeinated Capital and SV Angel, according to a news release.

All Colorado companies, including non-startups, raised a total of $128 million in December.

Here is a roundup of all the Colorado companies raising money last month. 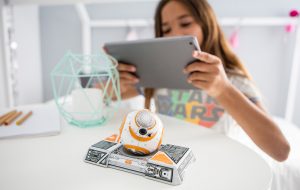 Plus, our roundup of startup funding in December.