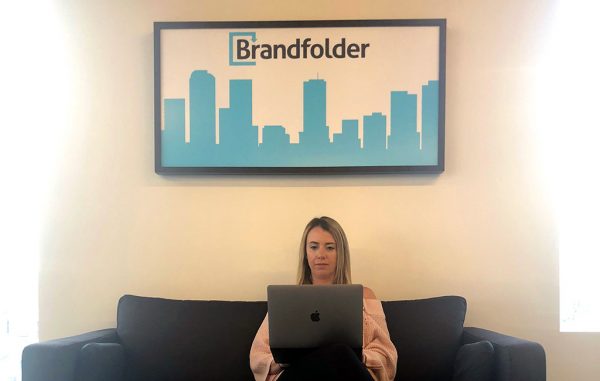 Denver startup Brandfolder is no longer feeling as scrunched.

“In our last space we really couldn’t host customers, partners and friends,” CEO Luke Beatty said. “I don’t think office matters all that much. Being able to host our customers and local people and events, that matters.”

Beatty, a Denver native, went to high school with the Kyle Zeppelin, developer of the building at 3501 Wazee St.

“This office is in some ways really un-Brandfolder,” Beatty said. “This company is very scrappy … It’s a reward for us to have such a nice office space. We still have a lot to prove.”

The 100,000-square-foot building will house the headquarters of developer Zeppelin Development, as well as offices for Dfine Branding, Love Your Hood and Dynia Architects, which designed the structure. Vinh Xuong Bakery, Aloha Poké Co. and Dandy Lion Coffee are among those signed on for restaurant space.

Beatty, a former president at AOL and Verizon, worked with current HumanCode CEO Christopher Glode to start Brandfolder in 2012, after selling his company Associated Content to Yahoo.

“Companies, to us, were not really managing their brand in any sort of thoughtful way,” he said. 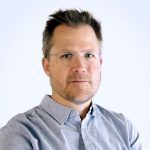 Just as businesses use Salesforce to manage clients and Slack for internal communication, he said, he wanted a platform for the thousands of images, logos, colors, videos and other digital assets companies own.

Brandfolder raised $5 million in September 2017 from investors that included Silicon Valley-based Telescope Partners. The company has 27 employees, but is looking to expand its headcount.

“We are mapped out to hire about 11 people this year,” Beatty said. “By next year, we’ll probably be around 50 people.”

Brandfolder’s clients include Under Armour, New Belgium Brewing and the Denver Broncos. Beatty said the firm’s work for the team prompted the Broncos’ Oakland rivals to get in touch.

“As a Colorado native myself, I have a hard time doing business with the Raiders,” he joked. “They reached out to us a couple weeks ago and said, ‘Hey, we need that.’”

The Denver-based brand management startup more than tripled its office size in a move from Taxi digs.