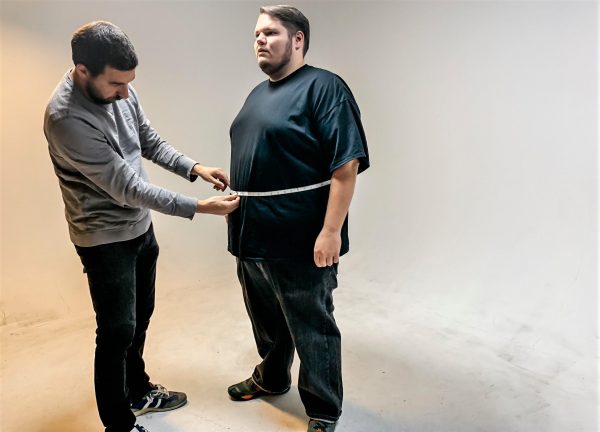 He’s launching his Denver-based startup, Holton, to help solve the problem of ill-fitting shirts, pants and other clothes for large men.

The startup just tucked away $335,000 in funding, and is looking to raise a total of $600,000. Local investors include Galvanize co-founders Jim Deters and Lawrence Mandes, members of Denver-based fund Upslope Ventures, Seigle said.

“Basically this gets us our first couple rounds of product launched,” Seigle said. “It gets our site launched. This is finding product fit and building out our community.”

Holton’s website will launch in February, selling T-shirts, polos, sweatshirts, fleeces and other items. Pants will be added later on.

Before Holton, Seigle, 42, worked in retail as a buyer for a Filene’s department store, and founded a video game e-commerce company called Treehouse Brand Stores, which was acquired by Geeknet (later purchased by GameStop) in 2014 in a deal worth up to $3.5 million.

Seigle decided to start an apparel brand for bigger men at the beginning of this year.

“My background is in menswear and I’d been watching what’s been happening with the success of plus-size women’s brands,” Seigle said.

He began interviewing men he saw as Holton’s target customers.

“Really, we started hearing the same thing,” he said. “The biggest issue for guys is the clothes don’t fit, the quality is terrible and the shopping experience is terrible … Bigger guys have been ignored by the apparel industry.”

About 12,000 men signed up to help the startup figure out the best way to structure its sizes, Seigle said. Holton will offer clothing in 24 different sizes, whereas the typical Big and Tall store sells clothes in only six sizes, he said.

“Guys are forced to make a trade-off between width and length,” Seigle said. “The other was the issue of having it fit them how it should in their chest and shoulders but not their stomach.” 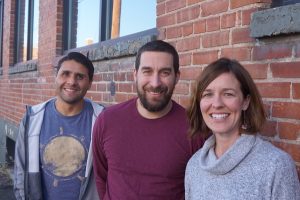 The startup plans to manufacture its apparel in Mexico, Guatemala and Los Angeles. Seigle said he has not finalized pricing.

Some men’s apparel startups in Denver, including Bespoke Edge and Ratio Clothing, will custom-produce apparel for customers. Seigle said he wants to be able to deliver product to his customers more quickly than the custom options and noted that, unlike them, Holton’s apparel will be more casual than custom-made suits.

“I think the most challenging thing is making sure we get the fit right,” Seigle said. “Nobody should have to not have the availability of clothes that they are comfortable in and fit them well.”

In addition to Seigle, Holton’s other employees in Denver include Eloy Lopez, who founded Denver DJ company Beatport, and Brianna Littlepage, former director of marketing at Good Karma Foods. Holton is based at Thrive Workplace in Ballpark.

Jed Seigle worked as a buyer for a department store, then founded a video game e-commerce company. ‘Bigger guys have been ignored by the apparel industry,’ he said.