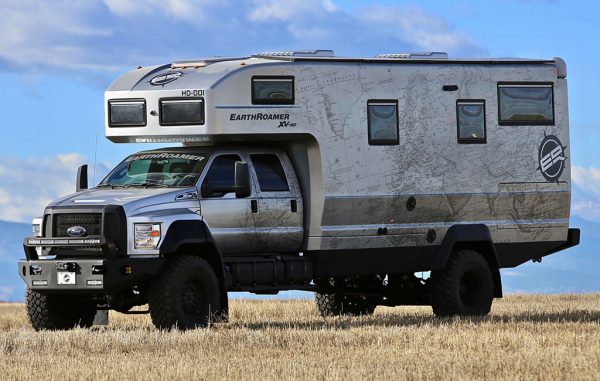 Yours for $1.5 million: one of the most rugged – and refined – camping rigs ever to travel the Earth.

The XV-HD is built on a four-wheel drive Ford F-750 frame designed for off-the-grid adventures that spare no comforts.

“We’ve been talking about this new one for a decade now,” President and chief operating officer Tyler Tatro said. “Our customers have always expressed interest for a larger product.”

The XV-HD is a bigger version of Earthroamer’s previous model, the XV-LTS. It’s 6 feet longer and can hold 25 more gallons of fuel and 165 more gallons of clean water. The new model also ups the aesthetic ante, with reclaimed barn wood floors, marble countertops and a tile shower.

“It feels expensive, which is rare in an RV,” Tatro said.

The XV-HD operates its air conditioning off the truck battery instead of a generator. If the battery charge gets too low, the engine automatically turns on, and Tatro said the air conditioning can run for 24 hours after two hours of the engine running.

“You get to these beautiful places and you don’t necessarily want a loud generator running in the background,” he said.

The vehicle includes radiant in-floor heating. In addition, owners can control heating, cooling, solar and water, appliances and battery power on a mobile device. Owners can preset all the controls, so with one press of a button, the vehicle’s amenities can be ready to travel or set up camp. 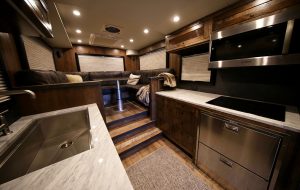 After a year of construction, Earthroamer just completed its first XV-HD model, with orders for four more on the docket for 2018. Tatro said it takes six months to build each model.

Bill Swails started Earthroamer in 1998. At the time, he was a freelance photographer in need of a vehicle that could get him to remote destinations for outdoor and adventure photos. His first custom camper garnered so much interest that Swails started making blueprints for others, which eventually turned into the XV-LTS.

Since then, the company has sold more than 200 vehicles. It expanded in 2015 to 22,000 square feet at its facility in Weld County.

“I think what it boils down to is people who want to get off the beaten path and people who don’t want a conventional RV,” Tatro said. “A traditional RV won’t get them to where they want to go from a four-wheel-drive or clearance standpoint.”

(Video) Inside the creation of a Colorado Camper Van 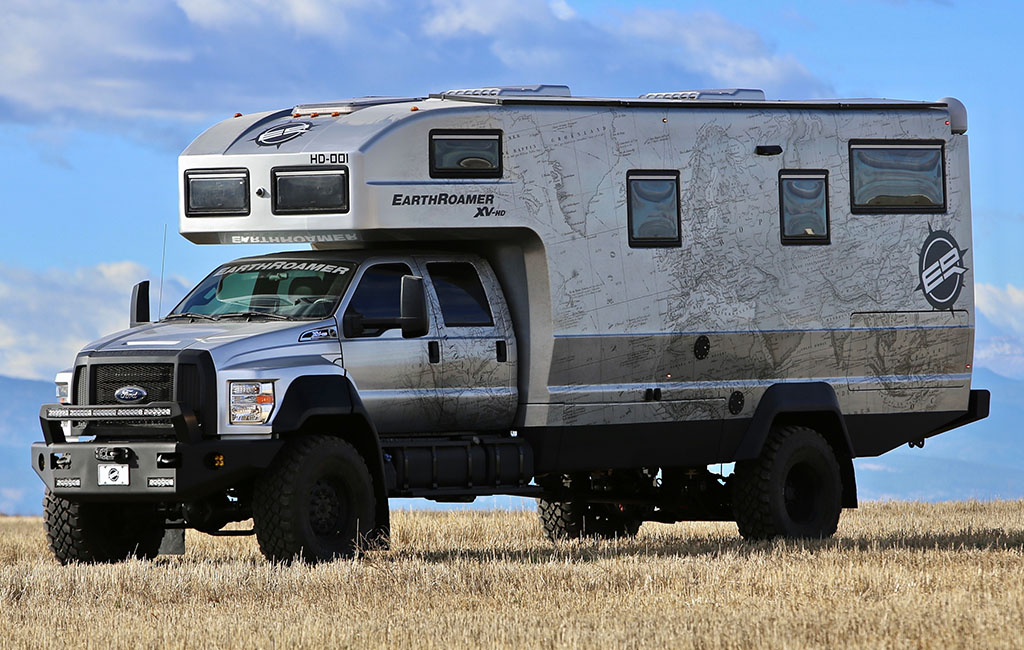 Yours for $1.5 million: one of the most rugged - and refined - camping rigs ever to travel the Earth.