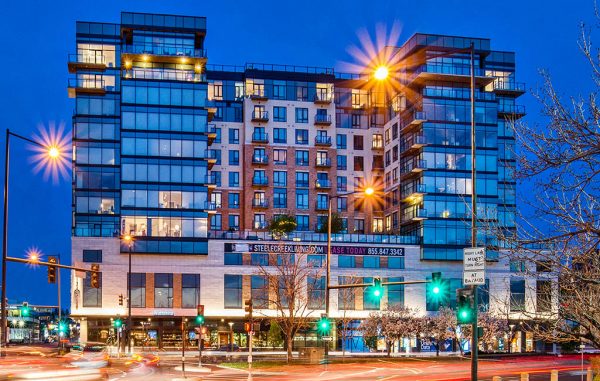 A deal for a 2-year-old apartment building in Cherry Creek is one for the record books.

UDR, which declined to comment, provided $90 million of financing when the project was being built, and also lists 17-story Acoma at 816 Acoma St. on its website.

BMC CEO Matt Joblon said Steele Creek was his company’s first development, and the first one it is selling.

“It’s one of those once-in-a-career things,” he said, calling it “a five-year journey.”

*Not including retail space at $1,000 per square foot

BMC has gone to develop other major properties in Cherry Creek, including the Halcyon and Moxy hotels and pending mixed-use building St. Paul’s Collection.

The development’s website lists one-bedroom units starting at $2,095 per month. UDR is promoting two weeks of free rent with a lease.

Amenities include 24-hour concierge, a rooftop deck outfitted with an infinity pool, and a resident clubroom with billiards and a virtual golf simulator, according to ARA Newmark.

Joblon said the building has about 450,000 square feet between residential and retail space and parking. He said the property maintained occupancy rates around 90 percent.

Just less than half the 17,200 square feet of commercial space is occupied by restaurant Matsuhisa. AT&T and salon Drybar also have a presence in the building. Joblon said one remaining commercial space is unoccupied, but that he believed a lease has been signed.

BMC purchased the 1-acre lot at the corner of East First Avenue and Steele Street for about $16 million in September 2012.

BMC broke ground on Steele Creek in October 2013 with Centennial-based Haselden Construction as the general contractor. The first residents moved in April 2015.

Joblon said the plan was always to take a look at the market two years after residents moved in. 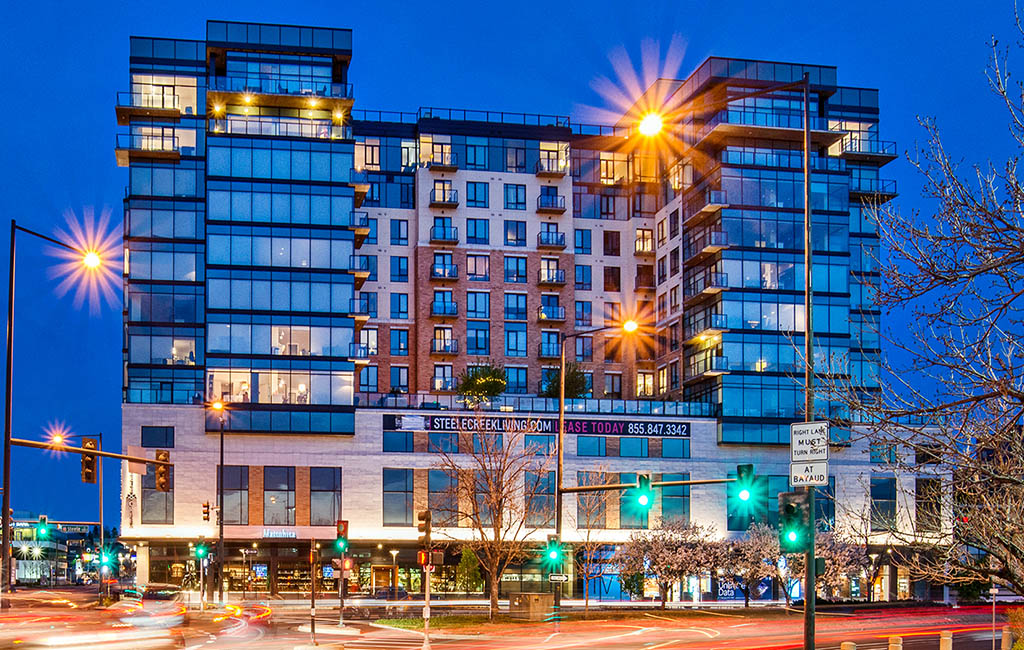 A deal for a 2-year-old apartment building on First Avenue, BMC Investments' first development, has ended "a five-year journey" for its owner.