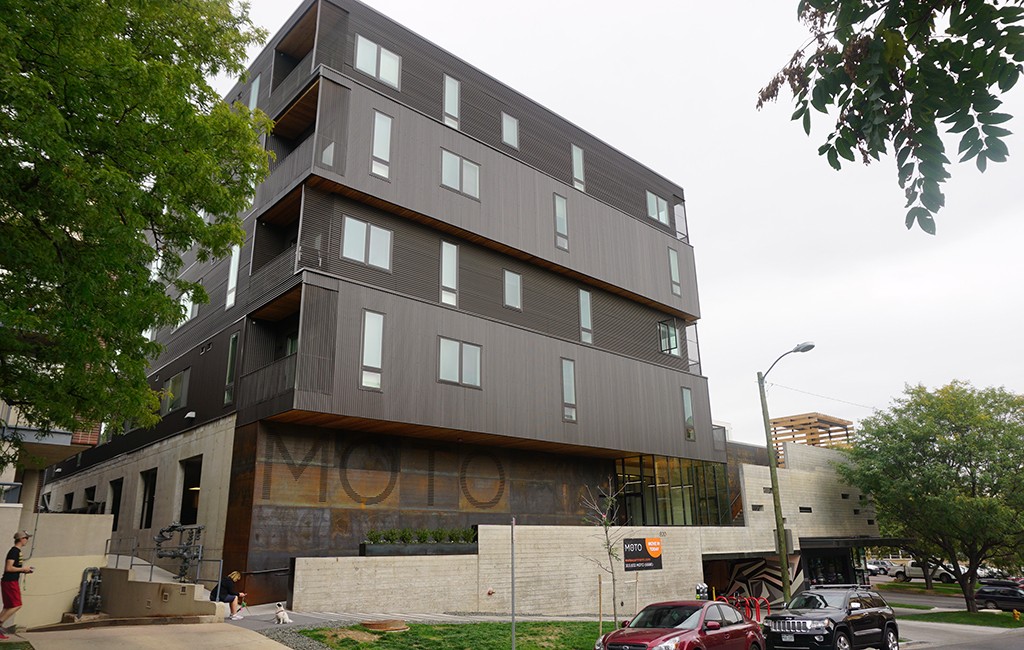 Elevation Development Group sold the MOTO apartments at 820 Sherman St. last week for $25.25 million. Company co-owner Brent Farber said they didn’t plan on letting go of the 1-year-old building so soon, but looked at a sale a few months ago to capitalize on strong demand.

“We obviously built a pretty unique building and we were excited about the project,” he said. “But there was an opportunity to take it out to market, and there has been a lot of demand for that kind of asset with a unique design and mixed-use multifamily.”

Moto has 64 apartments with a coffee shop and a barber shop on the ground floor. Setting aside retail stalls, the $25 million price figures to about $395,000 per apartment. Jordan Robbins and Jeff Haag of HFF brokered the deal on the seller’s behalf.

Robbins said they started marketing the building in March. He said it drew strong interest as one of the only brand-new buildings in its immediate area. Potential buyers also liked the two ground floor retail spots, and Robbins credited the building’s design.

“It feels more like a high-end hotel than an apartment building,” he said. 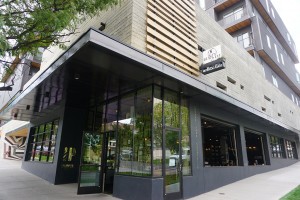 Moto has 64 apartments with two shops on the ground floor. (Burl Rolett)

An onsite leasing representative said studio apartments start at about $1,350 per month. The six-story building opened late last year and includes an elevated roof deck, facing west above the corner of Eighth Avenue and Sherman Street.

The buyer in the deal was Denver Moto LLC, a California-based firm managed by John Evilsizor. Moto is also at least the second Denver apartment building Evilsizor has bought recently. He paid $5.04 million for an apartment building at 2350 S. University Blvd. in a deal that closed last week.

Meanwhile, Elevation Development Group is working on a new office, retail and hotel development near the 38th and Blake station in RiNo called the Hub. Farber said they are also eyeing the same neighborhood they just cashed out of.

“We want to continue to be opportunistic in Denver, and we like the Capitol Hill and Governor’s Park market – it’s one we’re excited about,” he said. “We’re working to continue to invest in Denver, it has a lot of strength behind it and a lot of positive news in the realm of infrastructure and continued city investment.”