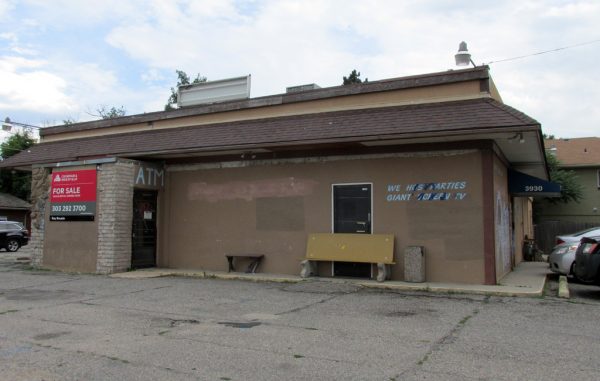 The quarter-acre property on the corner of Perry Street and West 38th Avenue sold for $1 million. (Lynn Yen)

Once pegged for a three-story commercial development, the new owner of a West Highlands property is sniffing out the site for a pet care chain instead.

Dallas-based private equity firm Leon Capital Group this week bought a small retail building and its quarter-acre property on the corner of Perry Street and West 38th Avenue for $1 million.

Instead of following the previous owner’s plan to redevelop the property into office and retail, the buyer plans to bring in pet care chain CityVet as its tenant.

“We really like the spot for retail because it’s right in the middle of the action, with lots of families around that would like to have a neighborhood veterinarian at their back door,” said Hunter Dallas, VP at Leon Capital.

An initial project description of 3930 W. 38th Ave. submitted to the city proposes adding 2,750 square feet to the 1978 building’s 3,700-square-foot frame. Dallas said the goal of renovations is to make the store feel “very Apple store” with “clean, bright colors.”

CityVet is a Dallas-based pet care chain that provides veterinary services, grooming and boarding and also sells pet goodies like food and toys.

The Dallas Morning News reported that the 20-year-old pet care firm plans to expand into Houston, Denver and Atlanta thanks to a $2.5 million deal in which Leon Capital buys properties and leases them to CityVet.

Dallas said the West 38th Avenue outpost will likely be the third CityVet to open in Denver.

The first is slated for the former Cheeky Monk restaurant and Lost Highway brewery on East Colfax, which Leon Capital bought for $3.75 million last fall. Leon Capital has leased the other half of that building to Arizona-based Urgent Care Extra.

The second is 333 S. Colorado Blvd., a free-standing building south of Alameda Avenue that hosts a Midas auto service shop.

Gene Lucero purchased the West Highlands property at 3930 W. 38th Ave. for $900,000 through Sonrisa Holding LLC in 2015. He said at the time that he hoped to turn the site into a three-story office building. The property previously had hosted a spinoff of downtown jazz bar El Chapultepec from 2007 to 2014.

Lucero did not respond to a message seeking comment Tuesday.

In 2015, he announced plans to revamp other properties he owns on West 38th Avenue. Lucero purchased the Thai Basil restaurant building at 3301 W. 38th Ave. for $2.2 million in 2015 with designs for turning the site into a commercial development. The deal prompted Thai Basil to plot a move into new construction across the street.

West 38th has seen a wave of redevelopment in recent years.

Allante Properties opened the 68-unit Highland Place at 38th Avenue and Julian Street in 2015 and Trammel Crow Residential dug into another former Lucero property for a 320-unit project called Alexan West Highlands just to the west.

The quarter-acre property on the corner of Perry Street and West 38th Avenue sold for $1 million. (Lynn Yen)

Once pegged for a three-story commercial development, the new owner of a site on West 38th Avenue is bringing in a pet care chain instead.