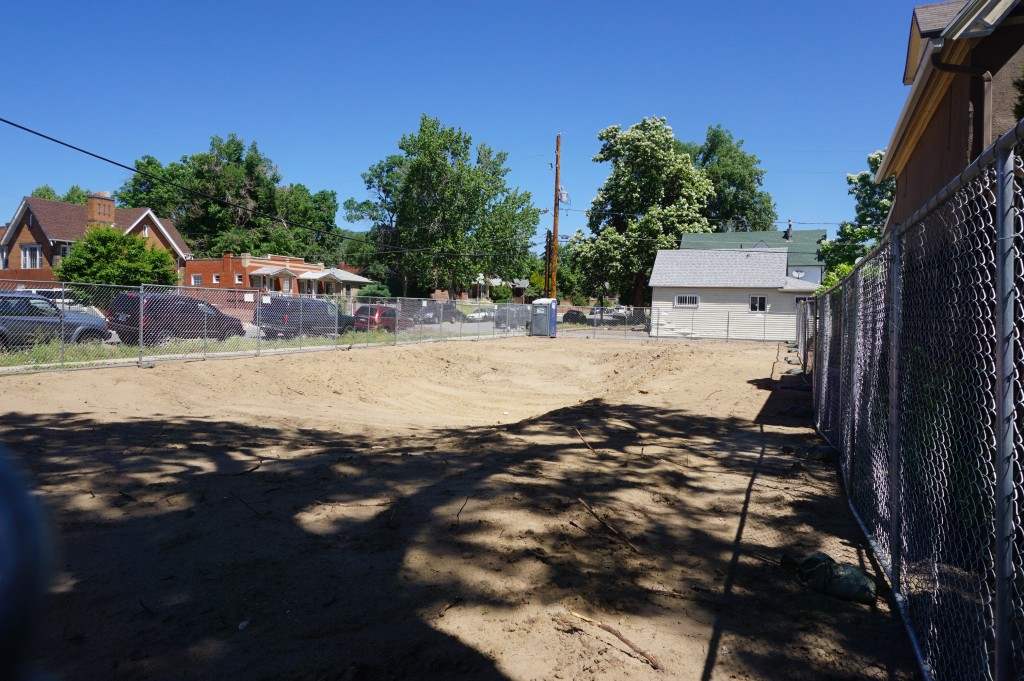 This site at 38th and Julian will soon host townhomes and a restaurant. Photo by Burl Rolett.

The former Whole Meds building at 38th Avenue and Julian Street has been demolished to make way for a row of townhomes and a new Thai Basil restaurant, according to Ty Mumford of Dawn Development, the project general contractor.

Thai Basil will relocate from its current home on the other side of the block at 38th Avenue and Irving Street. Thai Basil owners Jimmy Lam and Margaret Ho sold that site to developer Gene Lucero last year for $2.2 million.

Lam and Ho, acting as Lam & Ho Investments, LLC, also own the property where their new Thai Basil will be built. They bought that site in 2007 for $300,000, city records show.

Plans submitted to the city show a 1,500-square-foot restaurant space fronting 38th Avenue and six new townhomes just off of the corner along Julian Street. The new building will stand three stories tall with townhomes averaging about 1,810 square feet.

The lot covers about one-eighth acre. It previously housed the Whole Meds marijuana dispensary, which now operates from a RiNo storefront at 3450 Brighton Blvd.

The stretch of 38th Avenue from Irving Street to Lowell Boulevard has been a hub of West Highlands redevelopment as of late. Last year, Allante Properties opened Highland Place, a new, 68-unit apartment building at the southeast corner of 38th Avenue and Julian Street.

And the soon-to-be former Thai Basil restaurant at 38th and Irving won’t stay dark for long. Lucero told BusinessDen last year that he was looking into some sort of mixed-use development there. 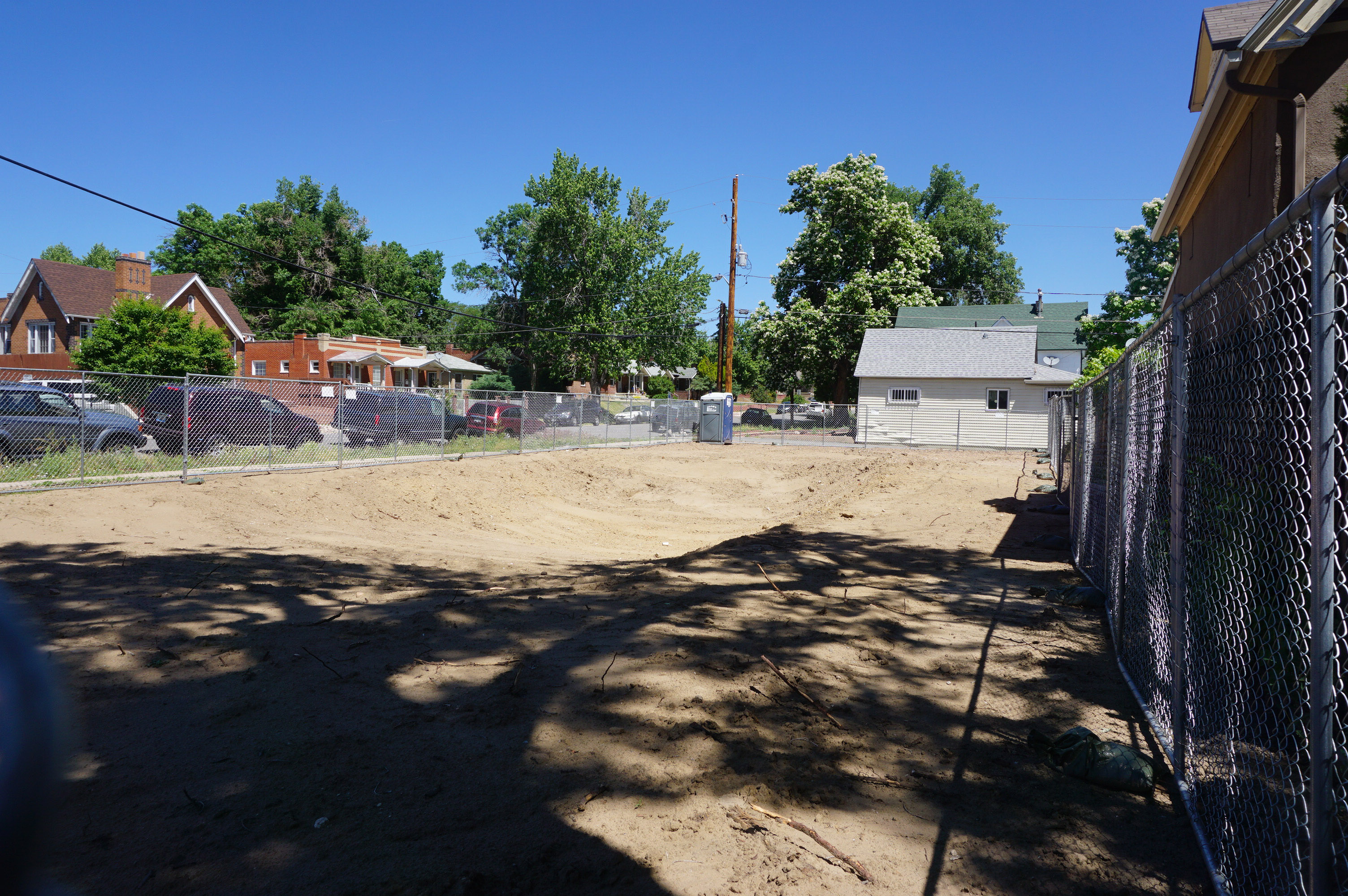 This site at 38th and Julian will soon host townhomes and a restaurant. Photo by Burl Rolett.