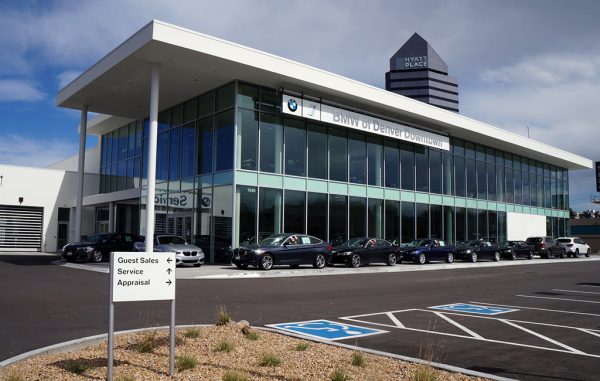 Dad taught you never to cut off a motorcycle.

Since the BMW car shop opened in Glendale late last year, the 45-year-old motorcycle dealership says it has been plagued by “telephone calls and website inquiries for sales, parts and service information” meant for the similar-sounding car dealer, and by “misdirected complaints” that hurt rankings on review websites.

The Centennial dealership, which sued last week under the name Pioneer Motorcycles, is represented in court by Richard Eason and David Eason of EasonLaw in Denver. Dave Eason declined to comment when reached by phone Friday.

The original BMW of Denver dealership opened in 1972. Pioneer Motorcycles purchased the BMW franchise in 1999 and has operated it since. It recently moved the shop from Aurora to Centennial. 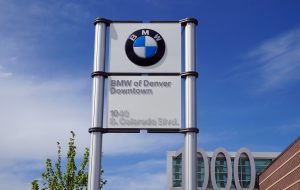 Meanwhile, Sonic has been busy using its $837 million market cap to rev up business on Colorado Boulevard in Glendale. The publicly traded North Carolina firm acquired a pair of Murray Motor Imports dealerships on the block in 2013, then added a Chevrolet dealership in a swap with John Elway Automotive Group the following year. With its real estate and car shops in hand, the company demolished the Chevy site and poured $50 million into building adjacent BMW and Mercedes dealerships.

The general manager at Sonic Automotive’s BMW of Denver Downtown did not return a message seeking comment.

The case isn’t the only legal fender bender to flare up lately. Mercedes-Benz of Littleton sued Mercedes-Benz, USA in an attempt to stop a new Mercedes dealer from parking on its turf.

BMW of Denver Downtown in Glendale “is confusing customers” with a similar BMW brand in Centennial? This doesn’t pass the laugh test; for many many years, the only BMW car dealership was located on Colorado Blvd in Glendale – just across the street from Denver. I purchased a car there. I would never begin to believe a business with the word “Denver” in their name is located in Centennial. I would also presume anyBMW dealership sells cars unless the word “motorcycle” was in the name. I think “BMW Denver” is the one causing the confusion.

Wow,
Neither are actually in the City of Denver.

BMW Motorcycles in Centennial. I would be pissed off if I was expecting to find this business in the City, but if I had to go to County-line, I probably would believe they are deceptively using Denver to present themselves as being in the heart of the metropolitan area.

BMW Automobiles in Glendale, Saying that they are downtown, HA, I would say that only the Cadillac dealer should be able to say they are downtown. Again, trying to make themselves seen to be located in a more attractive location.

And they are both retailers for BMW products, did BMW Corporate approve the naming, because that is who likely has approved the names of the business.

I vote that both of them lose the ability to use “Denver” in their advertised name.

BMW manufactured motorcycles before the did cars… 1923 was when they started motorcycles. The cars didn’t come about until about 1928…. BMW of Denver started in Denver, which is the reason for the name.. They have been around a lot longer than the car guys….Changing the nam after building a large following wouldn’t’ have made good business sense… Todd, being in Denver wouldn’t be attractive, I hate having to trek into Denver for anything. The traffic & parking sucks.I actually avoid doing business with anyone located in Denver…

What is wrong with “BMW of Glendale (Home of Shotgun Willies)”?
Has a nice ring to it.
Then they can get a service mark of “Hot cars get you hot women”.

BMW of Denver (motorcycles) is originally from Denver. They were the first to be named that. Let me ask all of you a question. When traveling and meet someone do you say I’m from Centennial or just say Denver? I think the car dealership is in the wrong.