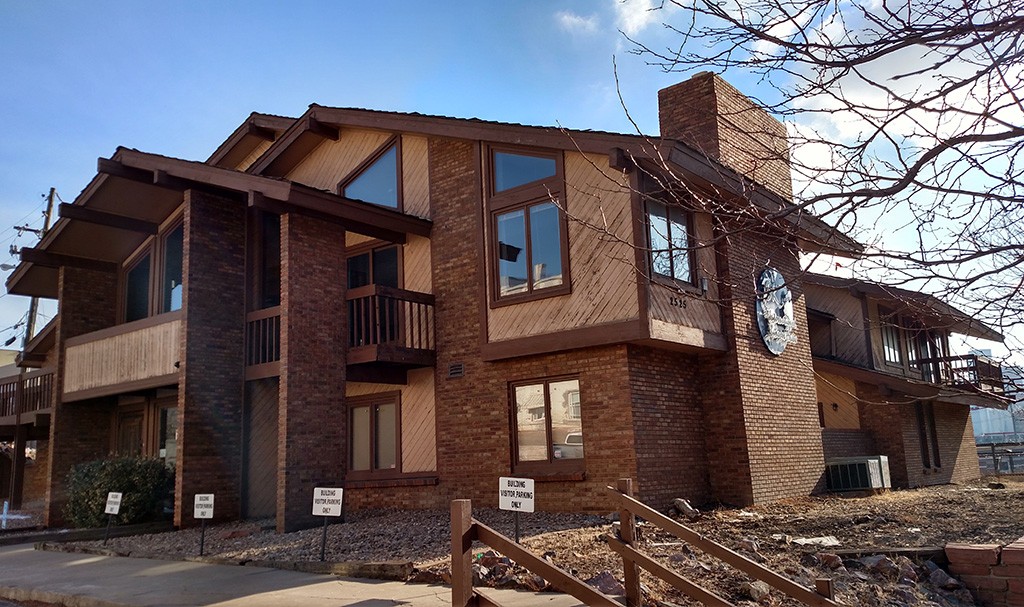 It looks like LoHi won’t be getting a boutique hotel. But there’s plenty of room if you’re willing to pay by the month.

Mill Creek Residential bought a 16th Street site in LoHi from developer Charlie Woolley for $10 million, according to city records. The Texas-based company wants to build 129 apartments on the same dirt where Woolley had said he wanted to build a hotel.

In February last year, Woolley announced a $65 million project that would have been his firm’s first foray into the nightly room rental business. Plans called for a restaurant, rooftop deck and ground-floor retail space, he told BusinessDen.

The parcel Woolley sold covers most of the 16th Street frontage between Boulder and Central streets. It hosts a 15,000-square-foot office building.

Woolley pieced together the property in at least three acquisitions between 2012 and 2013, city records show. Deals between Woolley’s firm and three different sellers over about 10 months totaled roughly $4.5 million.

Woolley did not return phone calls or an email requesting comment. 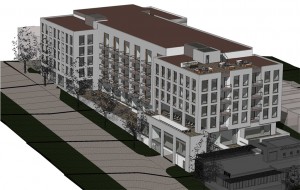 A rendering of the proposed apartments in LoHi.

A lone site plan submitted in February 2016 is the last trace of Woolley’s hotel plans with the city planning department. Mill Creek, meanwhile, turned in its concept plan for a five-story apartment building in November 2016.

Its building would add 129 apartments to LoHi. Plans list 138 parking spaces, mostly in an underground deck. Mill Creek valued the project at $25 million and estimated a start date in September 2017.

Shears Adkins Rockmore is the architect listed on Mill Creek’s plans. Kimley-Horn is the engineer. Mill Creek’s Chris Schramm was on the plans submitted with the city, and Brian Wynne signed a pair of documents on behalf of the LLC that bought the LoHi parcel.

Mill Creek is busy in Denver, with at least two developments in the works in the RiNo area. And its LoHi project would be at least the second jumbo apartment complex by a major developer to fill the tight neighborhood overlooking Interstate 25.

The Dallas-based firm is building about three blocks from the former United Way site, where Southern Land Co. is constructing a 300-plus-unit complex. That building is rising at the corner of 18th and Central streets.

Corum Real Estate also is planning a 100-unit apartment building at the corner of Erie and 18th streets, about five blocks from Mill Creek’s site.

A Texas-based company wants to build 129 apartments on the same dirt that the previous developer said he wanted to build a hotel.