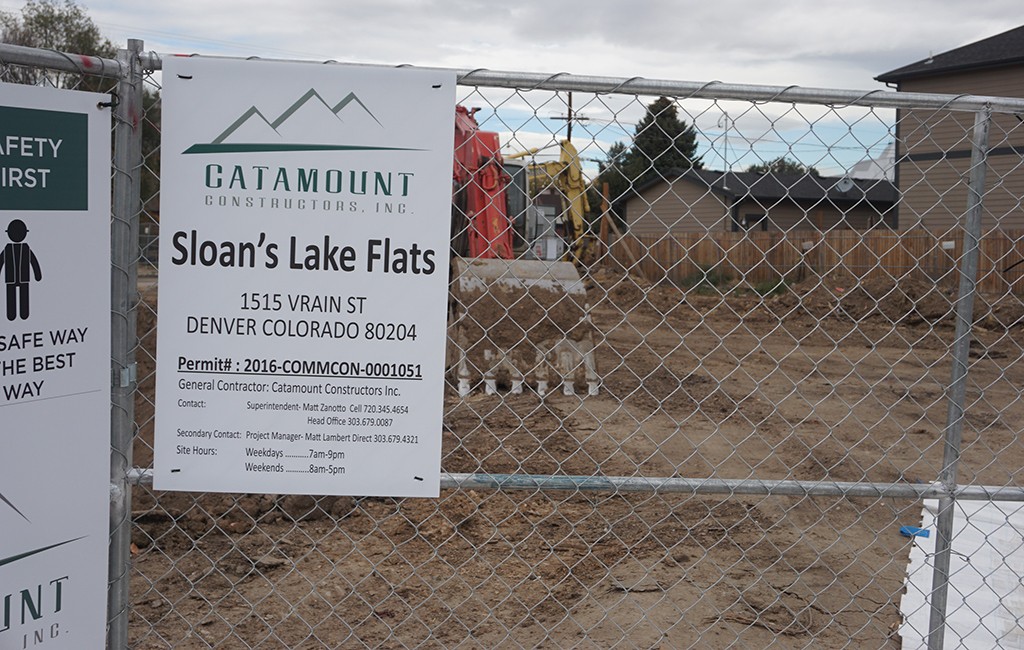 An 82-unit apartment building is under construction at 4601 W. Colfax Ave. (Burl Rolett)

More West Colfax apartments are adding to the wave of development in Sloan’s Lake.

With ground cleared and the first batch of permits issued, a new 82-unit apartment building is under construction at 4601 W. Colfax Ave. Plans submitted to the city show a five-story building with 6,000 square feet of retail space on the ground level.

The project, Sloan’s Lake Flats, will cover about half an acre at the corner of Colfax Avenue and Vrain Street. The land is owned through an LLC managed by Leon Cisneros.

Using two different LLCs, Cisneros bought about 25,000 square feet of land at that West Colfax corner for $1 million in 2015.

Cisneros did not return a phone call seeking comment by press time Tuesday, but more than $6 million worth of building permits were issued to general contractor Catamount Constructors on Oct. 13.

Floorplans submitted to the city show apartments from 380 to 508 square feet. A schematic of the building’s second floor shows apartments oriented on the building’s perimeter around a community room and kitchenette as well as spaces for tenant storage.

The stretch of West Colfax a couple blocks off of Sloan’s Lake is seeing a renaissance right now.

Cisneros’ project could piggyback off of the St. Anthony’s redevelopment, where a new Alamo Drafthouse Cinema is under construction two blocks over. That development also includes a Trammell Crow Residential apartment building, townhomes and a planned condo tower.

There are another 60 apartments coming up three blocks west of Colfax Avenue and Vrain Street. That project, dubbed X at Sloan’s, broke ground back in May of this year. 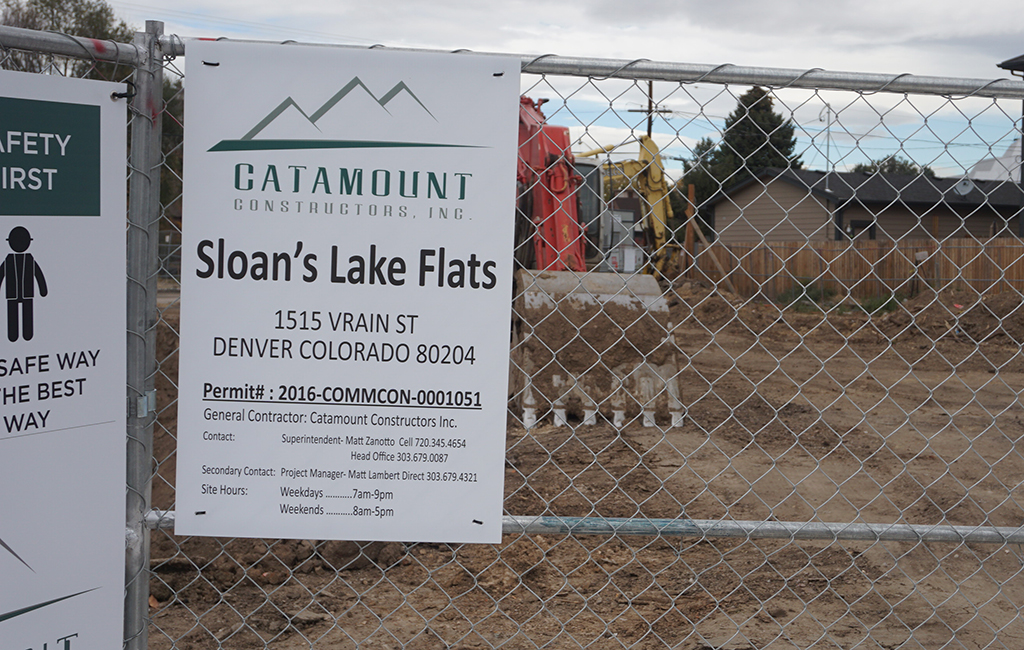 An 82-unit apartment building is under construction at 4601 W. Colfax Ave. (Burl Rolett)

The project, which goes by Sloan's Lake Flats, will cover about half an acre at the corner of Colfax Avenue and Vrain Street.