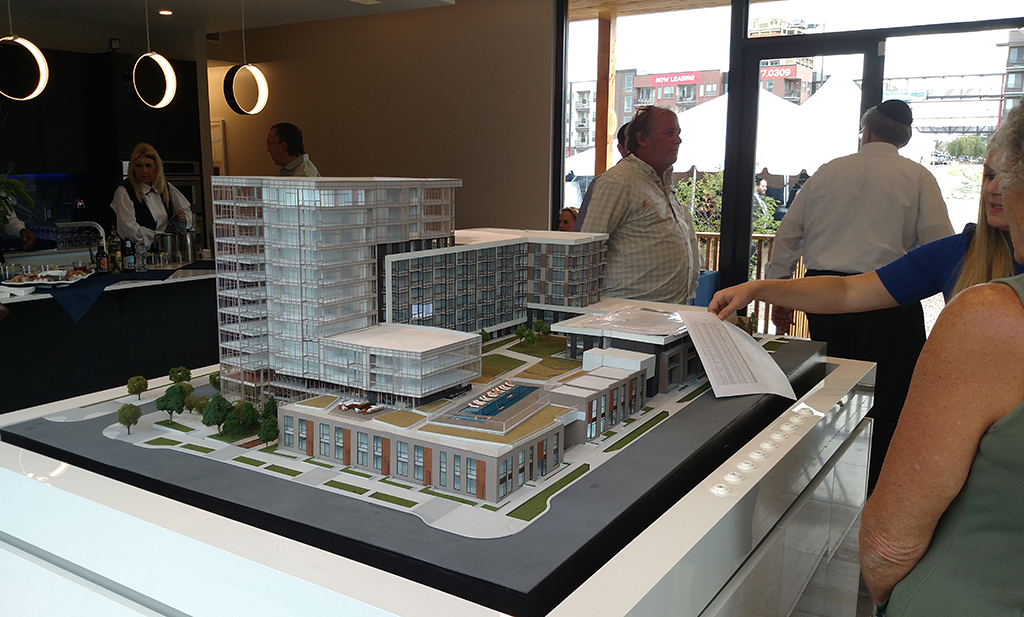 A model of the Lakehouse condominium project, which developers hope to begin in October. (Burl Rolett)

NAVA Real Estate hosted a sales launch event for their 12-story Lakehouse condominium project last week as the Denver-based development firm comes within months of breaking ground on one of only a few large scale condo developments in the works in the city. 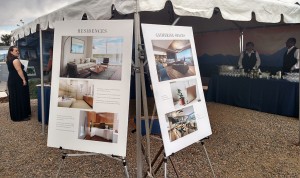 Lakehouse will feature more than 220 condos starting near the mid-$400,000s with penthouses topping out at more than $1 million apiece. NAVA real estate hopes to break ground on the tower in October.

Kentwood City Properties Realtors Kevin Garrett and Dee Chirafisi are selling the Lakehouse condos. Their temporary base of operations is a trailer fashioned like a lakefront home at the corner of 17th and Raleigh streets.

Lakehouse is part of a planned neighborhood replacing the former St. Anthony’s Hospital in Sloan’s Lake. It will join an apartment building by Trammell Crow Residential, as well as rows of townhomes and a retail development with an Alamo Drafthouse Cinema at the former hospital site.

Lakehouse has been a point of contention in the Sloan’s Lake neighborhood since before the property was rezoned last year to allow for the 12-story tower. The Sloan’s Lake Neighborhood Association is still pursuing an appeal in court to prevent the development.

Denver-based NAVA Real Estate is headed up by Trevor Hines, Don Larsen and Brian Levitt. Lakehouse will be their first Denver area development.

The three also built a multi-tenant retail center in Frisco since launching about three years ago, and has another condo development in the works on 20th Avenue in Uptown.

A model of the Lakehouse condominium project, which developers hope to begin in October. (Burl Rolett)

Deposits are coming in on the first homes at a major Sloan's Lake condominium building.