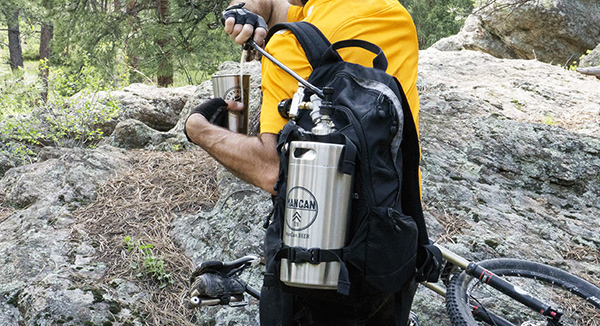 Startups selling tools to keep data from getting hacked and beer from going flat were among those claiming a slice of the $45 million invested in Colorado startups last month, according to a tally of SEC filings.

BusinessDen’s monthly survey of SEC Form Ds found that Denver startups raised $20 million, and Boulder startups raised $5 million. Tech startups throughout the state garnered $27 million. (You can download a sortable Excel file with all of the transactions here.)

InteliSecure, a Denver cybersecurity company, is using its $4 million raise to expand in the United Kingdom. And in Centennial, the makers of a portable beer keg called ManCan have tapped investors for $400,000 so far as they start to sell kegs in brewery taprooms.

But the largest single investment went to Louisville’s Staq Energy, a company formed last year that is developing batteries to store renewable energy. It has banked $10 million of a $30 million offering.

Also in Denver, the Rockies Venture Club led a $5 million funding round at P2Binvestor, a financial technology company trying to attract more companies seeking loans to its online marketplace.

The lone cannabis startup on the list was Green Sheep Nation, a holding company that manages other marijuana brands and disclosed a $2 million capital raise.

For purposes of its monthly tally, BusinessDen defines a startup as any company founded within the past 10 years that isn’t publicly traded and isn’t an investment fund.

To see all of the data on capital raised last month – and toggle by location, industry and age of company – download our spreadsheet. You also can explore a map of capital raises across the state this year.

Got a funding news tip or a question about the spreadsheet? Email Amy@BusinessDen.