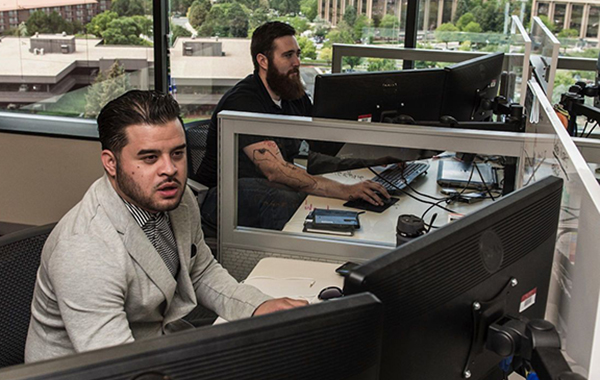 InteliSecure, which flags suspicious-looking uploads and downloads on its clients’ computer systems, disclosed its raise to the SEC on May 25. Overall, it has raised $12.1 million.

InteliSecure CFO Gary Schlisner said the company is “topping off” a previous capital raise from the fall.

“We were considering taking more money out at the time (of the acquisition),” Schlisner said. “Now we’re looking for a chief marketing officer – and we’re always looking for security talent to work in our operations here.”

And in the U.K., Schlisner said the company plans to double its footprint to a 9,000-square-foot office in Reading, England, by August or September.

InteliSecure is seeking a total of $5.5 million, the SEC filing said.

The company’s last capital raise was in October, when it netted $8.1 million to buy U.K.-based Pentura.

Schlisner said Pentura and his company had overlapping services. Each had customers for whom they tested networks for weak spots on a one-time basis, plus other customers that hired them to monitor their networks on a monthly basis.

But, he added, Pentura’s strength was one-time network testing while InteliSecure’s specialty is monthly monitoring it calls “managed security services.”

In October, InteliSecure CEO Rob Eggebrecht told BusinessDen that the acquisition helped to grow the company’s headcount without hiring along the Front Range, where high demand for cybersecurity workers has driven up salaries.

Every five minutes, its software automatically tries to break customer protections such as firewalls. If the system doesn’t detect a threat, an InteliSecure employee immediately can tell the customer there’s a problem.

“The way we are set up, we can view information more quickly,” he said. “Whereas most (managed security service providers) only send customers monthly reports.”

InteliSecure primarily works with health care, financial services and manufacturing companies, targeting those with 500 employees or more. It has about 400 customers total, Schlisner said.

Previously called BEW Global, InteliSecure was started in 2002. It employs about 130 people in Denver and 50 in the U.K., Schlisner said.

The company leases 20,000 square feet in the Denver Tech Center.