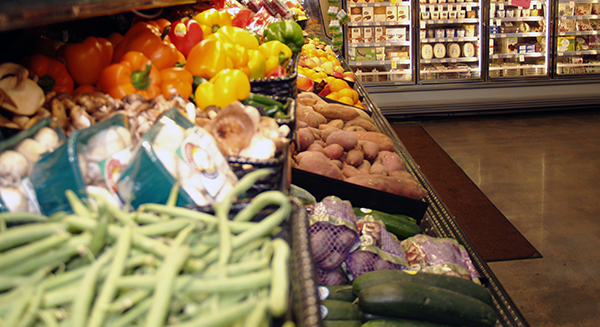 The produce aisle at a Natural Grocers.

By this time next year, RiNo residents will have a new question to answer: Paper or plastic?

Natural Grocers will open a new location at 38th Street and Brighton Boulevard early next year, CEO Kemper Isely confirmed Tuesday. The company will break ground on the new, 15,000-square-foot store in July or August.

The new Natural Grocers will sit at the western corner of 38th and Brighton, across from the Pepsi Bottling plant and south of the planned Blue Moon Brewery. Developer Equity Ventures Commercial Development (EVCD) bought the site last year for $3.75 million.

EVCD will develop the grocery store, and earlier signed up for build-to-suit deals for Natural Grocers on Tennyson Street in Berkeley, and at the corner of South Broadway and Dakota Avenue.

EVCD intends to maintain ownership of the real estate and lease it to Natural Grocers.

Isely said Natural Grocers has been looking for a spot in RiNo for more than a year. As developers swarm the growing neighborhood, he said one of the biggest challenges was securing a site amid heightened competition.

The store will follow the format Natural Grocers has used in most of its new, ground-up builds. The building will sit almost right on the corner of 38th and Brighton, with a 43-car parking lot along the Brighton side.

It will have a couple features that RiNo shoppers might need more than suburban customers do.

“It’s going to have a lot of bike racks, which is good for that area,” Isely said. “It will also have a charging station for electric cars.”

Natural Grocers has been on a roll in Denver in the last year or so.

The company transformed the former Elitch Lanes near 38th Avenue and Tennyson Street into a new Natural Grocers last year. Natural Grocers also put a new location at Alameda Avenue and Leetsdale Drive in Glendale, and has another coming for Wash Park West at Broadway and Dakota Avenue.

Isely is eyeing more neighborhoods for future stores, but declined to say where he’s looking.

The produce aisle at a Natural Grocers.

With fitness studios, a brewery every few blocks and coffee shops across from coffee shops, RiNo’s got everything you would expect in a Denver neighborhood. And next year, residents won’t even have to leave for groceries.

Nope. Vitamin cottage has neither paper no plastic. You have to use either reusable bags or their spare cardboard boxes if they have any.

Yes, thank you, Michael. Was just about to post the same thing.

RINO does have a grocery store! The Downing Supermarket has been there long before I moved to RINO in 2003. Support your local grocery.